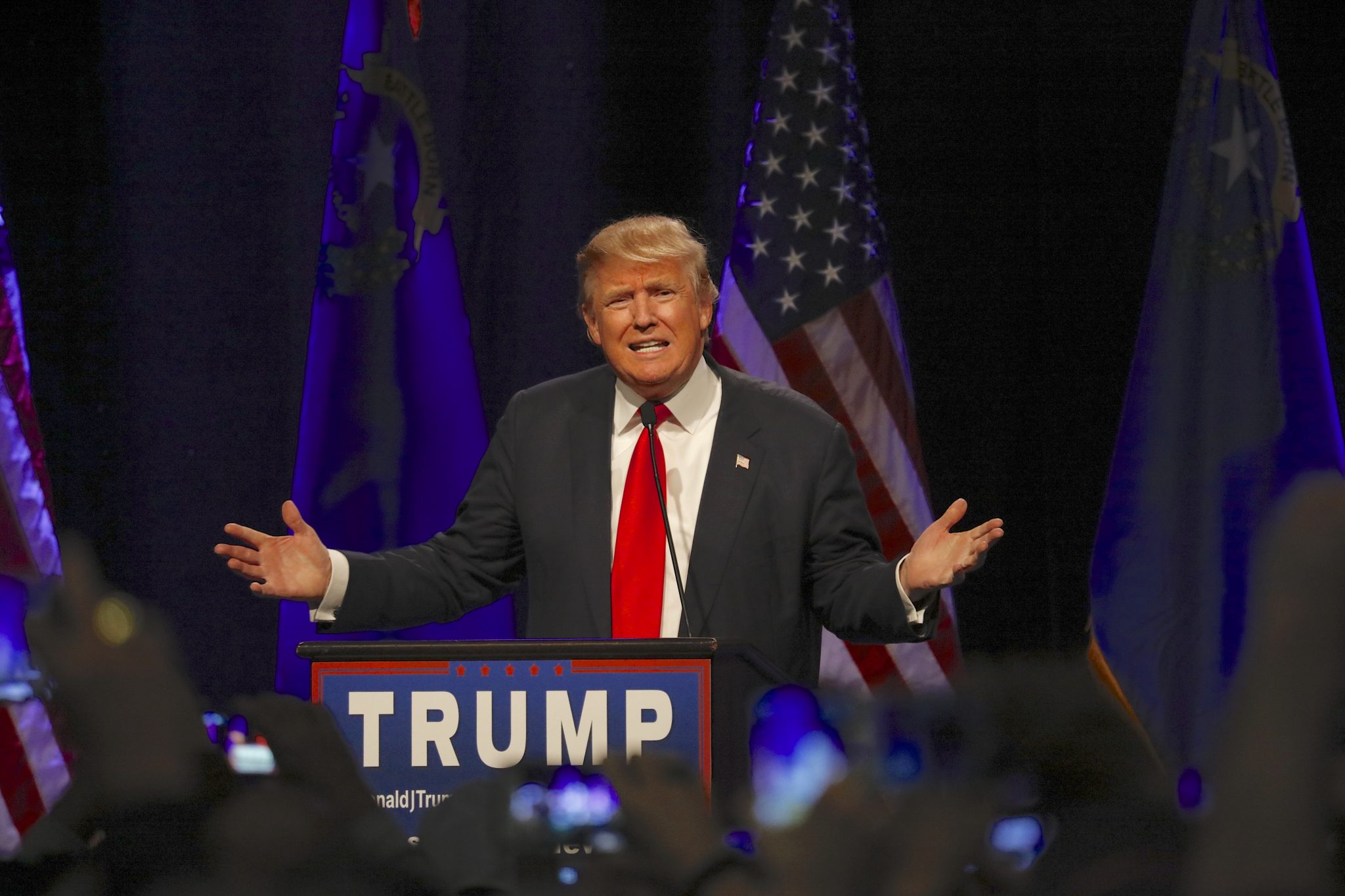 Last Monday — unbeknownst to one another — participants in two online events tackled the relatively unexplored subject of President Donald Trump’s sense of humor.

First, Scott Adams — “Dilbert” cartoonist, pundit, and author — argued in his morning podcast that Trump not only had a sense of humor, but that he might be the “greatest stand-up comic in history.” In the second event, commentators at a Biden-Harris fundraiser confidently asserted that the president had no sense of humor at all.

So which is it? Is Trump funny or not?

Humor as the Indispensable Tool

As an actor, TED Talk veteran, and public speaker, I’ve seen firsthand what a powerful a tool a good sense of humor can be. Friedrich Nietzsche (unfunny even by German standards) wrote that “we should call every truth false which was not accompanied by at least one laugh.” Making people laugh is often a necessary first step to making them think. If they don’t laugh, they won’t listen — and they certainly won’t pay money to watch you the next time you’re in town.

Still, I admit I’d never given much thought to Trump’s sense of humor until this week.

On Monday evening, the Biden Victory Fund sponsored on online fundraiser with Kamala Harris and Hillary Clinton. The hour-long Zoom call was hosted by comedians Amy Poehler and Maya Rudolph. The event was mostly an exercise in mutual admiration — lots of flattery and enthusiastic head-nodding. Harris seemed to be the most ill at ease, glancing down at her notes and gesticulating more than the sign language interpreter.

Around the 30-minute mark, Poehler gave a testimonial about how “humor can unite us,” noting how grateful she was that she and Rudolph were able to create shows that have given people some relief “during a very, very scary time.”

Hillary seized on this mild bit of self-promotion to bash Trump.

After praising her own good humor and alleged propensity “to make fun of herself,” she remarked:

I was struck the other night listening to one of the interviews about the books being written about Donald Trump and somebody said: He has no sense of humor. And it struck me: I’ve never seen him laugh. I’ve never seen him make fun of himself. And it is really telling that part of the cruelty and indifference and just the plain meanness that we see on a regular basis from him is in part because he has no sense of humor…. Kamala, have you experienced that, too, with him?

Of course, Harris immediately agreed as, like, only a Californian can, you know?

I totally agree with you, Hillary. There is nothing joyful about him.… And it’s such a shame, really, I mean on one level, you just have to feel like, you know, I mean, everyone should have something in their life that gives them the ability to smile — a genuine smile…. And having a sense of humor about oneself is kind of like being kind to yourself — like not taking it too seriously.

(A side note: Harris and Hillary seem to equate laughing with a great sense of humor, but this isn’t necessarily true. For instance, both women are quick to burst into fits of laughter, but they never once manage to be funny themselves.)

The Man Who Never Laughs

The idea of Trump as someone without a sense of humor — the Man Who Never Laughs — is hardly something that suddenly “struck” Hillary the night before she zoomed in for the fundraiser. In 2015, the “Trump-isn’t-funny” mantra became an article of faith for Democrats. They explicitly began discouraging people from laughing at — and especially with — then-candidate Trump.

“You know, I have to say, Seth,” Clinton told Seth Meyers in late 2015. “I no longer think he is funny.” A few months later, President Obama gravely informed Jimmy Kimmel that Trump “isn’t funny anymore.”

The theme continued unabated for the next four years:

It seems odd to try to paint Trump as a man without humor. After all, he starred in and produced the hit reality show The Apprentice, which regularly pulled in 10 to 20 million-plus nightly viewers from 2003 to 2007. Since 2015, he has drawn tens of thousands of adoring fans to his political rallies. There is even a photo of Bill and Hillary laughing uproariously with Trump and Melania at their wedding reception in 2005.

It’s unlikely that Trump would have made it this far if he couldn’t make people laugh.

Trump has said many silly, impolitic, and even outrageous things during his time in office. As a non-politician, he’s used to speaking his mind and does so indiscriminately. At his best, however, he has the uncanny talent to say exactly the right thing to make his fans laugh and his enemies howl. He voices real, honest assessments of people and situations that are instantly appealing and catchy. His coining of mean nicknames for people — while about as clever as a fifth-grader — has the effect of unsettling opponents and altering the terms of engagement. He also calls out the media on their overwhelming bias in ways no Republican has ever been willing to do.

Enter Scott Adams. Since 2008, the “Coffee with Scott Adams” podcast (formerly a blog) has analyzed current events “through a persuasion lens.” Quirkily independent in his politics, Adams is a keen-eyed student of American politics and media. In 2016, he was one of the few pundits who accurately predicted the outcome of the presidential election.

In Monday’s episode, Adams describes his recent interaction on Twitter with actress Daisy Fuentes. Fuentes tweeted that she believed Atlantic reporter Jeffrey Goldberg’s anonymous claims about Trump’s supposed remarks about interred American soldiers in France in 2018, “because they sounded like” his comments about John McCain in 2015. Back then, Trump said at the Family Leadership Council that McCain was not a war hero because he had been a POW. “I like people who weren’t captured,” he said.

In his podcast, Adams relates how that he informed Fuentes that Trump had actually stolen that line about McCain from a 2008 Chris Rock joke about the former Arizona senator. In other words, the president had been joking.

Fuentes countered that Trump could not be making a joke because he had no sense of humor.

[Trump] is the most successful stand-up comedian in the history of humanity. His rallies with gigantic audiences are literally stand-up comedy. He does it to entertain. He literally says funny things and his audience laughs. And they go because he will say funny things that will make them laugh.… You literally want to overthrow the government because you don’t recognize a joke.

Adams’ main point is undeniable — millions of Americans think Trump is hilarious and entertaining. Moreover, they are able to tell when he’s joking. As GOP strategist Brad Todd put it, they take him “seriously, not literally.” Yet Democrats — including Harris and Clinton — either miss this point or obstinately refuse to see it. Their hate blinds them to the fact that the president more closely resembles Jackie Mason than Mussolini.

Like all art forms, comedy is in the eye of the beholder. One might not find Trump’s stand-up routine particularly funny (I usually don’t), but that doesn’t render it “objectively” unfunny. Michelle Wolf, Garrison Keillor, and Sarah Silverman have never made me laugh, but I’d wouldn’t accuse them of not possessing a sense of humor.

I suspect the real reason that Democrats don’t find Trump funny is the same reason most Republicans don’t think Stephen Colbert is funny — no one enjoys being the object of ridicule.

After all, if you don’t get the joke, it’s probably on you.

Trump’s style of comedy — a free-form blend of insult-based slapstick (think Don Rickles) and deadpan performance-art comedy (think Sacha Baron Cohen) — is partly a reaction to the unprecedented barrage of vicious verbal attacks he has received since 2015. His preferred weapon against those who would destroy him is sharp-edged humor — “jest, poison in jest,” as Hamlet puts it. Most Republicans understandably no longer see a difference between attacks on the president and those on themselves, their political beliefs, their faith traditions, and their country. Trump has consciously accepted the mantle of champion of all those who support him and have been similarly vilified for their support.

For four years, Democrats have missed the jest, but drunk deeply of the poison. As a result, they now embody everything they claim to despise in Trump — hate, rage, intolerance, pessimism, and, yes, a miserable, puritanical humorlessness.

Will a loss in November make them reassess their approach to Trump and to their friends and neighbors who support him?