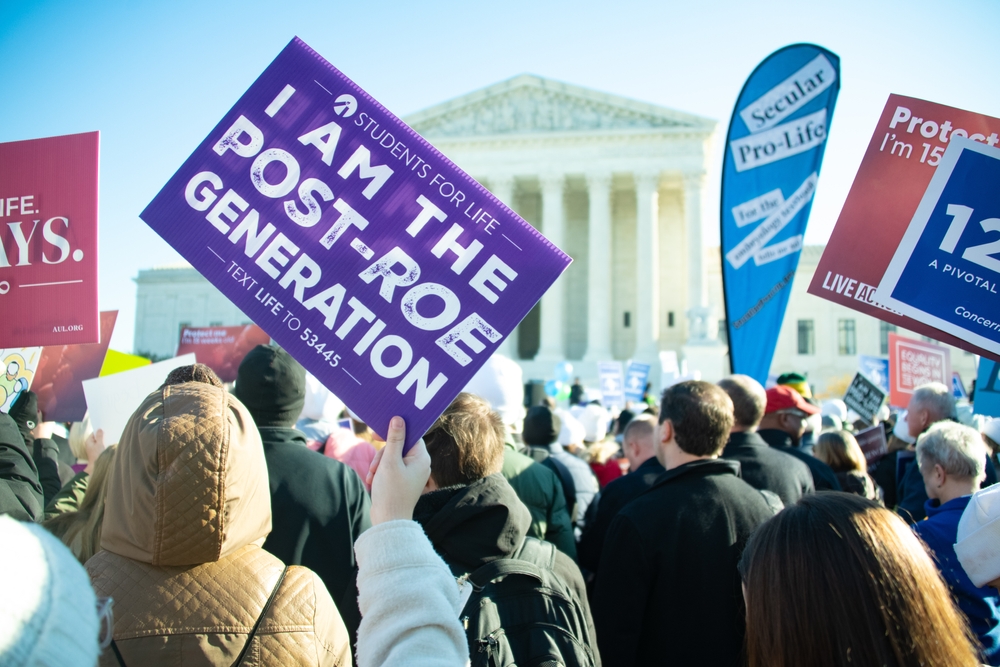 America started anticipating the Supreme Court’s decision in Dobbs v. Jackson Women’s Health Organization as soon as Justice Samuel Alito’s draft was leaked in early May. Public radio and media heavies sounded the tocsin for weeks in advance, but still had plenty of steam left when the decision finally was published on June 24.

Countless hardship stories and anecdotes — the last refuge of unprincipled argument — filled the air. But despite Alito’s cogent legal reasoning, there has been too little focus on what the opinion actually held. Much the same is true for Justice Clarence Thomas’s opinion in the recent New York gun case, New York State Rifle & Pistol Association v. Bruen.

What is common — and essential — to both cases? That part is simple: the United States Constitution. The New York case is all about what the Constitution says, while Dobbs is about what it doesn’t say.

The state of New York had a longstanding law conditioning gun permits on a demonstrated need for personal protection. Remember that old joke about the difference between the U.S. and the Soviet Union being that in the former, everything that isn’t prohibited is allowed, and in the latter everything that isn’t allowed is prohibited? That’s the essence of the New York gun case.

The Second Amendment to the U.S. Constitution states in full that “A well-regulated Militia, being necessary to the security of a free State, the right of the people to keep and bear Arms, shall not be infringed.” It’s not a “second-class right,” to quote Thomas. Ergo, the right to keep and bear arms is a right and not a privilege, so arms-bearers don’t need to seek the state’s permission. That’s what the Second Amendment says. (Of course, as my excellent friend Ralph Benko argues, the Second Amendment also explicitly guarantees the citizens’ right to serve in their state’s militia. See you on the village green at 7 the first Saturday of every month for training and practice.)

Now to Dobbs, which is all about what the Constitution doesn’t say. “Abortion” is a word that, along with a great many other words — such as “alcohol,” “marijuana,” and “rollercoaster” — does not appear anywhere in the text. Neither Justices Stephen Breyer, nor Elena Kagan, nor Sonia Sotomayor, nor their surely bright if perhaps incontinent clerks, can find it there.

Nor can penumbras and emanations be reasonably conjured to produce occult rights hidden within the Constitution. That’s a question to be settled through the republican process with legislation. This is what the states were doing in the early 1970s until certain parties became impatient and decided to solve their problem with an end-run through the courts.

None of the dissenters defend the legal reasoning in Roe v. Wade. Their critiques focus on the principle of stare decisis and the practical impact of revealing that the emperor Roe wore no textual clothes.

Anticipating this argument, Alito points out that Plessy v. Ferguson, which condoned the misbegotten practice of racial segregation under the tattered flag of “separate but equal,” was settled law for more than half a century before it was blasted away by Brown v. Board of Education. Suddenly America had to undo 50 years of apartheid.

Why? Because it was unconstitutional to treat folks differently on account of their race. Stare decisis be damned. Read it and weep — or rejoice.

That’s the thing to remember about the Supreme Court. It is bound by the Constitution, which is the supreme law of the land. Its decisions have precedential value in the lower courts, but its justices respect only the U.S. Constitution and reserve the right to correct earlier, erroneous interpretations.

The justices can, and do, overrule their predecessors’ decisions, even as they retain the power to let prior decisions stand (the literal meaning of stare decisis) when they conclude that it’s not worth upsetting the apple cart to correct them.

Roe was not one of those decisions, even though Planned Parenthood v. Casey had decided to leave it be. Neither was the New York gun case. And I’m hoping that, next term, Bakke, Gratz, and Grutter, cases that have allowed colleges and universities to engage in race-conscious admissions practices — ostensibly to remedy past discrimination (when? by whom? against whom?) — to the detriment of equally qualified Asian and white students, will follow Roe and Plessy into the shredder.

The Dobbs dissenters’ logic regarding stare decisis would have forever enshrined the dreadful Dred Scott case (denying citizenship to the descendants of slaves, much as Roe denied the personhood of the unborn). The Supreme Court is doing its job when it says what the law is, not what they think it should be. Robert Bork and Antonin Scalia, God rest their souls, should be pleased: As Justice Kagan said, “We’re all textualists now.”

The Constitution’s text must be the alpha and omega at the Supreme Court. The current majority is making it so, healing wounds inflicted in prior generations. May they live long and prosper.

Betsy Dorminey is an attorney in Georgia and an entrepreneur in Vermont. Her columns have appeared in The American Spectator, Western Journal, Townhall, Vermont Digger, and the Hill.