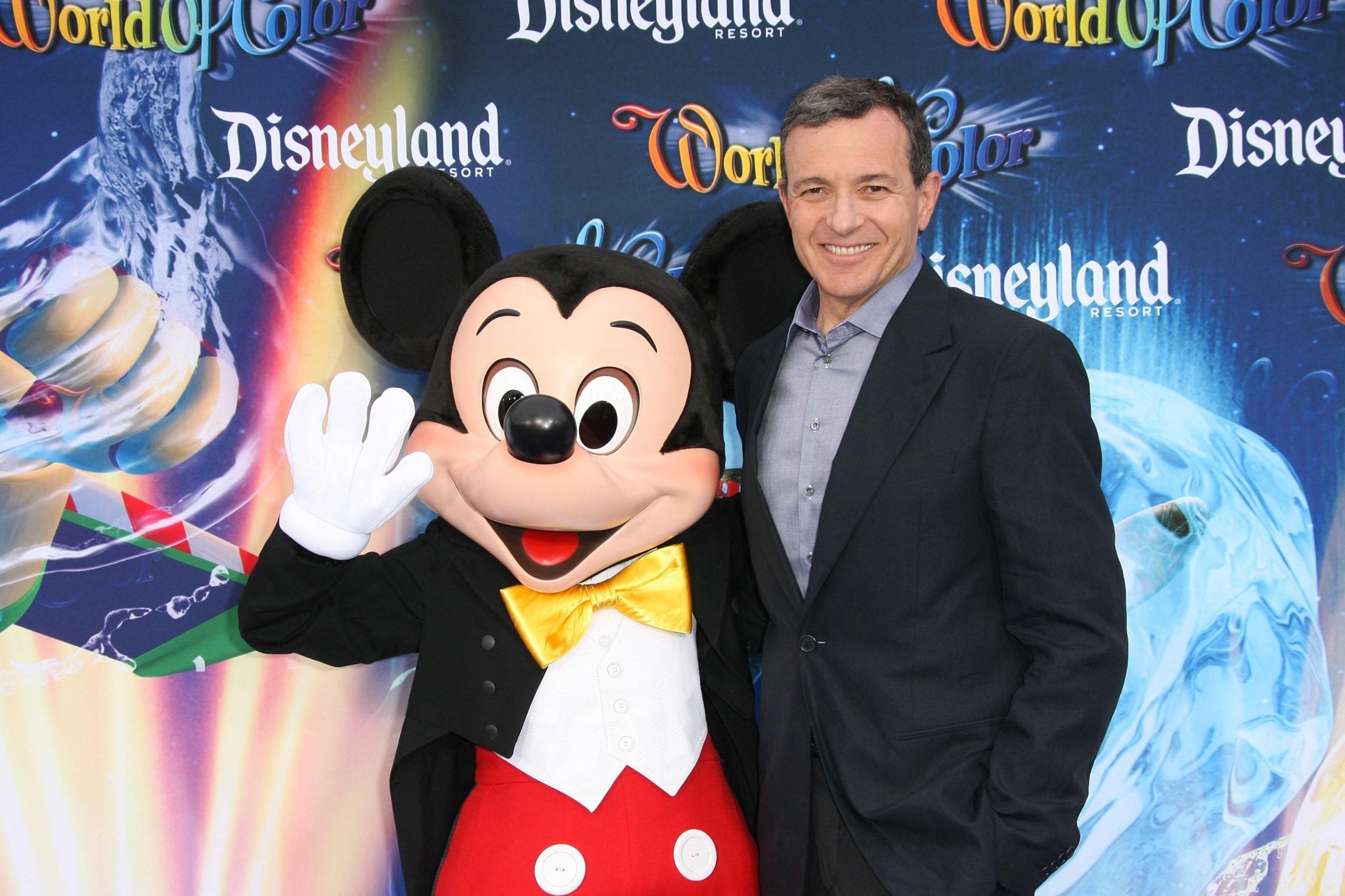 What would Walt Disney say?

On July 17, 1955, actor Ronald Reagan co-hosted an ABC special celebrating the opening of Disneyland. The show was a typical Disney production — upbeat, positive, a celebration of American life filled with fun and even bringing on actor Fess Parker, then starring in the very popular Disney series on frontiersman Davy Crockett.

They say that one man of vision can change the world. Well, maybe Walt Disney didn’t alter the globe, but he did make one small section of it a happier, friendlier, and more civilized place. And while it is said that faith can move mountains, Walt never tried. Instead, he built his own mountains, giving our children new summits, in what would become a small world of friendship and understanding.

The president of Disney, one Robert Iger, is sending out an entirely different message about the Disney company and its view of America. No longer is the company Walt Disney founded focused on “giving our children new summits, in what would become a small world of friendship and understanding.”

Instead here is the headline from an interview Mr. Iger gave to Reuters:

The story says in part:

ANAHEIM, Calif. (Reuters) — Walt Disney Co Chief Executive Bob Iger told Reuters on Wednesday it would be “very difficult” for the media company to keep filming in Georgia if a new abortion law takes effect because many people will not want to work in the U.S. state.…

Georgia’s Republican governor signed into law on May 7 a ban on abortion after a doctor can detect a fetal heartbeat — about six weeks into a pregnancy, before many women know they are pregnant. The law is due to take effect on Jan. 1, if it survives court challenges.

Asked if Disney would keep filming in Georgia, Iger said it would be “very difficult to do so” if the abortion law is implemented.

“I rather doubt we will,” Iger said in an interview ahead of the dedication for a new “Star Wars” section at Disneyland. “I think many people who work for us will not want to work there, and we will have to heed their wishes in that regard. Right now we are watching it very carefully.”

If the law takes effect, “I don’t see how it’s practical for us to continue to shoot there,” he added.

The new message of Walt’s old company is, in short, Disney hates America.

(Note, shameless book plug coming.) In my new book, Swamp Wars: Donald Trump and The New American Populism vs. The Old Order, I describe the Old Order as “a club of self-selected elitists who see themselves as intellectually and decidedly morally superior to their fellow Americans — particularly, today, Donald Trump and Trump-supporting Americans.”

This threat from Disney is exactly a Swamp War, with Disney now apparently overrun with Hollywood elites who see themselves intellectually and morally superior to their own version of Hillary Clinton’s “deplorables” — Disney customers.

Today the target is Georgia — but one can rest assured that any state that dares to offend the sensibilities and affectations of these arrogant Hollywood elites now in control of Disney will soon be targeted.

The question now? Will Americans who are sick of politics being injected into everything from football to Disneyland respond — by simply no longer patronizing anything Disney? The notion that Mickey Mouse has now been force marched into abortion politics is something one can only imagine would infuriate the company founder. Walt Disney was a conservative’s conservative, a staunch supporter of his friend Reagan’s bid for governor of California.

What’s happening with the Swamp War at Disney right now is in its own way a replay of the 2016 election. Arrogant and smug elites have made clear that they have nothing but disdain for the deplorable rubes who live, in this case, in Georgia. And in its own way it will backfire politically — infuriating Americans who will instantly understand the game Disney is playing — adding to their determination to re-elect President Trump.

One can only wonder who is the wizard advising Disney to involve itself in the middle of one of the most contentious issues in the last almost fifty years of American politics. Doing so without so much as a forethought that in trading in the Disney values Reagan identified as making Disneyland a symbol of “a happier, friendlier, and more civilized place” — in favor of values that practically scream “Disney Hates America” — may not be exactly the message Disney wants to have.

Somewhere one can only imagine that Walt Disney is not happy. With reason.