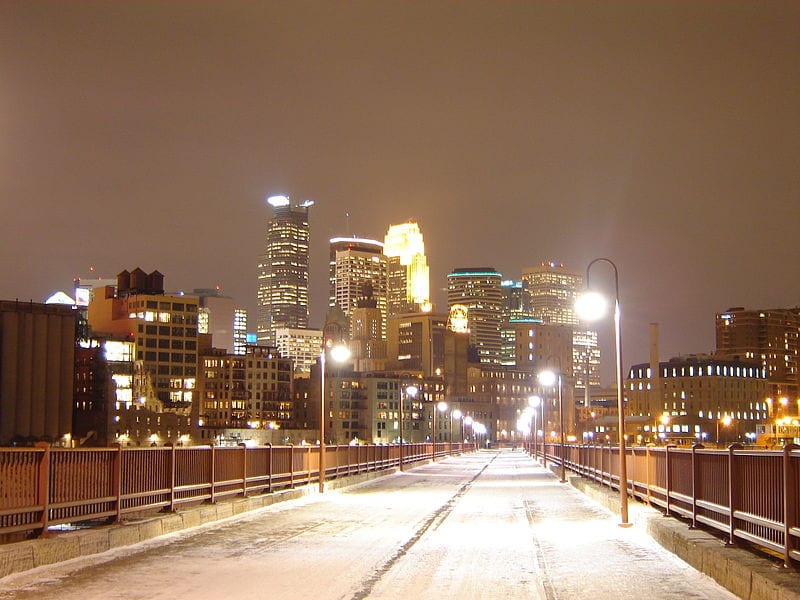 Calls for disbanding the nation’s police forces have mounted following the killing of George Floyd at the hands of a police officer in Minneapolis, Minnesota. One might think that these outlandish petitions are just the sound and fury of a few perturbed activists. But to many Americans’ surprise and horror, these calls have not fallen on deaf ears.

On Sunday, the Minneapolis city council announced their intentions “to end our city’s toxic relationship with the Minneapolis Police Department” and “to end policing as we know it.” A nine-person supermajority of the city’s 12-member council has formally promised to disband the city’s police force and to build “a new transformative model for cultivating safety in Minneapolis.” When it came to describing precisely what such a “police-free” public safety model might look like, the council nonchalantly admitted, “we don’t have all the answers,” but assured the public that “our community does.”

One would not be wrong to doubt that anyone in fact has the answers to what an American city might look like without its police force. Even before the official establishment of the U.S.’s first police department in 1838, informal night watches monitored towns for signs of danger and kept society from falling into chaos. Nevertheless, as the U.S. became increasingly urbanized, it was the inconveniences of city life without strict law enforcement that made the first police force necessary and led all major U.S. cities to establish police forces by the 1880s.

Few nations in history have been so foolish as to even discuss the termination of their own law enforcement, let alone actually do so voluntarily. To see why, one need look no further than the crime that persists in third world countries, where police are too poorly organized to enforce the law. Such countries have long served as a reminder to more developed nations to value their law enforcement.

A nation that once came close to abolishing its law enforcement is France. In 1793, after overthrowing the monarchical government, the National Convention established a new transformative model for cultivating safety, the Committee of Public Safety. The Committee was charged with, among other things, maintaining the public order. But it soon became clear that without traditional law enforcement dispassionately maintaining the peace, the word of the law meant nothing and crime and punishment were arbitrary. The Committee rapidly accrued political and military power and began using it to execute members of rival factions, as well as anyone else they deemed “a threat to the Revolution.”

While Revolutionary France may seem far removed from modern America, it is not to be discounted that the violence of the former might also occur in the latter, given similar circumstances. In the midst of the present protests, radical leftist groups like Antifa have already demonstrated that they are not opposed to the use of force to achieve their political ends. And looting criminals have readily presented themselves whenever police officers fail to step in and stop them. While not comparable to the French Revolution for loss of life, the lawlessness of these present protests does harken back to the anarchistic violence of the Reign of Terror.

It should come as a shock to no one that dismantling traditional law enforcement is a bad idea. It is a fact of human nature that mankind is prone to misbehave. As James Madison put it, “If men were angels, no government would be necessary.” But for 6,000 years of recorded history, law enforcement of one kind or another have been absolutely necessary for the preservation of civilization as we know it.

Does the Minneapolis city council suppose that in the year 2020, Minnesotans have finally evolved enough to be able to maintain the public order without the aid of a police force? Do those demanding the disbanding of police departments presume that all will carry on as normal absent this fundamental, prehistoric corrective on human nature?

By any standard, these petitions are irrational and border on absurdity. While there may be plenty of room for reform within our cities’ police departments, these calls for disbanding are founded not on reason, but on emotion and a lack of heed for history. It should disturb every law-abiding citizen that such petitions have become widespread and that people in positions of power are beginning to take them seriously.