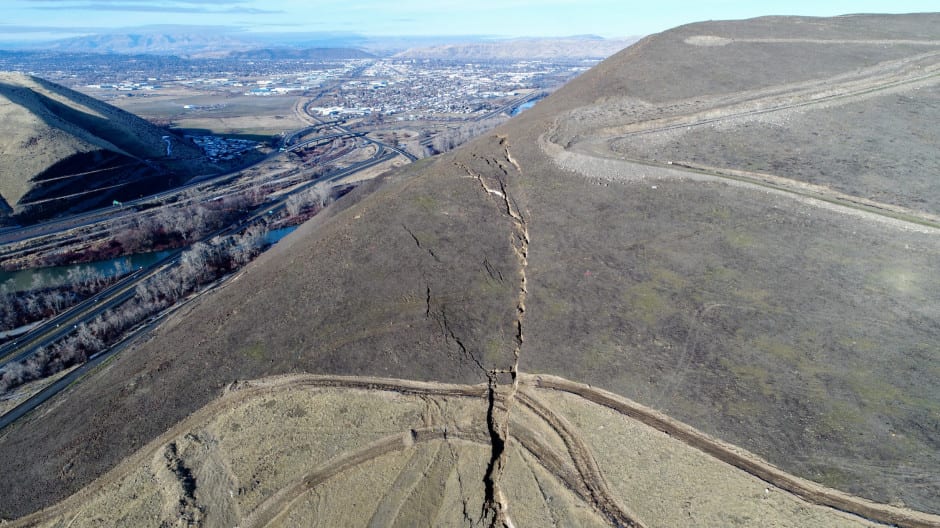 Geologists at the Washington State Department of Natural Resources warn that an imminent landslide threatens the homes of about 70 people along a sliver of land called Rattlesnake Ridge. Residents have been offered five paid weeks at a hotel, and most have taken it. They’re still returning home every few days to take care of animals, with no permanent solution. What happens after five weeks?

These stories of displaced people are heartbreaking. One mother told the newspaper, “We have to move and we don’t have enough money… I’m alone with my son and I’m pregnant, so it’s not easy.” Nature can be cruel, far too often.

So many people are rendered homeless by disasters, that a global organization tracks the numbers. The Internal Displacement Monitoring Centre reports that about 20 million people become homeless every year because of conflict, violence, and especially natural disasters.

Hurricane Katrina destroyed 800,000 homes, displacing over a million people, and taxpayers spent at least $110 billion rebuilding over the next decade. Superstorm Sandy displaced 341,000 people in New Jersey alone; several years later 14,000 have still not replaced their lost homes, despite $65 billion in aid. That’s how we react to such crises — with money.

Americans are charitable. They send money, food, and other relief around the world when disaster strikes. They take in refugees from anywhere, but have no good solutions for the people on Rattlesnake Ridge. However, we may have a unique relief option few have ever considered. What if, instead of spending money to rebuild in the same disaster-prone places, we offered land to build somewhere else? That is the question behind a new idea called “disaster relief homesteading.”

Many people vividly remember the tragedy that followed a prescribed fire set by the Forest Service in New Mexico in 2000. The fire burned out of control and quickly became a major catastrophe, destroying over 400 homes in Los Alamos and threatening to burn down much of the city. Adding insult to injury, then-Interior Secretary Bruce Babbitt told the press that entire towns had been built where people probably shouldn’t live anyway. It seemed heartless at the time and he was harshly criticized. But in recent years, with heightened attention on global warming and rising sea levels, many analysts have questioned whether people ought to live in low-lying coastal regions, almost certain to flood eventually. Others openly wonder why people live near California’s San Andreas Fault, in Kansas’ “tornado alley,” or any place where earthquakes, hurricanes, floods, and wildfires are constant threats.

Obviously, natural disasters can be unpredictable, but there are areas where such events are anything but. Thus, we often wonder why taxpayers should bail out folks who choose to live in such places. Isn’t this a free country, where people can move? Maybe, but is it really a choice? What options do people have who lose their homes, are stuck with worthless property, and are left without money to rebuild? How can they afford to do so? Where else can they go? What if Congress does not come to the rescue?

Those are precisely the questions fueling this “disaster relief homesteading” idea. That is, homesteads available not to everyone, but to displaced disaster victims. It is intriguing because America has an enormous resource we never think of at such times — 650 million acres of publicly-owned land.

Proponents suggest making a simple deal with displaced people. They could trade their damaged property for federal lands identified for this purpose, in places less susceptible to floods or other disasters, in lieu of any public bailout. People could move to a new location without having to buy the property. Insurance might still replace their homes, but in places less vulnerable to a repeat disaster. The government might avoid a net loss of public lands by trading for the existing deeds, thus acquiring land along rivers and oceans, often in areas of potentially important habitat.

There are obvious advantages to both sides in such a trade. The public could save billions in disaster bailouts, instead offering parcels of land we already own. Even if taxpayers paid to build the streets, install utilities and other infrastructure, it would still cost less than Katrina-type bailouts. The victims might move to better locations for less money, and their insurance premiums would be lower. It might not work for all victims, such as renters who do not own property. But landlords might take advantage of the opportunity and build apartment houses in safer locations out West, thus offering new affordable rentals.

The idea raises lots of questions, but it might be worth exploring the next time disaster strikes. We can pay for temporary hotel rooms, and even rebuild entire cities, but after all is said and done, New Orleans is still below sea level, and Rattlesnake Ridge is still a landslide. Maybe instead of throwing good money after bad, we could simply offer victims a safer place to rebuild their lives.