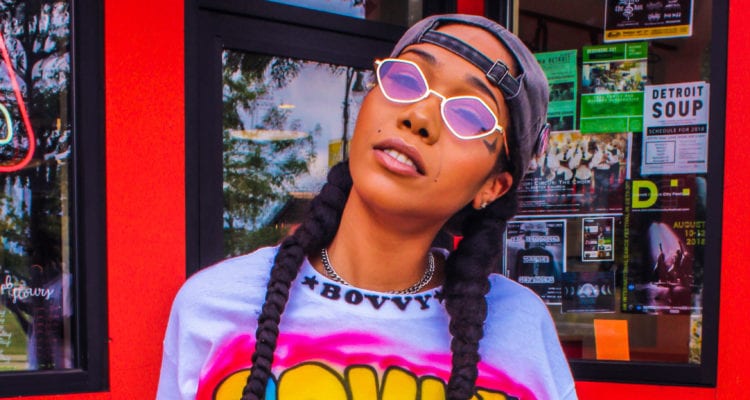 The organizers of the August 3 Detroit music festival AfroFuture Fest sparked outrage when the organization charged “people of color,” or POC, an early bird rate of $10 for entrance to the music and art festival while charging white people (non-POC) $20. When the ticketing website Eventbrite refused to engage in ticket price discrimination, the festival’s organizers attempted to bypass the site’s ban on the practice. Finally, they changed course and now charge all attendees the same price.

An official statement by AfroFuture on Eventbrite explained their original pricing rationale, stating that their goal is to make sure “the most marginalized communities (people of color) are provided with an equitable chance at enjoying events in their own community (black Detroit).” According to event organizers, affordable ticket prices often lead to wealthier “people from outside the community” taking away opportunities for local POC to enjoy entertainment in their own cities.

Not willing to abide by this discriminatory policy, biracial rapper Jillian Graham, or “Tiny Jag,” was vocal in her withdrawal from the festival. According to Graham, she could not justify performing at an event that would have seen many of her family members subjected to an inherently racist policy.

Eventbrite followed suit, saying that ticket sales would be halted through the platform if AfroFuture did not change its discriminatory pricing structure. According to a spokeswoman for Eventbrite, “We do not permit events that require attendees to pay different prices based on their protected characteristics such as race or ethnicity.”

Eventbrite’s statement should be uncontroversial in the year 2019, and it did prompt AfroFuture to change its admission pricing by removing the POC vs. non-POC distinction on Sunday, July 7. Despite this, event organizers still worked to circumvent the website’s policy against discriminatory race pricing. Tweaking the linguistic details of its ticket offers, an “optional donation ticket type still based on a protected characteristic” was added. But Eventbrite saw through the gimmick and removed this ticket category.

AfroFuture makes it clear that, for them, equity (what they define as “ensuring everyone else has what they need to be successful”) takes precedence over equality (“treating everyone the same”). This open call for the active separation of people based on race is cemented with the final sentence of their statement: “If you don’t see my blackness, you don’t see me. Periodt (sic)!”

Event organizers Numi Ori and Francesca Lamarre were unrepentant about their attempts to codify racial differences in AfroFuture’s pricing structure. Ori stated on her Facebook page that the policy was enacted because “marginalized Black and Brown communities can be easily co-opted by those with cultural, monetary, and class privileges.”

Their line of reasoning co-opts the worst elements of Marxism and racism: from the former, the tendency to see the world as defined by inevitable class struggle between groups with differing interests; from the latter, inextricably linking race and social status (i.e. intersectionality) and pressing for preferential treatment of POC over non-POC.

Switch the races, and the AfroFuture Fest organizers reason look a lot like pro-Apartheid architects of South African race policy from seventy years ago. Discrimination against non-POC festival attendees is justified as a means of empowering marginalized communities.

AfroFuture Fest is part of a troubling movement away from the non-discrimination and equality that Dr. Martin Luther King and other warriors for equal rights fought for, and towards a policy that puts identity first. Intersectionality is inherently discriminatory, and, in the case of the AfroFuture organizers, it is also racist. Far from a progressive policy, deciding ticket prices based on race is deeply regressive and has its roots in some of the most violent and evil ideologies of the past two centuries.