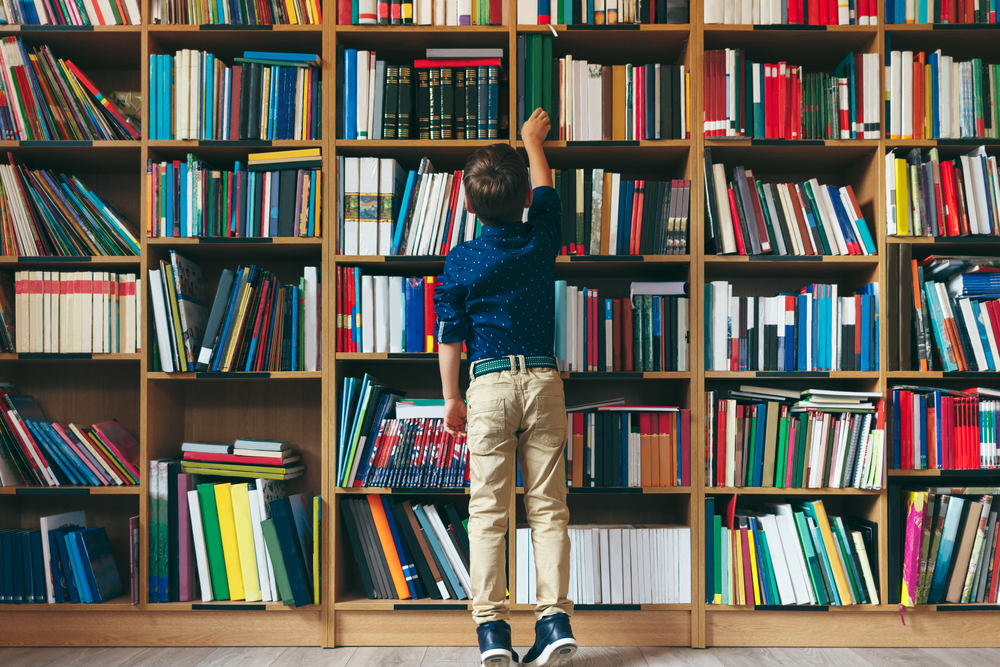 On Tuesday, Florida’s GOP Gov. Ron DeSantis signed legislation strengthening civics instruction and literacy education in the state’s public schools. This includes providing a library of “Portraits in Patriotism” based on personal stories of those who immigrated to the U.S. after being persecuted in nations like Cuba and Venezuela.

The following is a recommended list of books for Gov. DeSantis’s “Portraits in Patriotism” library. These are all true stories of people who fled the clutches of communism for better lives in the United States or other parts of the free world, or otherwise survived communist persecution. Check them out, and share them with the students in your life!

The Aquariums of Pyongyang: Ten Years in the North Korean Gulag by Kang Chol-Hwan. The true story of a son of Korean immigrants from Japan duped by false promises of an economic boom to settle in North Korea following the end of World War II. Rather than finding prosperity and peace, the author and his family were sent to the gulag by the North Korean regime. Chol-Hwan survived and fled to South Korea, where he currently lives.

Confucius Never Said by Helen Raleigh. The true story of the author and her family’s four-generation struggle against the Chinese Communist Party. Raleigh immigrated to the United States, where she currently lives.

Escaping the Khmer Rouge: A Cambodian Memoir by Chileng Pa with Carol A. Mortland. The true story of Chileng Pa’s life under the Khmer Rouge, whose guerrillas murdered his wife and son, and his escape to the United States.

Fear No Evil by Natan Sharansky. The true story of a Soviet Jewish refusenik who was falsely imprisoned for eight years by the USSR for high treason, and then released through a prisoner exchange in Berlin. He immigrated to Israel, where he still lives.

The Gulag Archipelago: An Experiment In Literary Investigation by Aleksandr Solzhenitsyn. This three-volume set is a composite account of dissidents’ experiences in the Soviet Gulag, including the author’s. The Soviet Union expelled Solzhenitsyn in 1974. He briefly lived in West Germany and Switzerland and then lived in the United States for almost 20 years. He returned to post-USSR Russia in 1994 and lived there until he died in 2008.

In Order to Live: A North Korean Girl’s Journey to Freedom by Yeonmi Park. The true story of a North Korean defector who fled to China with her mother. The two then moved to South Korea by way of Mongolia. She now lives in the United States.

Journey into the Whirlwind by Eugenia Ginzburg. The story of the author’s life as a citizen in Stalinist Russia followed by her 18-year imprisonment in the gulag. She remained in the USSR following her release from prison in 1955 until her death in 1977.

Just Send Me Word: A True Story of Love and Survival in the Gulag by Orlando Figes. A nonfiction work based on over 1,200 letters from 1946 and 1954 between Lev Mishchenko, a Russian political prisoner in the gulag and his then-girlfriend (they later married), Svetlana Ivanova. Mishchenko had served in the Soviet Army fighting Nazi Germany in World War II and had falsely been accused of treason. Following his release in 1954, they continued to live in the USSR and then in post-communist Russia for the rest of their lives.

A Kim Jong-Il Production: The Extraordinary True Story of a Kidnapped Filmmaker, His Star Actress, and a Young Dictator’s Rise to Power by Paul Fischer. The true story of North Korea’s separate kidnappings of a South Korean director and then his wife, a South Korean actress, their enslavement to the North’s propaganda machine, and their bold defection to the West in Vienna. They immigrated to the United States, and later returned to South Korea for the rest of their lives.

Life and Death in Shanghai by Nien Cheng. The true story of the author’s arrest and six-year-plus imprisonment during China’s Cultural Revolution on false charges of her being a British spy. Cheng later immigrated to Canada and then to the United States, where she died in 2009.

Operation Pedro Pan: The Untold Exodus of 14,048 Cuban Children by Yvonne M. Conde. In the early 1960s, many Cuban parents, with help from the U.S., sent their children out of Cuba to avoid compulsory Marxist education. The author was one of these children. She now lives in the United States.

Sakharov: A Biography by Richard Lourie. Though he never defected to the West, Andrei Sakharov was forced into internal exile in the USSR from 1980 to 1986. He is credited as the founder of the USSR’s hydrogen bomb but later became an advocate for disarmament and human rights. He died in the USSR in 1989.

Triumph Over Tyranny: The Heroic Campaigns That Saved 2,000,000 Soviet Jews by Philip Spiegel. The story of the persecution of Jews in the USSR and the international campaign to free them from the clutches of communism. Millions of Soviet Jews immigrated to the United States and Israel.

Voices of Vietnamese Boat People: Nineteen Narratives of Escape and Survival by Mary Terrell Cargill and Jade Quang Huynh. The stories of 19 South Vietnamese who fled the tyranny of Hanoi’s communist regime by boat, eventually immigrating to the United States.