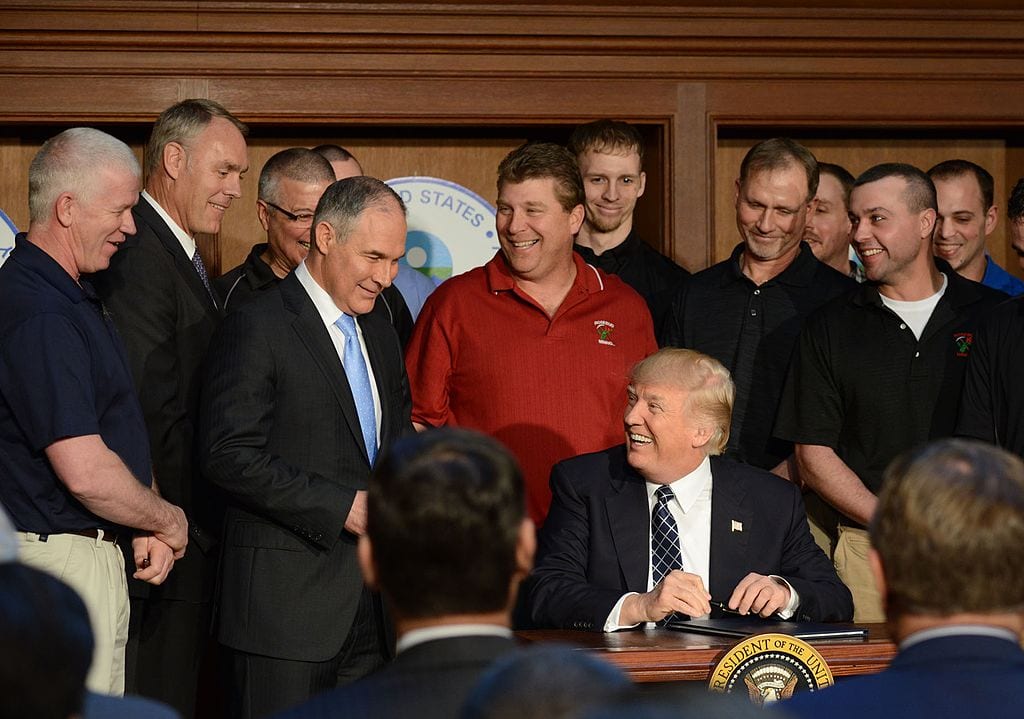 The U.S. Department of Interior (DOI) is taking a page out of the U.S. Environmental Protection Agency’s (EPA) playbook. Finally, DOI is improving the transparency behind the science used to develop regulations on the millions of acres of public lands it controls. Additionally, DOI is altering the legal actions it takes in response to lawsuits, actions which often result in costly policy changes affecting Americans across the country.

Although consent decrees or settlements may sometimes be a prudent means to avoid costly and drawn-out litigation in cases DOI is likely to lose, Zinke notes, “concerns have been raised”. DOI has used the litigation process to undermine the procedural safeguards Congress put in place to ensure the public has input into policymaking.

Thanks to Order 3368, DOI’s responses to lawsuits will be altered in a number of ways.

For example, the order requires DOI to file public notice of all litigation, proposed settlement agreements, and consent decrees in the Federal Register. Another provision provides a process for public input before Interior can approve a settlement with significant policy implications or large payouts.

Under the order, DOI must establish a publicly accessible “Litigation” webpage, prominently linked in the federal Office of the Solicitor’s homepage. Entries on this page must include the names of the parties involved in litigation, the case number, the date filed, the court where the complaint was filed, and the statutory or regulatory provisions at issue in the complaint.

By December 11, 2018, DOI must begin posting on the Litigation webpage a searchable list of final judicial and administrative consent decrees and settlement agreements governing DOI’s actions. The summaries must include a brief description of each decree or agreement, details of any attorney fees or costs paid, and a link to the text of the decree or agreement.

EPA’s website now includes a page titled “Notices of Intent to Sue the U.S. Environmental Protection Agency,” providing details of nearly 300 notices of intent to sue, mostly from citizen groups plus a few from state and local government bodies, with a separate table listing about 380 active environmental cases, and a third table providing details of 15 finalized consent decrees and settlement agreements.

In another pro-transparency, pro-accountability move, in September, DOI followed EPA’s lead once again by implementing a policy intended to improve the transparency, integrity, and quality of the science its agencies use to make decisions. Going forward, officials may only use scientific studies or findings whose underlying data are publicly available and reproducible, with few exceptions. EPA proposed a similar policy this year.

DOI’s policy covers the science used by the wide variety of bureaus and agencies under its jurisdiction including the Bureau of Land Management, the National Park Service, the U.S. Fish and Wildlife Service, and the U.S. Geological Survey. From now on, the science used to shape policies ranging from endangered species determinations and protections, to decisions about grazing, hunting, mining, and oil and gas production on public lands and offshore will be sound and publicly available.

Announcing the policy, Deputy Secretary David Bernhardt said the order is intended to ensure DOI “bases its decisions on the best available science and provide the American people with enough information to thoughtfully and substantively evaluate the data, methodology, and analysis used by the Department to inform its decisions.”

“This order came about in response to perennial concerns that the department has not been providing sufficient information to the public to explain how and why it reaches certain conclusions, or that it is cherry picking science to support pre-determined outcomes,” Interior spokeswoman Faith Vander Voort said in a statement.

People have a right to know what their government is up to, yet under previous administrations the science used to justify regulations and policies and the terms of settlement agreements at DOI often blindsided local, state, and tribal governments, industries, public land lessors, and private land owners adjacent to public properties. Even worse, these decisions imposed huge costs on them with little or no notice based on science hidden from public view. This was unfair, amounting to regulation behind closed doors.

These orders should improve the transparency and soundness of DOI’s policies by giving the general public, we who pay DOI’s bills and for whom they are supposed to work, some input into its decisions.

President Donald Trump’s DOI is giving the government back to the people, or at least ensuring we have oversight of and influence on it. Only environmentalists and crony capitalists who historically, in secrecy, have wielded inordinate power over government policy could be opposed to that. Every other department and agency should follow the trail blazed by EPA and DOI.

Sterling Burnett, Ph.D.(hburnett@heartland.org) is a senior fellow on energy and the environment at The Heartland Institute, a nonpartisan, nonprofit research center headquartered in Arlington Heights, Illinois.