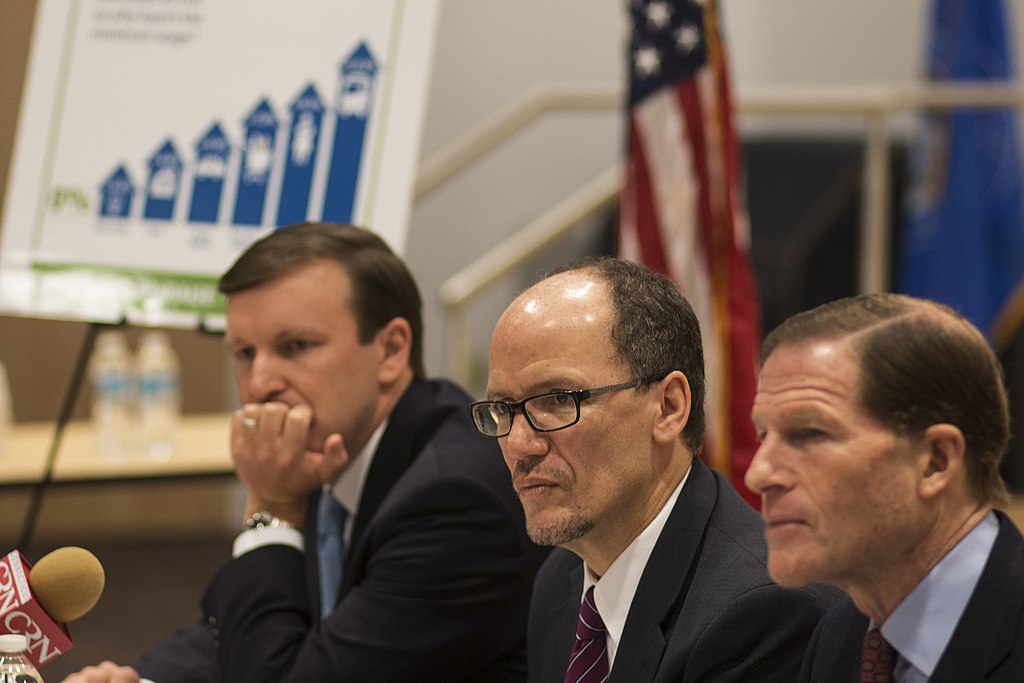 Two hundred Congressional Democrats determined to take down the Trump presidency are suing in federal court, claiming the president is violating a provision of the U.S. Constitution. This lawsuit lays out the Democratic Party’s roadmap to impeachment.

Friday a federal judge gave the lawsuit the go- ahead. Democrats are suing based on the Constitution’s obscure “emoluments clause.” They’re intent on making “emoluments” a household word.

What’s an emolument, anyway? It’s a gift that could be used to bribe an official.

The Constitution bars U.S. officials from taking “any present, emolument,” title or job from foreign governments. “If discovered,” framer Edmund Randolph explained in 1788, the president “may be impeached.” The framers wanted to prevent bribery and influence buying.

In 1785, two years before the Constitution was written, Benjamin Franklin returned from a diplomatic mission to France carrying a gift from King Louis XVI — a gold box encrusted with diamonds. He set the precedent by offering the gift to Congress, to avoid even the appearance of undue influence or a quid pro quo. The framers made Franklin’s precedent the rule for any gifts received from foreign governments.

But Democrats are twisting the meaning of emoluments, preposterously claiming that when Trump International Hotel in Washington, D.C. rents a room or party space to Saudi Arabia or another foreign government at the market rate, the payment is an “emolument” or bribe to the President.

Senator Richard Blumenthal (D-Conn.) announced the lawsuit’s purpose is “to hold the president accountable for violating the chief corruption prohibition” in the Constitution.

Don’t buy it. The lawsuit’s real purpose is a fishing expedition to force Trump to turn over his business records.

Democrats are teeing up the emoluments issue now, in case they take the House in the midterm elections. If they do, they can vote for Articles of Impeachment by a simple majority.

Even if they have the votes, they won’t have the facts on their side. A gift is one thing, a routine business transaction is different. If foreign officials play golf on a Trump course, or buy an apartment at Trump Tower and pay the same price as anyone else, where’s the corruption?

Calling arms-length transactions with foreign countries “ emoluments” would disqualify all major business owners from the presidency, an idea career politicians must love.

It would take Michael Bloomberg out of the running, as well as other big names likes Jeff Bezos and Bill Gates.

In February, Trump donated the 2017 profits from business dealings with foreign governments — at his hotels, resorts, and other real estate holdings — to the U.S. Treasury.

In response to lawsuits, Trump explains that he doesn’t keep track of which countries are renting rooms or holding events at Trump International. A trust is running Trump’s businesses without the president’s oversight, and the arrangement also includes a complete ban on new foreign deals.

It’s a far cry from the unsavory closeness between Secretary of State Hillary Clinton’s government dealings and the Clinton Foundation. She turned her government office into a cash machine for her family foundation. Just what the emoluments clause was intended to prevent.

At Clinton’s Senate confirmation hearing in 2009, members of the Foreign Relations Committee raised concerns that the Clinton Foundation would be a “temptation for any foreign entity or government that believes it could curry favor through a donation.” It would look like the U.S. government was up for sale. Too bad, Clinton said.

The money poured in. For example, a $500,000 gift from Algeria in 2010 and a $1 million gift from the country of Qatar in 2012, while these countries were lobbying the U.S. government. The Qatar gift only came to light in an email disclosure in 2016.

Violating the emoluments clause is a serious offense, punishable by impeachment. But Trump’s the wrong target. When Hillary routinely violated the clause, Democrats were silent. Their sudden interest now is obvious hypocrisy.