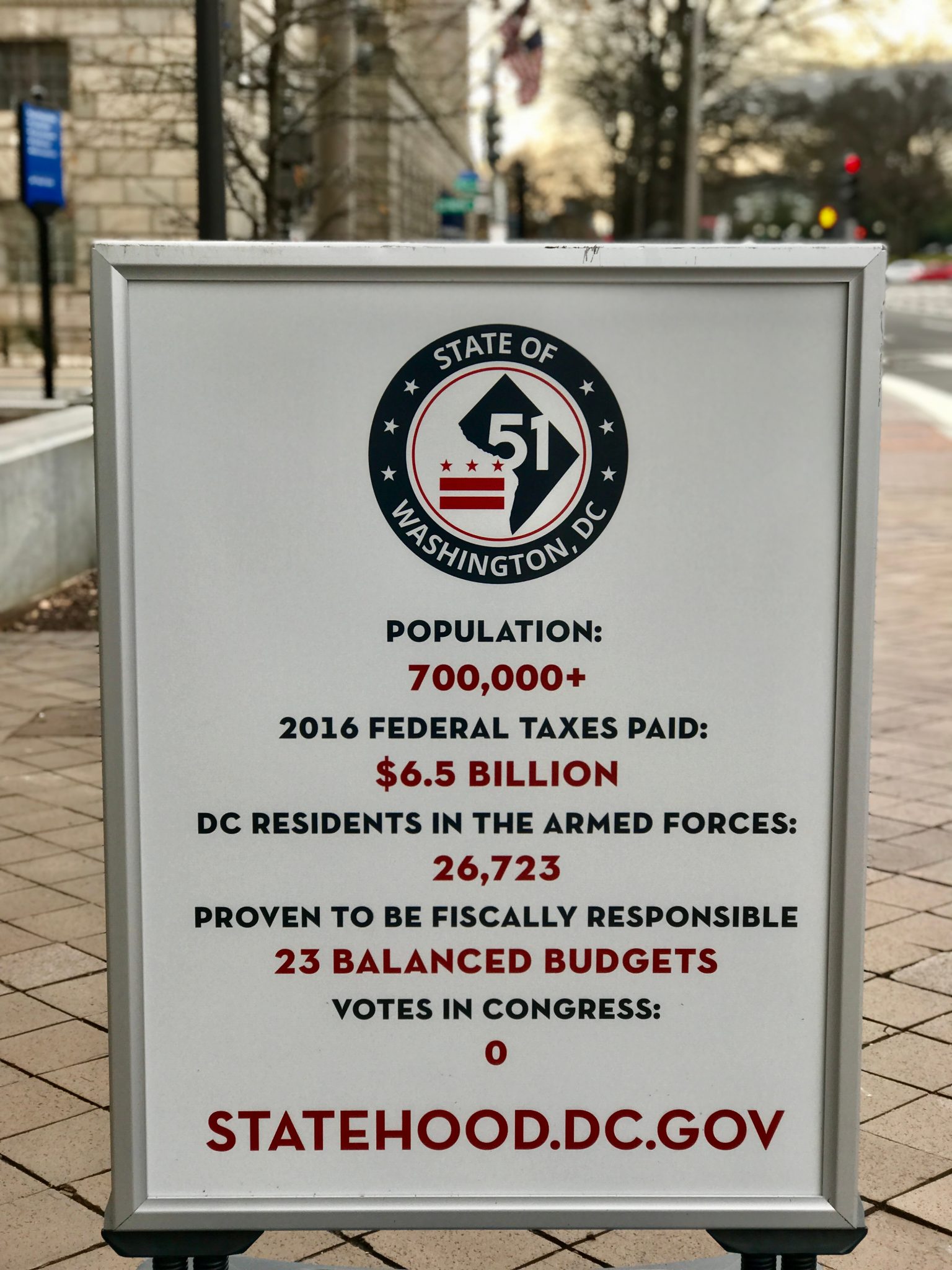 Democrats have once again crafted a bill that would enable the District of Columbia to enter the Union as its 51st state. H.R. 51 is set to become the first D.C. statehood bill since 1993 to receive a vote in Congress after the House announced plans to hold a vote next week. This most recent push in the decades-old endeavor was spurred by the aftermath of the coronavirus and George Floyd’s death. Advocates of statehood have pointed to the police violence against protesters at Lafayette Square and the reduced coronavirus relief package provided to D.C. by Congress as the most recent injustices against the District’s population.

Admitting new states into the Union has historically been so divisive that it has often been done in pairs so as to prevent one party from gaining an edge over the other.

The 23rd Amendment gave residents of Washington, D.C., the power to appoint electors in presidential elections more than 50 years ago. But as long as D.C. has been the capital of the United States, it has been denied the power to elect congressmen to serve in the House and Senate, as do the states.

Despite the Founders’ intent that the “Federal City” should be set apart from the rest of the states as a special district governed directly by Congress, Democrats have long argued that it is unjust that D.C.’s residents should have no representation in Congress. H.R. 51 would place D.C. “on an equal footing with the other states,” which entails, among other things, a right to voting representation in Congress. Democratic lawmakers insist that this is a matter of “fairness” and “democracy” and that it is simply “the right thing to do.”

Can we please stop pretending that D.C.’s statehood is about democracy and equal representation? Adding new states to the Union has ever only been about one thing: two Senate seats. Admitting new states into the Union has historically been so divisive that it has often been done in pairs so as to prevent one party from gaining an edge over the other. The history of statehood in the Midwest was one of endless debate, compromise, and even bloodshed, all to maintain the delicate balance of slave and free states represented in the U.S. Senate.

The Senate was designed to accomplish the dual task of tempering the legislative enthusiasm of the House and giving the legislatures of less populated states equal representation in government; democratic representation was never the purpose of the Senate. Nevertheless, the ability to win two seats in the higher legislative body, simply by creating new states, has always proved an irresistible temptation for political parties looking to consolidate power in Congress. Democrats are once again employing this divisive, partisan tactic at a time when America is already incredibly divided.

Democrats now aim to upset the balance of 100 senators that has stood for over 60 years by giving the District of Columbia two additional seats in the Senate. According to the D.C. board of elections, as of 2014, 76 percent of voters are registered Democrats, while only 6 percent are registered Republicans. On account of this overwhelmingly Democrat-voting population, D.C.’s theoretical Senate seats are virtually guaranteed to be held by Democrats.

With 224 Democrat cosponsors, H.R. 51 is certain to pass the House next week, the first time in history a D.C. statehood bill has passed a house of Congress. The 1993 House vote failed 277 to 153. This week, House Majority Leader Steny Hoyer expressed his hope that Senate Majority Leader Mitch McConnell will transcend partisan politics and allow a Senate vote on the legislation. This is somewhat ironic, because adding states to the Union is about the most partisan activity in U.S. history. Despite all the sound and fury about fairness and democracy, Democrats’ asking that D.C. be put “on an equal footing with the other states” is just the polite way of saying, “Please give us two more Democrat seats in the U.S. Senate.”