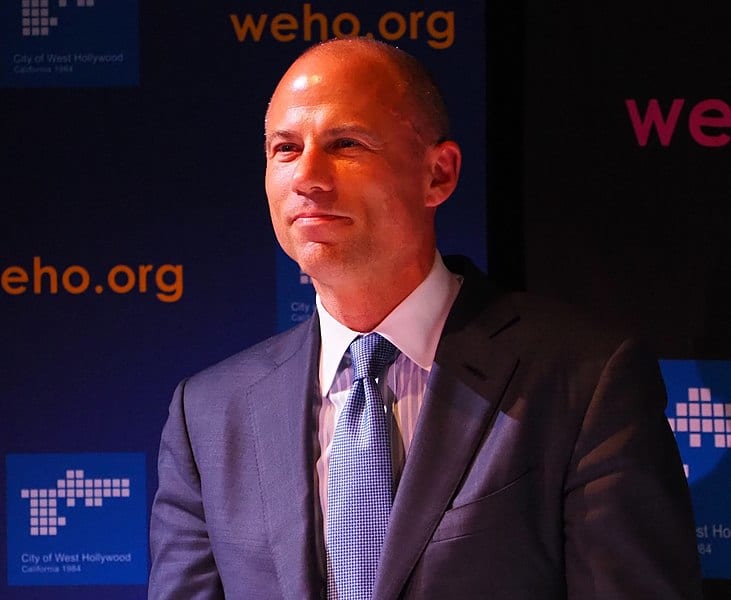 Democrats have a gang rape fantasy.

“We are aware of significant evidence of multiple house parties in the Washington, D.C. area during the early 1980s, during which Brett Kavanaugh, Mark Judge and others would participate in the targeting of women with alcohol/drugs to allow a ‘train’ of men to subsequently gang rape them,” cable news personality Michael Avenatti claims. “There are multiple witnesses that will corroborate these facts and each of them must be called to testify publicly.”

An anonymous source tells The American Spectator that Avenatti typed that with one hand. And “multiple witnesses,” boasting the same level of credibility of those who can attest to the sound of the men working on the train gang, can “corroborate” this truth.

Like a lot of sexual fantasies, the ones partisans peddle seem unmoored from reality. In your dreams, the Bella Twins may wrestle over the right for the next dance with you. In Democrat dreams, they fantasize about a teenage Brett Kavanaugh presiding over the Supreme Court of Gang Rape. And if you have not noticed, they generally air these fantasies on nighttime cable television in a fevered, breathy manner. It all seems better suited for Cinemax than CNN.

One’s dreams tell us little about the people in them and much about the person fantasizing about them. Imagining one’s political enemies as guilty of the vilest offenses seems a roundabout way of imagining oneself as immersed in a virtuous struggle against evil. If only our enemies so cooperated with this script in real life, then the public would truly see our goodness. Alas, the people we disagree with profoundly on politics do not always diverge profoundly from us in ethics. In other words, a judge’s position, and a perceived one at that in this case, on Roe v. Wade does not indicate a proclivity for gang rape. But for some it does. This makes them, and not the person they inveigh against, guilty of a great evil.

Tellingly, those issuing charges against Brett Kavanaugh all harbor profound political disagreements with him. Michael Avenatti, who talks of running for president against Trump, remains the sole person putting his name to charges that a teenage Brett Kavanaugh gaveled harsh sentences of gang rape against various female folk inside the Beltway. Christine Blasey Ford donated to progressive pressure group ActBlue and Senator Bernie Sanders, marched against Donald Trump, and signed a letter by health professionals protesting the administration’s border policies. Deborah Ramirez, who accuses Kavanaugh of exposing himself to her at Yale, told the New Yorker that she “works toward human rights, social justice, and social change.”

Sexual assault strikes as such a dehumanizing crime. Its perpetrators regard victims as objects rather than actual human beings with autonomy and feelings. False accusations of sexual assault similarly strip the victims of their humanity. In this case, Kavanaugh’s detractors rely on ends-justify-the-means ethics in rationalizing the violence they do to his reputation. They see Kavanaugh as a threat to Roe v. Wade and much else that they hold dear. So, if preserving Roe means destroying Kavanaugh, then that strikes them as a fair deal. If the shoe were on the other foot — and it was in the 1990s — would they so eagerly believe the accusers?

Those reflexively believing accusers whose voices and even faces in moving pictures remain foreign to us similarly strip Kavanaugh of, if not his humanity, then, at least, his human rights. Due process, the right to confront an accuser, statutes of limitation, the notion of innocent-until-proven-guilty, and much else appears to Kavanaugh’s detractors as process worth discarding when the accuser holds disliked views.