by Jeffrey Lord
A Katz/Shutterstock.com 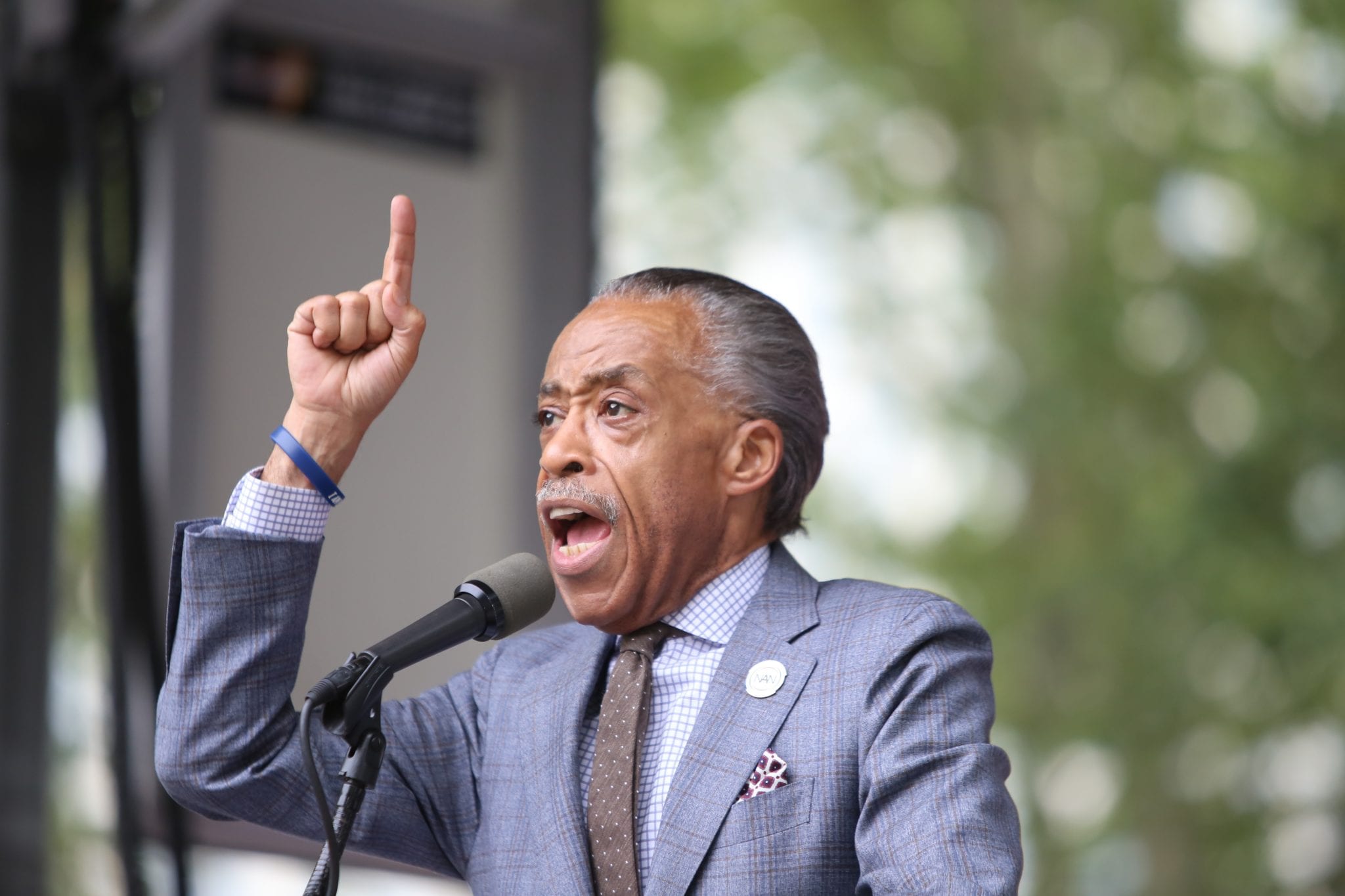 It’s hard to imagine candidates for the Democratic presidential nomination can sink lower than they already have. But they have.

In the wake of President Trump going after the mess in rat- and crime-infested Baltimore — saying exactly the kind of things said by Democrats ranging from Senator Bernie Sanders to Baltimore’s own former Mayor Catherine Pugh. Pugh, also a Democrat (and an African American) toured the very section of Baltimore Trump was discussing and said, among other things, “You can smell the rats.” Now, Sharpton has jumped into the fray. And the president quickly called Sharpton out for what he is:

I have known Al for 25 years. Went to fights with him & Don King, always got along well. He “loved Trump!” He would ask me for favors often. Al is a con man, a troublemaker, always looking for a score. Just doing his thing. Must have intimidated Comcast/NBC. Hates Whites & Cops!

Baltimore, under the leadership of Elijah Cummings, has the worst Crime Statistics in the Nation. 25 years of all talk, no action! So tired of listening to the same old Bull … Next, Reverend Al will show up to complain & protest. Nothing will get done for the people in need. Sad!

Al Sharpton would always ask me to go to his events. He would say, “It’s a personal favor to me.” Seldom, but sometimes, I would go. It was fine. He came to my office in T.T. during the presidential campaign to apologize for the way he was talking about me. Just a conman at work!

And with all the predictability of the sun rising in the East, there were Democrats accusing Trump of racism — and staunchly defending Sharpton.

@TheRevAl has dedicated his life to the fight for justice for all. No amount of racist tweets from the man in the White House will erase that — and we must not let them divide us. I stand with my friend Al Sharpton in calling out these ongoing attacks on people of color.

@TheRevAl has spent his life fighting for what’s right and working to improve our nation, even in the face of hate. It’s shameful, yet unsurprising that Trump would continue to attack those who have done so much for our country.

@realDonaldTrump Is this really your campaign strategy? Attack as many people of color as possible? You are a disgrace.

Wow. Mind you, here are samples of Al Sharpton at work, as I wrote several years ago in this space.

To an audience member on a live television show who had jeered him, clip here:

You ain’t nothing, you a punk faggot. Now come on, do something!

Then there was the audio tape of Sharpton saying this of David Dinkins. Dinkins, then the Mayor of New York, is black.

David Dinkins … You wanna be the only n… on television, the only n… in the newspaper, the only n… to talk.… Don’t cover them, don’t talk to them, cause you got the only n… problem. Cause you know if a black man stood up next to ya they would see you for the whore that you really are.

There were other tapes, as I reported at the time, with Sharpton spewing all manner of ethnic slurs such as “Greek homos,” “Chinamen,” “Koreans sell us watermelons,” and more.

That “more” included this during the infamous Crown Heights riot in Brooklyn. After calling Hasidic Jews “diamond merchants,” Sharpton added, “If the Jews want to get it on, tell them to pin their yarmulkes back and come over to my house.” (Hat tip for more Sharpton tales: Newsmax.)

So. What we have here are three Democratic presidential candidates — Warren, Harris, and de Blasio — defending Sharpton, a guy with a career-long record of documented racism and anti-Semitism flavored with outright homophobia.

And not unnoticed here? Racism and anti-Semitism as blatantly exhibited by Sharpton are exactly the same beliefs and behaviors on vivid display from “The Squad” of Congresswomen Ilhan Omar, Alexandria Ocasio-Cortez, Ayanna Pressley, and Rashida Tlaib.

To borrow from de Blasio? Is this the Democratic strategy? To stand up for outright racism and anti-Semitism while pretending they are doing the opposite?

Newsflash. It isn’t working. And the defense of Sharpton by these three is, yes — and to borrow again from de Blasio — a disgrace.