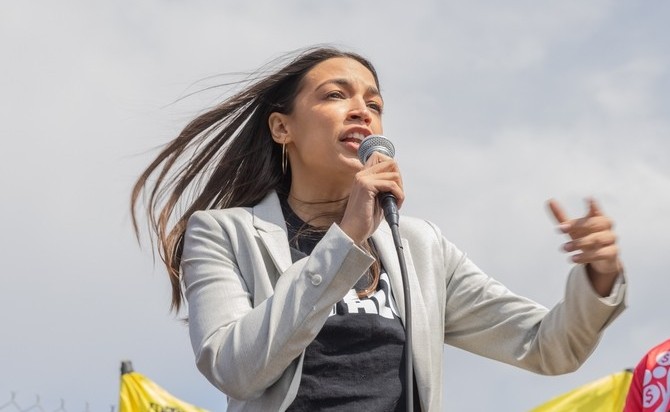 Last week, some members of the Squad were back to doing what they do best: pretending that photo ops and Twitter appeals equate to good governance.

This time, they and some of their radical colleagues joined a pro-abortion protest on the steps of the Supreme Court building. Never mind that these public servants swore an oath to “support and defend the Constitution of the United States,” which doesn’t say anything about abortion and says quite a bit about the separation of powers. Such niceties are quickly abandoned when there are clicks and contributions to be collected, especially in a difficult election year.

Leading the charge was everyone’s favorite spotlight-chaser, Rep. Alexandria Ocasio-Cortez (D-N.Y.). After being arrested for blocking traffic, she pretended to be handcuffed until she couldn’t help attracting even more attention by making a fist pump. Predictably, a fundraising email went out to her supporters immediately after this bravura performance of political dinner theater.

This is not the first time a Squad member has abandoned any pretense of respect for the Constitution in order to pursue purely ideological goals. Ocasio-Cortez has made a particular habit of such behavior, from claiming that Republicans “amended [the] Constitution to kick FDR out of office,” to accusing the Court of initiating a “judicial coup” by choosing to hear an election-law case, to her continuing crusade to pack the Court with liberal justices.

Her fellow Squad member and pro-abortion jailbird, Rep. Ilhan Omar (D-Minn.), struggles with the concept of religious liberty while enjoying its protections. Last year, junior Squad member Rep. Cori Bush (D-Mo.) initiated a “sit-in” on the U.S. Capitol steps in favor of a clearly unconstitutional eviction moratorium, a stunt for which she received praise from both members of her own party and the media.

The rhetoric of the Squad consistently shows many of the traits of classic demagoguery: a preference for appealing to emotion rather than reason, an overinflated sense of one’s own worth when compared to that of the ordinary citizen, and a disdain for the principles of constitutional government. Since its entry into Congress in 2018, we have seen the emboldened Squad become more and more aggressive in its efforts to subvert the pillars of our government in order to create its socialist utopia.

The Founding Fathers understood the threat that such people posed to a government “of the people, by the people, and for the people” because they learned the political lessons of ancient Greece and Rome. In particular, the story of Solon of Athens reveals the precarious nature of democracy and how it can fall prey to charismatic yet unscrupulous leaders.

According to the ancient biographer Plutarch, Solon (c.630–c.560 B.C.) was given supreme power over Athens at a time of great civil strife because he “was neither associated with the rich in their injustice, nor involved in the necessities of the poor.” Armed with this authority, he created a complicated political structure that sought to give all social classes some power in the city. He described what he was trying to achieve in a poem, writing:

For to the common people I gave so much power as is sufficient,

Neither robbing them of dignity, nor giving them too much;

And those who had power, and were marvellously rich,

Even for these I contrived that they suffered no harm.

I stood with a mighty shield in front of both classes,

And suffered neither of them to prevail unjustly.

His efforts created the first functioning democracy in history, which he admitted was imperfect, but was “[t]he best [the Athenians] would receive.”

After establishing this system and other reforms, Solon left the city so that its people could get used to their new constitution. In his absence, the Athenian passion for novelty took hold, setting the stage for more political upheaval.

When Solon returned from his travels, he found that Athens had factionalized once again. The leader of the largest faction was Peisistratus, who had “an insinuating and agreeable quality in his address … was ready to help the poor, and was reasonable and moderate in his enmities.” Like all demagogues, he was willing to promise all sorts of things to all sorts of people to gain their support. Solon recognized Peisistratus’s true intentions and warned his fellow citizens, but his advanced age and his time away from Athens limited his influence.

In an act of consummate political theater, Peisistratus wounded himself and claimed that he had been attacked by his political foes. The Athenian assembly immediately convened and voted that the people’s leader be allowed a personal bodyguard of however many people he saw fit (he had originally requested only 50 men). Peisistratus then used this private army to seize control of the Acropolis, expel his enemies, and take over the city.

To his credit, Peisistratus showed some wisdom by maintaining many of Solon’s laws and making the old lawgiver his adviser. In this way, the foundations of Athenian democracy were preserved until Peisistratus’s heirs were driven out of Athens and future leaders could rebuild upon them.

A Crisis in the Making

We cannot expect such wisdom from the Squad; its passion for overturning American society is far too strong, and the institutions established by the Founders are far too destabilized to hold it back without help.

Leftist writers never tire of calling Trump a demagogue, yet they remain silent about Rep. Ocasio-Cortez and her allies. Indeed, many applaud the congresswoman’s constant publicity stunts, treating her recent arrest (which amounted to the rough equivalent of a traffic stop) as akin to sitting in the “Whites Only” section of a bus during Jim Crow. Such praise will simply encourage her and the rest of the Squad to greater acts of political thuggery.

To date, President Joe Biden has been unwilling to pick up Solon’s “mighty shield” to oppose those in his own party who ignore their constitutional responsibilities and common decency in their quest for power. If he continues to demur as conditions in our country worsen, we can look forward to even more vicious examples of Squad demagoguery as they chip away at the foundations of our political system, restrict our liberties, and foment chaos.