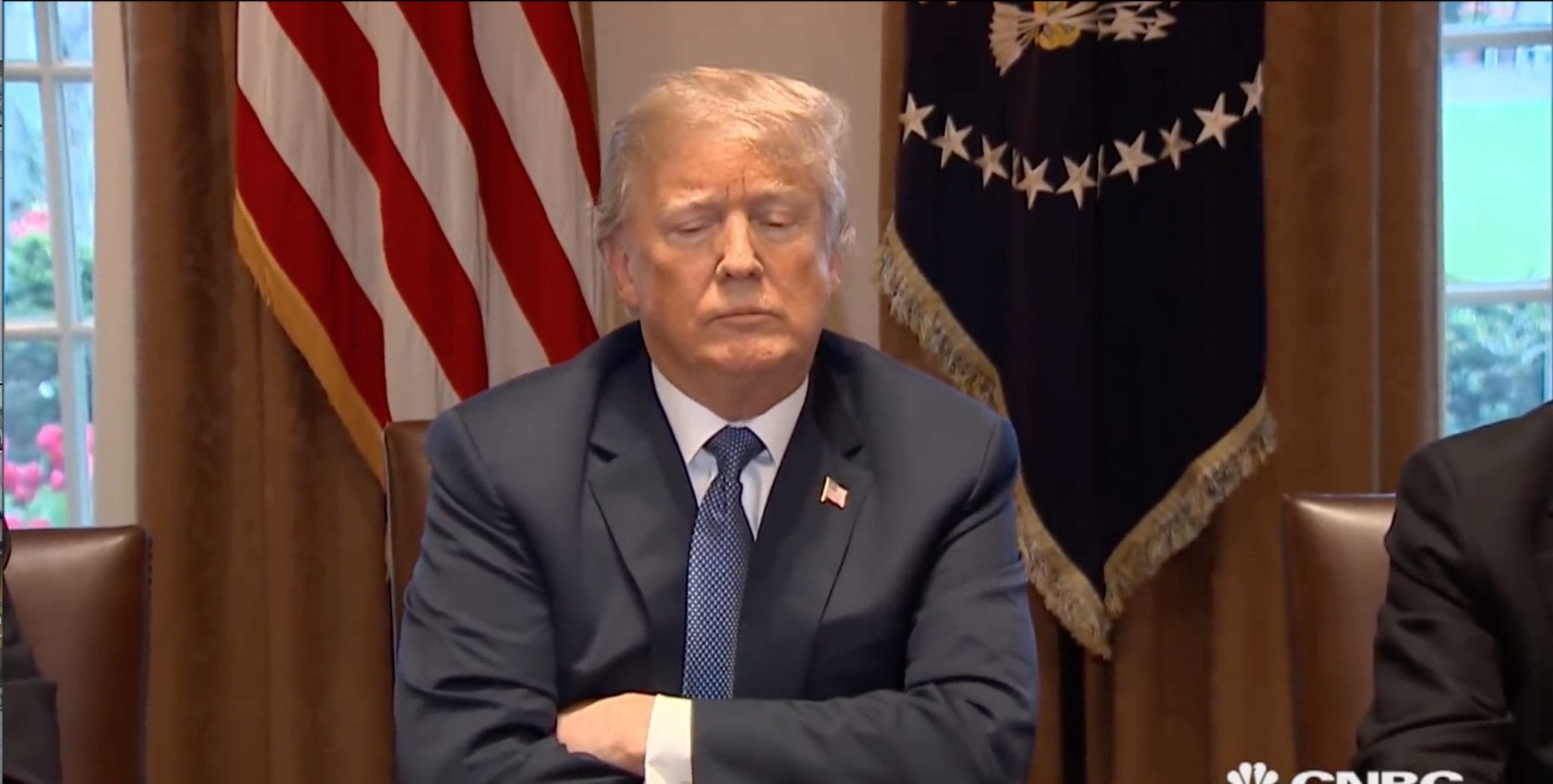 In a 1993 article called “Defining Deviancy Down,” Senator Daniel Patrick Moynihan wrote of proliferation of the deinstitutionalized mentally ill, violent crime, drug use, and illegitimacy — in other words, transgressions of moral and legal rules by citizens. He observed that “we are getting used to a lot of behavior that is not good for us.”

Twenty-five years later, we again get used to a lot of behavior that is not good for us. Instead of people at the lower rungs of society violating norms, we now see the most powerful defining deviancy down. Call it defining deviancy up, a phenomenon Charles Krauthammer described in another context.

Remember when every major news outlet in the country ridiculed President Trump for insisting that the Justice Department electronically surveilled him? The media, which suffers from amnesia on that one, surely does not.

Way back then, that age of innocence that ended about fifteen months ago, journalists universally held that wiretaps by one administration targeting the political campaign of the opposing party made for the stuff of Banana Republics. They reflexively rejected Trump’s claims as beyond the pale (perhaps because the Nixonian conduct he alleged struck them as beyond the pale). USA Today called Trump’s charges “explosive,” “unsubstantiated,” and supported by “no evidence” in a news article. Surely Trump’s tweets reflected a lack of impulse control, a penchant for speaking loosely without reference to the facts, a habit of distracting from attacks on him by going on the attack — not anything untoward about his predecessor or the Justice Department — right?

Obama’s Justice Department indeed conducted electronic surveillance on Trump campaign adviser Carter Page. Now, it turns out that Trump’s Justice Department monitored phone lines of Michael Cohen, the president’s lawyer, to track incoming and outgoing calls. NBC initially described the operation as a wiretap in breaking the story on Thursday. But they issued a clarification later in the day, characterizing the surveillance as a “pen register” that did not involve recording actual conversations.

The American Civil Liberties Union remains silent on phone surveillance and the American Bar Association remains silent on the violation of attorney-client privilege. Certainly, they possess that right. But do not candidates hold a right to keep their campaign communications silent from the opposing party and clients hold a right to keep their communications with their lawyer private?

Attorney-client privilege, something generally respected for plebes as well as presidents, predates the Constitution. Leaders using the power of the state to dig dirt on opponents certainly predates the Constitution as well. But in democratic nations the practice meshes with neither tradition nor law. Normalizing these practices that defy societal norms threatens to define deviancy down.

What one thinks of the president generally governs one’s response to the electronic surveillance and the violation of attorney-client privilege. It should not. Trump remains president for some finite period — six more years and five months, his supporters hope; until the day before yesterday, his detractors wish. But precedents remain after presidents.

Do Democrats want to live in a country where President Trump’s Justice Department pursues electronic surveillance of advisors to their 2020 presidential candidate on specious grounds? Would journalists yawn if the shoe were on the other foot? How might the American Bar Association react to the Trump administration raiding the offices of Hillary Clinton’s personal attorney as a result of the criminal allegations that continue to dog her?

The questions answer themselves. But those cheerleading Mueller’s overreach do not imagine the same tactics someday used against their side. Consequences, unintended and otherwise, ensue from violating principles to get presidents.