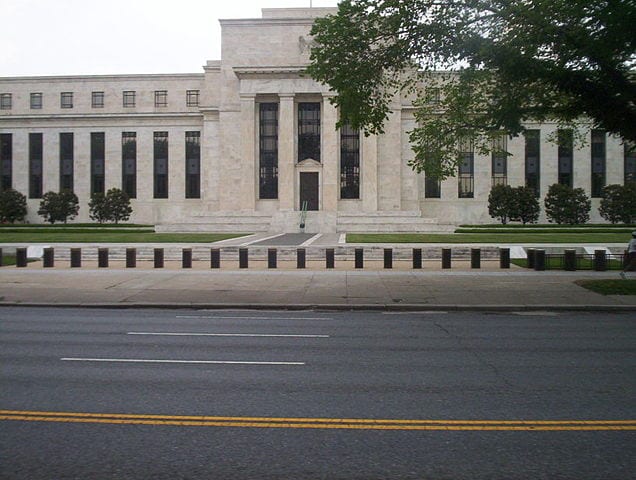 Long after the U.S. Federal Reserve halted quantitative easing, the European Central Bank (ECB) announced its decision last week to end its bond-buying program by the end of 2018. As Europe followed the U.S. lead in one area, its policies diverged in another.

The ECB also announced that it plans to continue offering a negative interest rate through next summer. Polonius revises his counsel from the grave: neither a lender nor a lender be.

The ECB’s current deposit rate, at -.4 percent, falls into the negative category. The key lending rate remains zero percent. In other words, it costs money to save and makes sense to borrow, especially given inflation.

“The large deficits over the next 10 years would cause debt held by the public to rise steadily,” the Congressional Budget Office maintains. “Relative to the nation’s output, debt held by the public is projected to increase from 76.5 percent of GDP in 2017 to 96.2 percent at the end of 2028. At that point, federal debt would be higher as a percentage of GDP than at any point since just after World War II — and heading still higher.”

The federal debt now exceeds $21 trillion. The interest on the debt amounts to more than $300 billion this year. Every point rise in the interest rate amounts to about $200 billion, so the recent climb in rates proves tremendously consequential to the budget.

About two years ago, the rate for ten-year treasury note bottomed out at 1.38 percent. That rate more than doubled in the intervening two years. This either impacts budget matters, such as defense, which just received an $82 billion boost to increase to $716 billion for 2019 (with a joint House-Senate committee set to iron out differences between the bills passed by both chambers), or it increases the deficit, which itself compounds the amount the feds pay in interest.

Consider the recent votes to hike in defense spending. While majorities of Democrats and Republicans voted for the $82 billion boost in military spending, the increase raised eyebrows outside of Capitol Hill. By way of comparison, interest on the debt, which makes up a much smaller portion of the budget than defense, balloons by about $50 billion this year. Perhaps because nobody voted for this budget hike, this massive spending increase goes by largely unnoticed.

President Trump attempted to address the expanding budget by proposing $15 billion in cuts, with an emphasis on the Children’s Health Insurance Program (CHIP). But the Senate voted 50-48 this week to not even consider that modest legislation.

With the defense budget and the amount the government pays to service the national debt — two of the top five spending categories — increasing, this leaves Social Security and healthcare as the other major areas to look at for savings. Social Security appears as a nonstarter politically for any cost-cutting measures. The Centers for Medicare and Medicare Services estimates healthcare costs reaching 20 percent of the gross domestic product in the middle of the coming decade, and with the federal government committed to covering an increasing portion of costs as a result of Obamacare and Medicare Part D, this section of the federal budget looks ready to expand further at the worst time possible.

It need not. Japan, France, Australia, Canada, and other comparable nations pay less than half per capita on healthcare than the United States does. The U.S. faces a choice to either make a serious effort to put our medical expenses more in line with other large economies or take on even more debt. And with interest rates rising, the latter option proves increasingly costly.