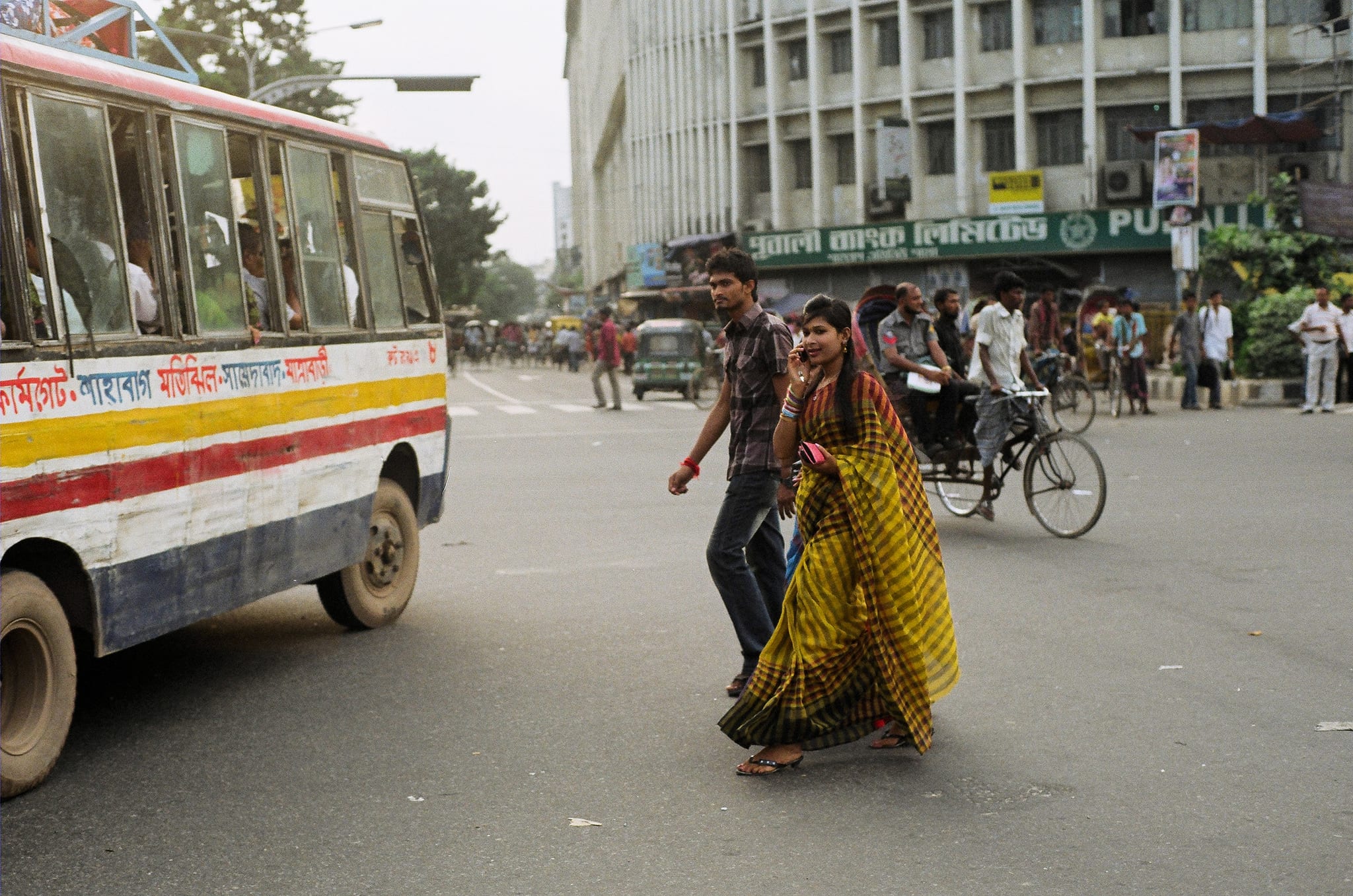 Over the weekend, all hell has broken loose in Dhaka, the capital of Bangladesh. It is possible that Bangladeshis will see more violence this coming weekend.

Some background: On July 29th, two Bangladeshi bus drivers racing each other to pick up passengers killed two students waiting for a bus. According to the Dhaka Tribune (which was conveniently shut down by the government during the protests), some 7,000 people were killed by traffic accidents in Bangladesh last year. In response to this crisis, around 3,000 students last week had taken to the streets protesting the lack of safety protections and the dastardly road conditions. They managed traffic and checked licenses of every passing vehicle, including police vehicles. This act resulted in the uncovering of many government and ministry personnel driving without valid licenses. Up until last Saturday, the protest was tame.

However, a week after the beginning of the protests, some students and reporters are reportedly missing and many are injured. 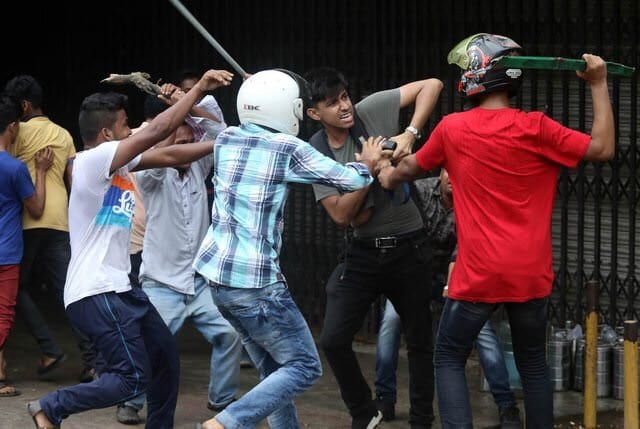 Moments before a reporter was assaulted by alleged government-hired men (PC: Rid0y, reddit.com)

The Bangladeshi government reportedly sent out pro-government student political parties to “partake” in the demonstrations. These students infiltrated the existing student groups and incited violence against the actual protestors. According to witnesses, law enforcement began to retaliate, utilizing tear gas and rubber bullets to subdue the young resistors. The police has since denied this.

Additionally, the government shut down the national 3G and 4G networks in an effort to slow news traveling out of Dhaka. Many journalists who have spoken publicly about the protests have been arrested including known social activist and photographer Shahidul Alam, who spoke to Al-Jazeera about the protests the day before his timely arrest.

The government is now in damage control mode. Less than 48 hours after protestors accused government-hired “thugs” of raping a Bangladeshi woman, the government sent out a text message nationwide denying these claims. Translation below:

“There is no authenticity of the incident of student murder and rape in Jhagatal in the capital. The matter is totally rumored. Do not get confused in it. Cooperate with information about the rumors of the policeman: Ministry of Home Affairs”

The Prime Minister herself released a statement urging the protestors to return home to their families.

She warned that a “third party” could sabotage the protests from within and put the students at risk. She continued, saying,“That’s why I request all guardians and parents to keep their children at home. Whatever they have done is enough.”

“Law enforcers are showing patience. It does not mean that they will keep crossing the limit and we will sit idle and watch. We will go for tough action if the limit is crossed.”

These vague threats did nothing to quell the violence. The protests have become increasingly political in nature as activists draw attention to the longtime corruption of the transportation sector and the government at large, mainly the Prime Minister.

While many rumors remain unconfirmed, the government-backed censorship of free speech and use of violence against their own citizens deserves considerable attention, especially from the United States. The President has yet to issue a statement condemning Bangladesh’s actions, not even a tweet, and the coverage by the news media has been noticeably sparse.

As the leader of the free world and the champion of free speech, the least that President Trump could do is throw Bangladesh a 280-character nod.