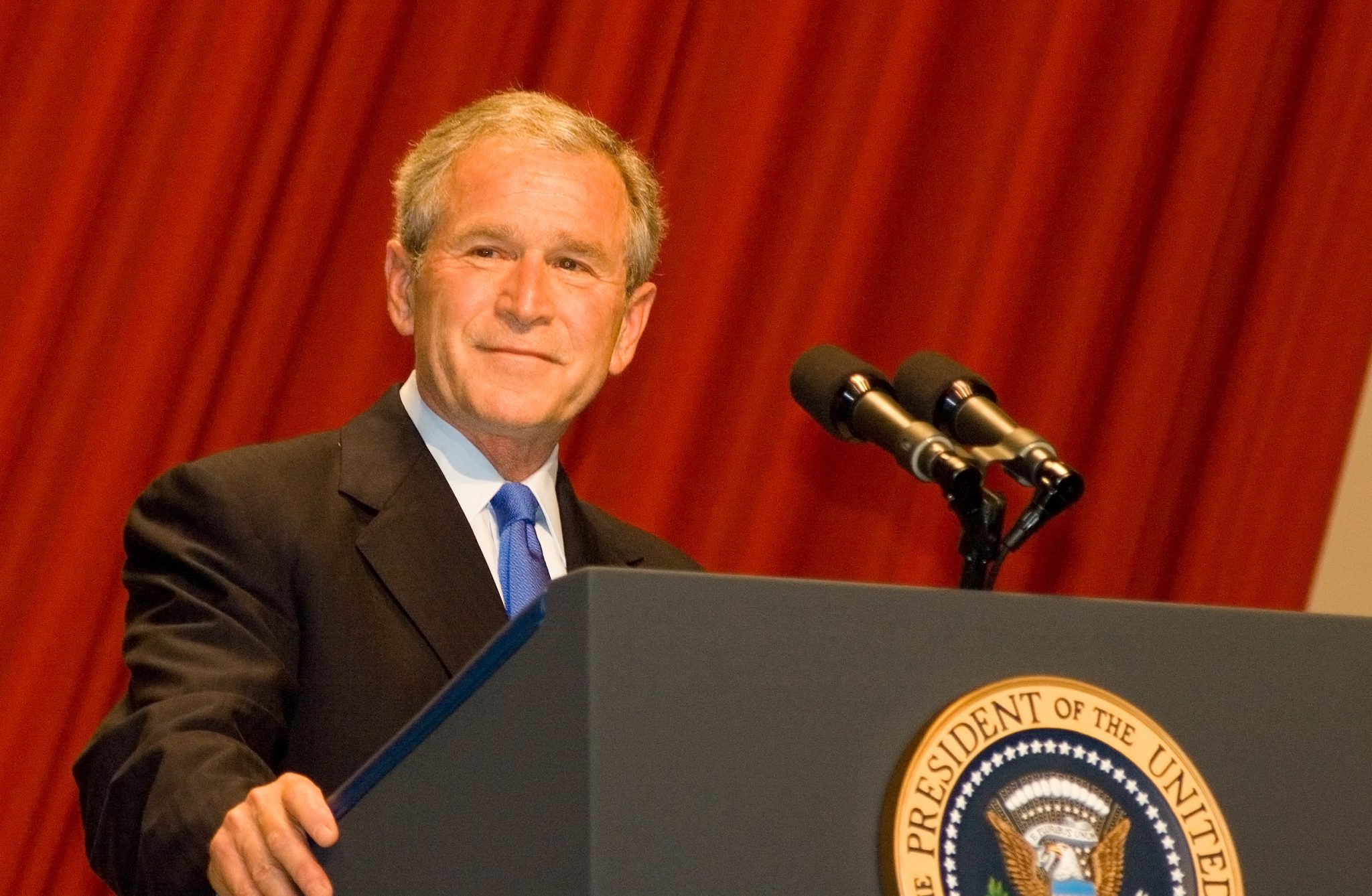 Howdy! Long time no see. I’m glad you and Laura are enjoying retirement in Crawford. After all your years of service to this country — and all the abuse you patiently endured from the Left and (occasionally) the Right — you’ve earned this time away from the jaundiced gaze of the public eye. I’m reaching out to ask you to do one last thing before you ride off into the sunset:

You need to endorse Donald Trump for president.

I know this is a big ask. I realize that President Trump and your family are not on the best of terms. I wouldn’t even blame you if you hated the guy. His behavior toward John McCain, Mitt Romney, your brother, and other Republicans was boorish, even appalling. In myriad ways, Trump seems to be exactly the opposite of the “compassionate conservative” you tried to be in your eight years as president.

Nevertheless, I’m asking you to endorse him and to explain your reasoning to undecided voters, many of whom will follow your example.

Our country has changed dramatically since you were in office, mostly for the worse. President Obama, along with progressives before and after him, promised to “fundamentally transform” America, and they did. As a result, much of the nation now rejects the vision and values of the Founders. We’re forgetting what it means to be one nation under God, indivisible, with liberty and justice for all.

After nearly a quarter of a millennium, America is coming apart at the seams.

The end of politics as we know it is part of this devolution. Your brother Jeb didn’t recognize that when he ran for president in 2015. As Jeb later put it, he was a “fish out of water.” Still, I would have voted for him, Ted, Marco, Ben, and Carly over the hot-headed celebrity businessman from Queens.

And Hillary would have crushed them all.

Trump didn’t cause the seismic shift in our politics (always downstream from culture) that has unearthed so many of our troubling pathologies — tribalism, intolerance, identity politics, self-censorship, polarization, and incivility. He simply figured out a way to win a rigged game. He took weapons that have been used against Republicans for years and turned them on the aggressors. As Abraham Lincoln said about the uncouth Grant, “He fights.”

The results have been ugly, amusing, exhausting, and sometimes demoralizing. However, they often have been wildly successful.

For example, Trump blew wind into the economy’s sails after the doldrums of the Obama years. He helped slash unemployment to a 50-year low (until COVID-19), particularly for women and minorities. He kept economic and political pressure on China. He’s been strong on Iran, North Korea, and ISIS, while avoiding any new wars. Federal judges, peace deals, trade deals, unapologetic patriotism — these are just a handful of good reasons to endorse the Orange Man Bad.

But put them aside for now. For you, Mr. President, I have only two reasons why you should endorse Trump for reelection.

Reason No. 1: The Democratic Party has lost its damn mind. The mental break occurred the night Trump squeaked out an electoral college win in 2016. It grew worse through the destruction of historic monuments, the impeachment process, the COVID shutdowns, and the BLM/Antifa riots. Some call this illness “Trump Derangement Syndrome.” Its main symptom is acute psychological projection. Most of the hate, fear, despair, intolerance, and tyrannical impulses that Democrats see in Trump emanate from their own fevered brains. They have become what they despise.

Over the past four years, Democrats have taken more left turns than A.J. Foyt at the Indy 500. Anyone with eyes to see, or a good study to read, understands that they are no longer the party of Roosevelt, Kennedy, or even Bill Clinton. A recent poll of Democratic voters found that 77 percent thought that the country would be “better off” if it were more socialist. Most Democrats in Congress — along with their presidential candidate — now support radical environmental policies and massive increases in corporate and personal tax rates. They want to pack the courts, defund the police, legalize abortions up to birth, implement critical race theory–based programs, tear down the border wall, repeal “right to work” laws, restrict charter schools, and mandate Medicare for All.

I don’t know if Democrats are drunk, crazy, or stupid, but they definitely should not be driving the bus. (As a Californian, I have some idea where the bus is going, and let me tell you, it’s not Disneyland.)

Which brings me to:

Reason No. 2: Joseph Robinette Biden, Jr. is the worst candidate the Democratic Party has ever nominated. For the past year, most of us thought he was a relatively harmless, over-the-hill political hack with creeping dementia and a dash of demented creepiness. True, we suspected that he was a vehicle for the progressive ambitions of his party, but even conservative luminaries like George Will assured us that it didn’t matter. They insisted that electing Biden was the only way to purge the public square of Trumpism and make America decent again.

With the damning revelations on Hunter’s “laptop from hell,” the assumptions underlying this Faustian bargain have been drastically altered. If Biden was ever the compassionate, good-humored, America’s-soul-saving everyman he played on television for five decades, he’s not anymore. Instead, he seems to be a long-time grifter, using his family to extort money from international clients in exchange for his political patronage. If this is true, Democrats and Never Trump Republicans are, at best, exchanging a dangerous right-wing fraud with bad manners for a dangerous left-wing fraud with good manners.

Such a trade might make sense for Democrats, but it’s nonsensical for Republicans and terrible for the country.

I’m sure some of your Never Trump friends have asked you to endorse Biden. In fact, the media even reported that you did so back in June. Thankfully, this turned out to be false, though your nephew did endorse Trump. (Tell him thanks for me.) Still, more than a few pundits still hold out the hope that you will shock the nation, throwing your support behind their awful candidate.

Are you tempted? If you endorse Biden, the Left’s newfound appreciation for you would skyrocket. You’d receive fawning treatments in articles, interviews, and news programs. If Biden won, you’d be offered blue-ribbon committees, professorships, and honorary doctorates. Overnight, you’d become a hero of the republic, at least in the eyes of a certain elite class of progressives.

By contrast, if you endorse Trump, the media will put you right back in the villain box they kept you in during your presidency.

Pray on it, as they say. Unlike Biden, you truly are a decent, honorable man. I’m sure you’ll make the right decision for your country, your family, and your party. For all its flaws, the GOP best upholds the values of the American founders — limited government, personal responsibility, freedom of religion, private property, federalism, inalienable rights, and self-evident truths. I know you won’t cast aside your deeply held political ideals to support an opposition that holds those ideals in contempt.

Right now, it’s not enough to stay neutral. Be an example to the undecided voters who value your opinion.