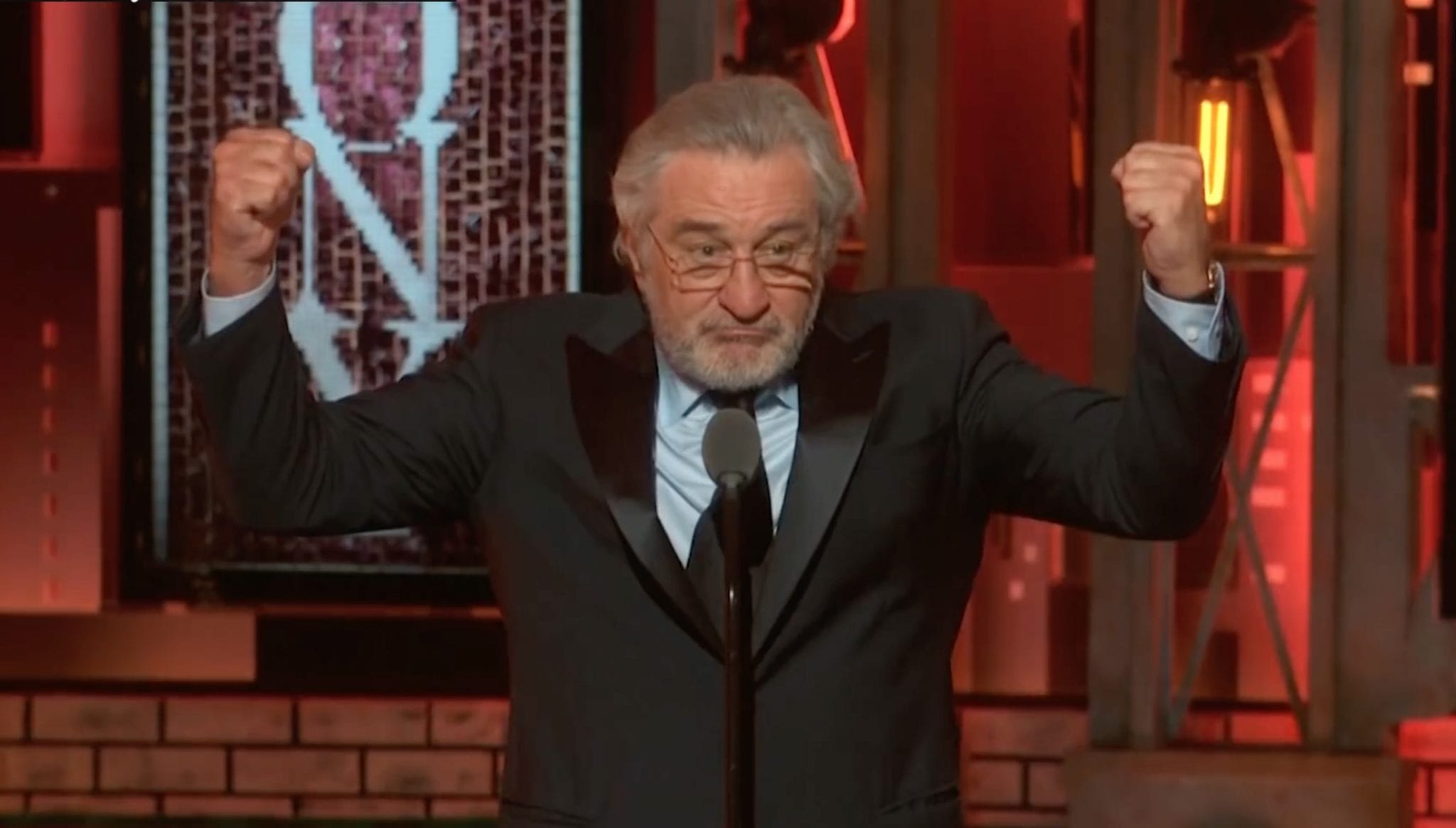 Actor Robert De Niro and Canadian Prime Minister Justin Trudeau have teamed up to re-elect President Trump. As if working in concert, the duo made their initial contributions to the Trump campaign within hours of each other over the past weekend.

Trudeau went first. Long before the G7 summit, Trudeau was creating headlines like this in Bloomberg in December of 2017:

Which is to say, Trudeau was a proclaimed free trader.

After that proclamation he went on to say this before the G7 Summit, as featured in, among many places, the Hill, which headlined his words this way:

Trudeau: It’s ‘insulting’ that the US considers Canada a national security threat

This gem of a tale began as follows:

Canadian Prime Minister Justin Trudeau said in an interview aired Sunday that the reasoning behind implementing new U.S. tariffs on Canada was ‘insulting and unacceptable.’

“One of the things that I have to admit I’m having a lot of trouble getting around is the idea that this entire thing is coming about because the president and the administration have decided that Canada and Canadian steel and aluminum is a national security threat to the United States,” Trudeau told NBC’s “Meet the Press.”

“The idea that we are somehow a national security threat to the United States is quite frankly insulting and unacceptable,” he added.

Once the G7 summit was concluded — seemingly calmly and agreeably and with the final communiqué agreed to — Trudeau made a point of repeating these sentiments. Bloomberg reported it this way:

Trudeau also repeated statements he’d made earlier — calling U.S. steel and aluminum tariffs “insulting” and pledging to proceed with previously announced retaliatory tariffs. Trump said that retaliation is a “mistake,” according to Trudeau. Canada is “polite, we’re reasonable but we also will not be pushed around,” Trudeau added.

Aboard Air Force One heading for the Singapore Summit with North Korean dictator Kim Jong Un, Trump learns of Trudeau’s swipe and instantly directs his staff to unfix his name to the G7’s final communiqué. Tweeted the President:

“I have instructed our U.S. Reps not to endorse the Communique as we look at Tariffs on automobiles flooding the U.S. Market!,” Trump tweeted Saturday evening, saying he was responding to Trudeau. “Very dishonest & weak,” he said of the Canadian leader.

He also — and very correctly — noted this of the much ballyhooed “pro-free trade” Canadian Prime Minister, tweeting:

“Canada charges the U.S. a 270% tariff on Dairy Products! They didn’t tell you that, did they? Not fair to our farmers!”

Trudeau, the supposed free-trader friend, was caught red-handed. Finally, even the Trump-hating Washington Post was compelled to run a piece from one J.J. McCullough, “a political commentator and cartoonist from Vancouver,” that was headlined:

Why Trudeau doesn’t have the high ground on trade

One of President Trump’s darkest talents is his ability to identify an opponent’s delicate spot and stab it remorselessly. From his knack for condescending nicknames (Low Energy Jeb, Little Rocket Man) to inviting Bill Clinton’s various accusers to the second presidential debate, there’s no denying the man has a skill for knifing sensitive spots.

And now he has found Canada’s vulnerable flank: dairy tariffs.

Though Canada enjoys broadly free trade with the United States through the North American Free Trade Agreement, it has never been absolute, and the deal makes several concessions to Canadian protectionism and politics. Chief among them are Canada’s extraordinarily high tariffs on American dairy products, which at last week’s Group of Seven summit in Quebec, Trump correctly identified as a “270% tariff.” As the CBC reminded, “Canada levies a tariff of 270 percent on milk, 245 percent on cheese and 298 percent on butter in an effort to keep U.S. and other foreign dairy imports out.” These tariffs exist almost exclusively for the benefit of the agriculture sector of Quebec, a province with a unique stranglehold on Canadian politics.

Which is to say, Trudeau’s “I am a free trader” stance is 100% bunk. Now, Trump having successfully pointed out that the Canadian Dairy Emperor has no free trading clothes, he has begun righting the ship of tariffs — doubtless to the delight of American dairy farmers. A more basic contribution to his re-election, this one courtesy of Justin Trudeau, would be hard to imagine.

Hard to imagine, that is, until Sunday evening. Not to be outdone by a mere Canadian prime minister in the drive to re-elect Trump, actor Robert De Niro stepped to the nationally televised stage of Broadway’s Tony Awards. Standing in front of an audience of glitzy American elites, De Niro proceeded to drive the TV censors crazy. Fox News headlined De Niro’s contribution to the Trump re-election this way:

“I’m gonna say one thing: F— Trump!” he stated, as he clenched his two fists in the air, leaving panic-stricken broadcast censors trying bleep out the remarks. “It’s no longer down with Trump, it’s f— Trump!”

The U.S. viewers at home heard dead silence, though in other regions the f-bombs reportedly weren’t censored. The expletives sparked a roaring reaction from the audience, with many of the celebrities standing up.

It would be hard to understate the value of De Niro’s contribution to the Trump campaign. Taking Hillary Clinton’s snooty “basket of deplorables” snobbery to an entirely new level, De Niro and his fellow Hollywood/Broadway elitist snoots effectively gave the middle finger to average Americans from coast to coast, literally dropping the F-bomb on live television.

One can only be amazed at the powerful combination of such utter, blatant and quite vivid hypocrisy (from Trudeau) combined with the even more haughty arrogance of a famous and rich liberal actor (De Niro) as they collectively made Donald Trump a truth-telling hero to Americans.