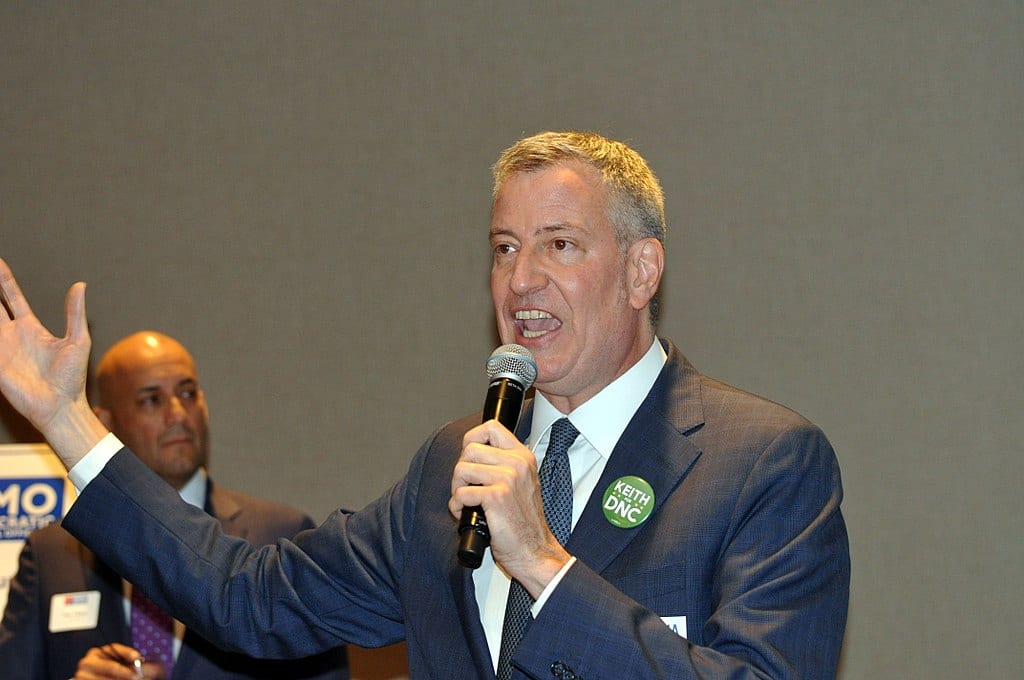 Under the current system, Asian kids predominate. They make up 74 percent of the population at Stuyvesant, 66 percent at Bronx Science, and 61 percent at Brooklyn Tech, according to the New York Post. White and Asian students comprise 78 percent of the selective-school students. About 10 percent are black and Latino, while they make up two-thirds of all public-school eighth-graders.

“Can anyone defend this?” Mayor Bill de Blasio asked last week, announcing race-based plans to scrap the entrance test and change the admissions system. “Can anyone look the parent of a Latino or black child in the eye and tell them their precious daughter or son has an equal chance to get into one of their city’s best high schools? Can anyone say this is the America we signed up for?”

According to de Blasio, the racial imbalance “perpetuates a dangerous and disgusting myth.” Instead, “with these reforms, we expect our premier public high schools to start looking like New York City.”

First of all, why should the city’s top schools look like all of New York? What does this proposition even mean?

Whatever the innuendo, the proposals reveal de Blasio’s mode of political thought. “I’ve got a new mandate from the voters. I have a new chancellor who is focused on social justice,” he said, referring to schools Chancellor Richard Carranza in explaining his proposed admission policies.

To replace entrance tests at the top high schools, de Blasio seeks an opaque new admissions method in selective schools that would admit low-income students, mainly based on class rank at their middle schools and their scores on statewide standardized tests.

City officials plan to increase the proportion of black and Hispanic students at the selective high schools from 9 to 45 percent, and female students from 44 to 62 percent.

The New York mayor, according to the New York Times, is responding to “growing pressure to tackle New York City’s widespread school segregation,” which stems in part from broader test-based admission procedures in city schools. From early grades until junior high school, Asian and white students consistently outperform black and Latinos on reading and math tests. Test-based enrollment in choice schools disfavors the latter, not only in selective high schools but also district schools.

In the past few months Upper West Side middle schools in Manhattan have similarly suffered a district-level enrollment war. The city ordered several schools filled with accomplished students, mainly white and Asian, to set aside places for the “least proficient,” which meant an influx of unable students from nearby housing projects.

In spite of proud progressive plumage, well-heeled, education-conscious white parents freaked out, having staked out several high-functioning, safe public schools in their neighborhoods for their children.

De Blasio reported with indignation: “There are almost 600 middle schools citywide. Yet, half the students admitted to the specialized high schools last year came from just 21 of those schools.”

Instead of fake shock at these outliers, Mr. de Blasio, where can we get a list of these 21 schools to use as models for others?

“Just 14 percent of students at Bronx Science come from the Bronx,” de Blasio exclaimed. “As an example of growing geographical fairness, we will quadruple the number of Bronx students admitted.” How can one argue against such a feeble reform concept?

The city’s public school establishment can wonder all it wants why so many students who are “poor, of color, homeless, or learning English as a new language” are underrepresented in gifted programs and selective schools.

The late Tom Wolfe’s Bonfire of the Vanities contained many good lines, but none better than a veteran Bronx high school teacher correcting the tabloid reporter, wearily saying of his students, “we use comparative terms, but outstanding isn’t one of them. The range runs more from cooperative to life threatening.” Amusing and too true.

But in his non-fiction book, The Battle for Room 314, published two years ago, Ed Boland likewise draws an unsparing, less amusing picture of New York City’s educational cellar, where few secondary-level students have ever read a real book, can do simple arithmetic, or write a sentence. Chaotic, violent childhoods amid filth, noise and disorder are common, and adult models can be deeply demoralizing. Kept in schools against their will, and daily humiliated by failure, the least proficient students bully students and teachers, and the bullying is often race-based.

To play the race card, de Blasio and his allies demote ability and achievement in school admissions. These proposals come at particular expense to able, needy East and South Asians, who lose big in this municipal racialism, and to educational opportunity.