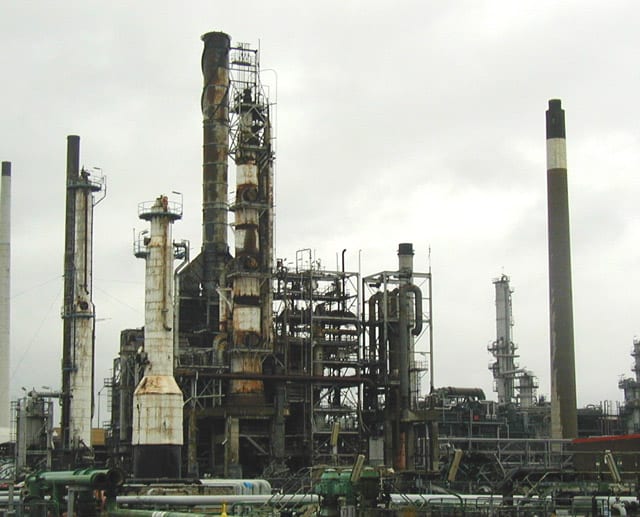 On Monday the Trump Administration will be meeting with several Senators to decide whether to reform the long-criticized Renewable Fuel Standard program, which has acted as an artificial regulatory support to ethanol since its extension in 2007.

Under the 2007 extension, refiners have been required to put a certain level of ethanol into their fuel. With the amounts varying each year, refiners can either comply directly with the ethanol requirement or purchase what are called “RIN” credits from refiners that added more ethanol than needed.

For years this program has been seen as an unnecessary and artificial government intervention in support of very narrow political interests at the expense of the overall market.

The program has been shown to dramatically disadvantage small refiners who simply are unable to sustain the cost of mixing ethanol into their fuel, thereby requiring them to buy RIN credits in a distorted – and entirely unnecessary – market.

Even those who originally led the passage of the bill now see that its effects on the market have been very different from what was intended. Former Congressman and Chair of the House Energy & Commerce Committee Henry Waxman (D-CA) has recently called the creation of the ethanol program a “mistake.”

Democrats are now saying that the original gas-emission reduction intentions of the credit have in fact made climate change effects worse rather than better, making reform efforts a surprisingly bipartisan effort.

It is also very fitting that Senator Ted Cruz will be at the meeting, as many still remember he took a stand during the 2016 GOP primary against ethanol subsidies in general, which many said made economic sense but predicted would cost him Iowa. Instead, he won Iowa, showing that even in states that benefit materially from the ethanol requirement there is wavering in support.

President Trump also recently expressed his hope for reform of the RIN credits by finding a compromise that caps the RIN credit price, although he left the desired price unspecified. Senator Cruz has been calling for a ten-cent price cap on the RIN credit, which would dramatically change a market that saw credits at just two to three cents in 2012 to upwards of $1.20 each.

The extraordinary price volatility of RIN credits is due primarily to many large energy companies treating the RIN market as a speculation market within itself, buying up credits and reselling them at high costs to parties that do not have the capacity to otherwise input the required amounts of ethanol.

While D.C. looks at renewing this clearly market-distorting government regulatory regime, ordinary Americans continue to suffer from the aftereffects of the RIN requirements and ethanol requirements. It was reported that just this January the largest refiner in the Northeast, Philadelphia Energy Solutions, filed for bankruptcy due to the high cost of the RIN credits.

For Philadelphia Energy Solutions, which employed 1,100 people at bankruptcy, the RIN credits were their second largest expense after the cost of oil itself and was almost double their payroll costs. Since 2012 they have spent an incredible over $800 million on just RIN credits.

The credit requirements and “market” cost, which is an oxymoron given the government-created and mandated nature of the entire program, of the credits cost many refiners up to $500,000 a day.

It is clear that businesses and American workers from across the country are suffering greatly for a small artificial giveaway to certain small business interests. Indeed Senator Grassley (R-IA) and Senator Ernst (R-IA) are fighting any such compromise to the ethanol giveaway.

While their earnestness to trying to swing the gravy train to their constituents is commendable in some ways, although even in Iowa support for this ethanol program is far from unanimous, for the good of the country it is clear that the RIN program needs significant reform.

Americans on both sides of the aisle are clamoring for leaders in D.C. to provide them a free and fair environment to make a living, raise their families, and enjoy opportunity.

The bankruptcy of Philadelphia Energy Solutions show that the situation is continuing to wreak havoc on Americans across this country for no purpose than a crony government giveaway to narrow interests at the expense of the free market.

Hopefully at Monday’s meeting leaders in D.C. will be able to finally make a move forward in reforming this long-market-distorting program.