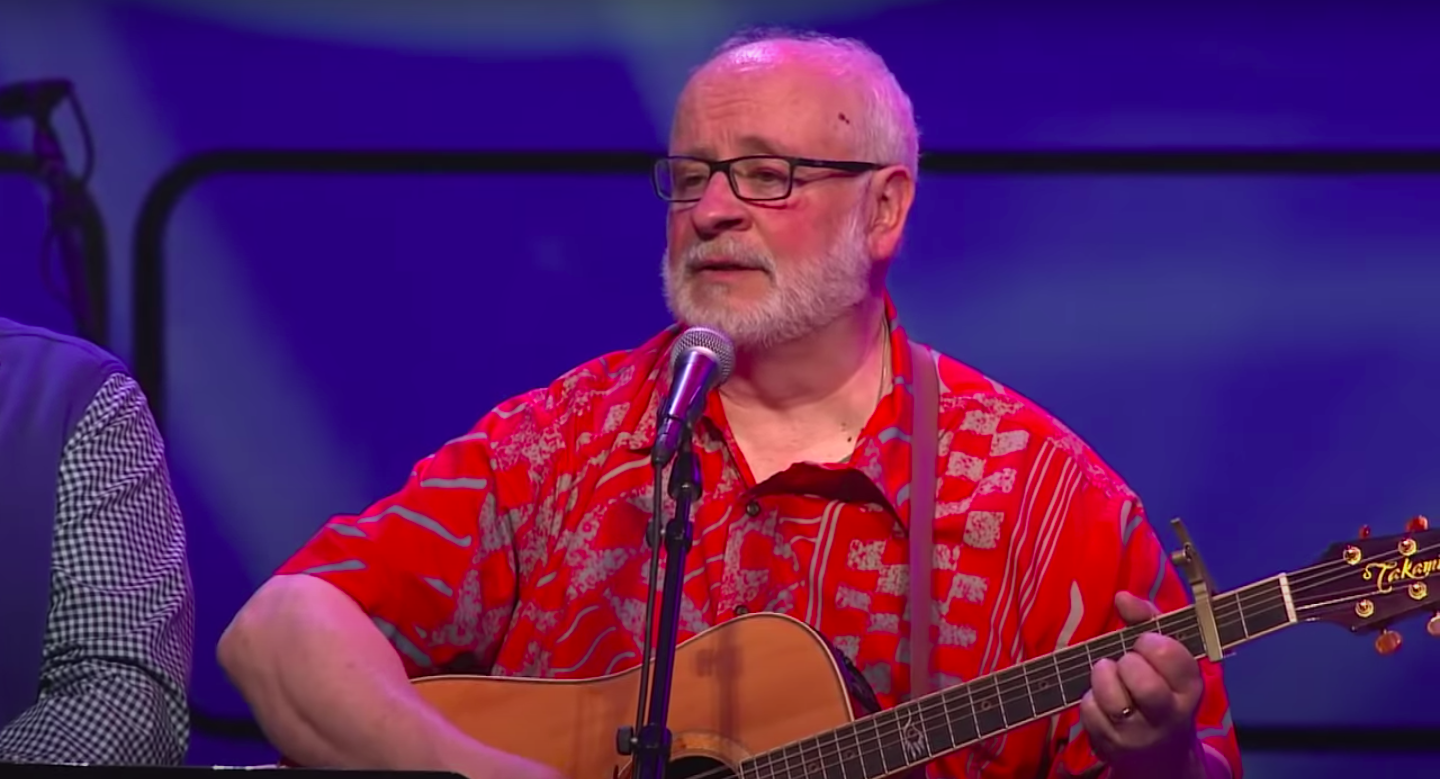 David Haas, a composer whose music is ubiquitous at Catholic churches across America, has been accused of multiple instances of sexual abuse and assault and dropped by his publisher.

It’s hard to understate how omnipresent Haas’s songs are in American Catholic churches. Haas was called “one of the most prolific and significant liturgical composers of the post-Vatican II English-speaking church” by America magazine. His songs, including “We Are Called,” “You Are Mine,” “Blest Are They,” “Servant Song,” “Deep Within,” “We Come To Your Feast,” “Come and Follow Me,” and “Come Lord Jesus, Send Us Your Spirit,” are immediately recognizable to most Catholics.

Haas performs his contemporary folk–inspired songs with an acoustic guitar while wearing Hawaiian shirts. He belts out feel-good lyrics like “Sing of that great day when all will be one! God will reign and we’ll walk with each other as sisters and brothers united in love!”

Haas is accused of using his clout as a revered spiritual composer to sexually abuse women for decades. His alleged behavior is marked by “a repeated, unethical abuse of the professional and spiritual power he has had in church music circles,” according a letter sent to companies involved in the promotion of Haas’s work by Into Account, an organization which offers support for survivors of sexual abuse in Christian contexts.

Into Account said they have been in contact with multiple individuals accusing Haas of sexually predatory behavior. They said they have received allegations involving “groping, forcible kissing, and aggressive, lewd propositions.” The youngest victim was 19 years old at the time of an alleged sexual battery, said the organization.

The Archdiocese of Minneapolis told Catholic News Agency they have also received reports accusing Haas of acting inappropriately towards two adult women at an event in 2018 and making an unwelcome sexual advance toward a young adult woman in 1987. The archdiocese took some actions against Haas in 2018.

Haas’s alleged behavior is the ultimate betrayal of what prayerful song should be used for. If proven true, then Haas used the writing of prayers to God to gain the power he used to sexually abuse women.

These accusations raise all sorts of questions: Does the holiness of a prayer stand apart from its author? Is it wrong to sing songs in church that were possibly written to enable sexual abuse? Is it wrong to pay David Haas for the rights to his music?

Catholics and others who use Haas’s music should not do so anymore.

The prayer of Haas’s songs is entirely tainted when accompanied by the knowledge of his alleged sins and their relationship to his music. The song goes from being an upright prayer to God to an uncomfortable relic of a man who used the Church to abuse and assault. Perhaps there is nothing wrong with the words of the songs themselves, but Haas’s actions have obscured their meaning.

This logic of no longer using the work of an immoral person does not apply in most situations. The scientific discoveries of a serial killer are not delegitimized by his actions. A beautiful building is good apart from its evil architect. But a prayer need not be prayed if it was written to enable the sexual abuse of women.

Prayer is sacred, and its sacredness is touched upon by its author: that’s why Catholics value a prayer written by St. Therese of Lisieux over one written by your average serial sexual abuser. We can move on from Haas to the many other songs written with pure intentions which will not draw us to righteous anger.

Moreover, Haas’s alleged victims should not be subjected to his music during Mass.

We should also stop paying Haas for the rights to his music. To do so may be to financially support a system of abuse. And singing his music at church may only be giving him a platform of fame enabling him to continue his alleged wrongdoing.

GIA Publications, which has the rights to much of Haas’s music, announced Saturday that they had suspended their publishing relationship with Haas in late January and have not sponsored his work since.

“New allegations of sexually abusive conduct by Mr. Haas continue to be reported. We take these reports seriously. GIA Publications supports and stands with victims. We must join together to address and prevent sexual abuse,” said the company on Facebook. Prior to the GIA Publications’ announcement, the allegations against Haas were not public.

Haas told Catholic News Agency that he plans to issue a statement later this week. No criminal charges are known to have been filed against Haas, according to Into Account.

The Catholic Church has been hit with scandal after scandal of sexual abuse in recent years. But this scandal hits especially hard because the songs of David Haas have been central to the prayer lives of many Catholics for years.

The scandal is complicated by the fact that some Catholics, especially those who are more traditional, have wanted to remove Haas’s work from Mass for years because they believe some of his music has poor theology or is overly liberal. Thus, discussions surrounding the removal of Haas’s works from Mass will be more fraught because they will draw on theological tensions in the Church.

But the sexual abuse allegations, which are substantial enough for Haas’s diocese to no longer recommend him, call for an immediate end to using Haas’s prayers in worship. It is as simple as selecting another song.