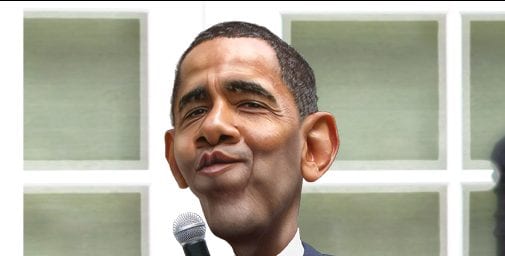 David Brooks wrote today that he’s concerned that the anti-Trumpers are using the same methods of Trump and reducing themselves to his and Hannity’s levels. It’s disconcerting. Tut-tut. Here’s Brooks in “The Decline of Anti-Trumpism”:

The anti-Trump movement suffers from insularity. Most of the people who detest Trump don’t know anybody who works with him or supports him. And if they do have friends and family members who admire Trump, they’ve learned not to talk about this subject. So they get most of their information about Trumpism from others who also detest Trumpism, which is always a recipe for epistemic closure.

The movement also suffers from lowbrowism. Fox News pioneered modern lowbrowism. The modern lowbrow (think Sean Hannity or Dinesh D’Souza) ignores normal journalistic or intellectual standards. He creates a style of communication that doesn’t make you think more; it makes you think and notice less. He offers a steady diet of affirmation, focuses on simple topics that require little background information, and gets viewers addicted to daily doses of righteous contempt and delicious vindication.

This isn’t just a struggle over a president. It’s a struggle over what rules we’re going to play by after Trump. Are we all going to descend permanently into the Trump standard of acceptable behavior?

Never Trumpers, anti-Trumpers, believe these lofty things about themselves: that they’re upholding principles for superior behavior. That they’re better than the Trump fan-girls. That they’re intellectual experts.

At the risk of sounding a clichéd banging drum: This is how you got Trump.

When candidate Barack Obama opined about the bitter clingers, he lowered the discourse, disparaged his fellow Americans and potential voters, and engaged in hideous lowbrowism. He didn’t stop there, of course. Early in President Obama’s presidency, he immediately suspected the motives and accused a police officer of racism for doing his job. There were gifts to foreign leaders — remember the collected speeches of Barack Humble Obama put on an iPod for the Queen of England?

In ways insulting to the American citizens and foreign leaders, President Obama engaged in lowbrowism. Spite was his daily diet. It was just directed at people who other elites found worthy of spite, too, and so they happily joined in while otherizing half the country and anyone espousing pro-Western values.

President Trump is respectful compared to the previous administration’s use of invective against voters who disagreed with the President. The cretins were racist, sexist, homophobic. Closed-minded bigots running amok. Thank Gaia, we’re not like those people, amirite?

And here, David Brooks is guilty of the exact crime that he lays at Hannity’s feet. The accusation is that the Trump lovers ignore normal journalistic standards. Political commentator, heal thyself.

Brooks talks about “genuine experts.” Ben Rhodes was not a genuine expert. He was an Obama sycophant. The whole line-up at the networks and cable extolled President Obama with unquestioning faith, not healthy, intellectual skepticism. Look at how the New York Times continues to toss journalistic standards to the wind to protect President Obama’s disastrous appeasement of Iran, all for the sake of his legacy. The New York Times has produced nigh unto propaganda.

This has nothing to do with Trump and everything to do with a seething hatred for the people who stubbornly refuse to abandon core American values: God, family, country, blue collar work, a strong middle class, home ownership, etc. American exceptionalism is scorned. Traditional values that at least half of America holds dear, laughed at.

During the Obama years, college-educated people suffered little. They could pretend that issues like gay marriage, transgenderism, and renewable energy were the most important challenges facing our time. They could indulge in soft anti-Semitism and pretend that Israel was the problem, not Israel’s terrorist-loving neighbors. They could delude themselves into believing that Iran and North Korea, and even Russia, were just woefully misunderstood.

Worse, they could delude themselves into believing that everyone else believed that, too, and that anyone who disagreed was a moronic lowbrow cretin.

Donald Trump was righteously inflamed at this constant disrespect. He knows these elites and he got the subtext and heard the dog whistles loud and clear. He met their contempt with contempt. He threw off the hifalutin language of an Ivy League grad (which he is, by the way) and adopted the language of the commoner (which he isn’t) and in so doing violated all sorts of elite norms.

In addition, President Trump genuinely likes McDonald’s and eats there. He can afford bespoke suits, but looks schlumpy. He resides in the White House, but his own residences are more opulent and he prefers the comforts there.

Add these offenses to the fact that President Trump made it to the White House without “paying his dues,” without the gazillion-dollar making high-powered consultants who run a sham industry, without needing the money from special interest groups, and the elites hate him ever more. Trump’s independence means his motives are different and unconstrained by the usual money and power influences.

They hate him for it.  A little more time in self-reflection would reveal that they created this presidency. They continue to fuel it.

President Trump did not just materialize out of nowhere. He became a reality in response to the evil winds that blew for a decade. President Obama ignored norms and debased the dialogue and treated half the country with contempt. His obsequious press spread that disdain far and wide. They dressed up their lowbrowism with the language of the elite so superficial nancies like David Brooks would be duped, but the object of their scorn got the message loud and clear.

It’s maddening that after a year, the elite classes in politics, media, and the academy still don’t understand their role in creating the lowbrow culture we now endure.

Trump didn’t create the lowbrow culture. He’s a response to it.