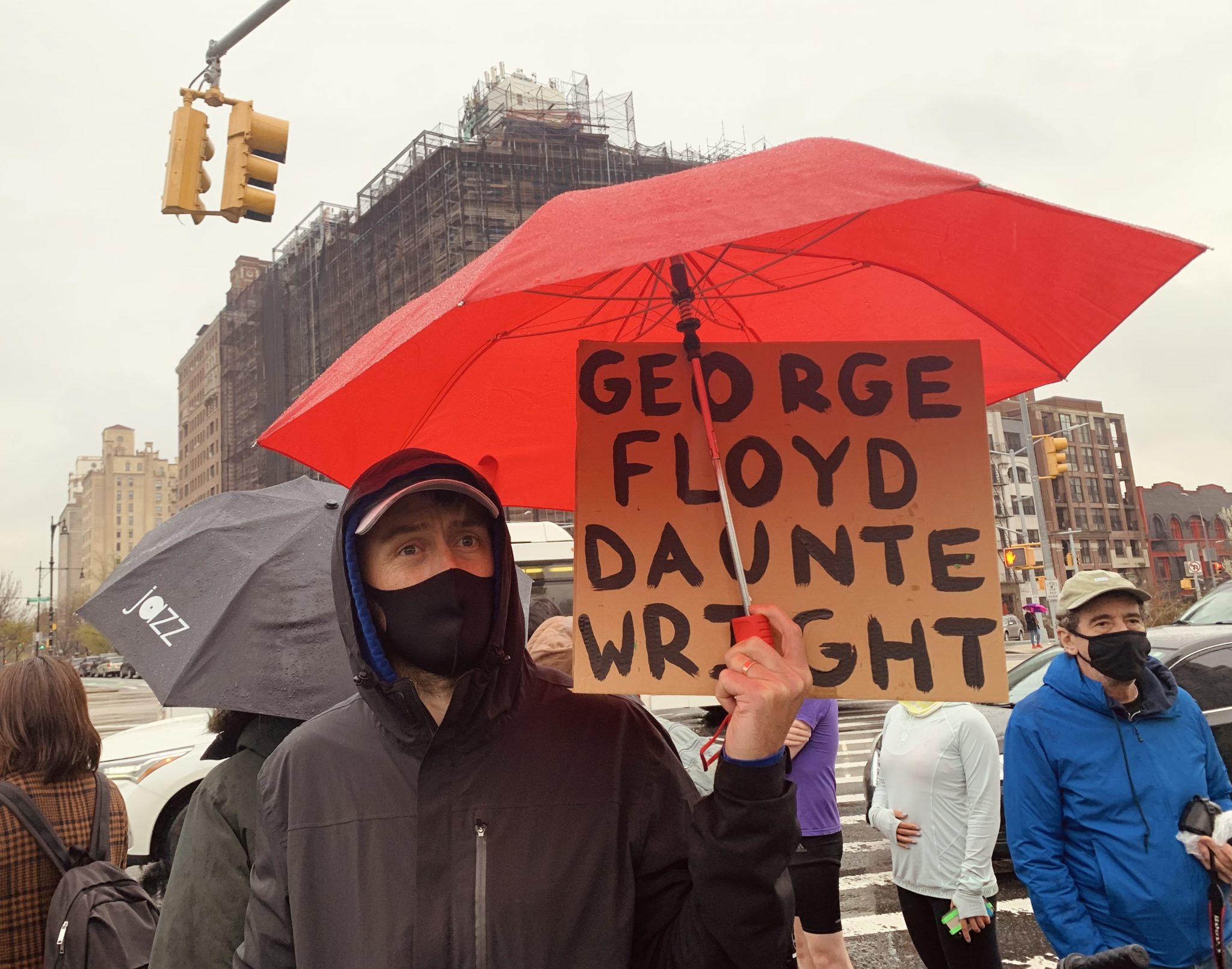 We will never hear the last of them because there will always be more. And because certain people are invested in forcing us to hear about them.

But what they demand we hear isn’t the truth.

Is it a tragedy that Daunte Wright is dead? Of course it is. Should he have been shot dead on Sunday by a Brooklyn Center, Minnesota, police officer? Why, no, he shouldn’t have been.

We can get this out of the way very easily. The Brooklyn Center police department employed, it appears, a female cop who after 26 years on the force can’t tell the difference in a stressful situation between a taser and a Glock pistol. To call this a failure of hiring and training would be a rather generous statement.

There was something of a hue and cry over the firing of the city manager in that Minneapolis suburb because he called for the officer to be given due process, but the fact of the matter is that the most likely result of due process in the Daunte Wright case is firings up the chain of command anyway. The officer in question, Kim Potter, who was a former police union local president,  has already resigned. The police chief, Tim Gannon, has also resigned. Mike Elliott, the African American Democrat mayor of Brooklyn Center, seems pretty intent on throwing under the bus as many underlings as possible in order to save himself, but he probably ought to go, too.

Particularly after what the mob did to Brooklyn Center in response to the Daunte Wright shooting.

We could have an argument about “diversity hiring” here. We could also have an argument, as Reason.com was insistent on raising Monday, about the deadly stupidity of laws like the one Minnesota has criminalizing the hanging of air fresheners or other items from the rearview mirror of a car. Reason‘s Billy Binion pronounced Daunte Wright dead as a result of that idiotic statute.

He’s wrong. That law, disgracefully ridiculous though it might be, did not kill Daunte Wright.

Then it was noticed he had an outstanding warrant.

Then it was noticed he resisted arrest.

Then it was noticed he got back in his car and drove away from the police. Which he had done before, as it turned out; Wright had fled from officers in June. The circumstances from which that police encounter arose make for scintillating reading. He was reported to the police for waving a gun around, and when the cops showed up it turned out Wright didn’t have a permit for the gun.

He ran away. And he was cited and ordered to appear in court. He didn’t, which occasioned the warrant for his arrest.

That’s not all that appears on Wright’s record. There was the February arrest for aggravated robbery. There was a disorderly conduct charge arising from a 2019 incident. There was the guilty plea in late 2019 to possession and sale of marijuana. And there was an arrest warrant for armed robbery; Wright was accused of choke-holding a woman and threatening her at gunpoint, demanding $820 intended to pay her rent.

Daunte Wright dropped out of high school, then fathered a child out of wedlock he couldn’t support with minimum-wage jobs and petty drug dealing. He had borrowed $50 from his parents to take his car to a car wash and had his girlfriend in the car with him, with expired license tags. He was stopped by the police, resisted arrest, and then attempted to drive away — which raised the likelihood that he would expose his girlfriend to bodily harm. She was apparently injured when, as he bled out following being shot by Officer Potter, he crashed the car attempting a getaway.

In other words, this is someone who chose to be a penny-ante John Dillinger. He ended up with the full ante.

His parents are justifiably upset at his death. The loss of a child is one of the most heartbreaking events anyone could bear. Certainly our sympathies go out to them.

But Daunte Wright’s father called him “a great kid.” He said he was “a normal kid. He was never in serious trouble. He enjoyed spending time with his 2-year-old son. He loved his son.”

Or, in the community Daunte Wright came from, maybe they do. Maybe that’s great.

If so, that’s a lot bigger problem than the incompetence of the politicians and police in Brooklyn Center, Minnesota.

But that isn’t something you’ll hear much about, is it?

You aren’t even allowed to talk about the fact that this 20-year-old kid had already messed up his life and may have been well on his way to becoming a career criminal. Daunte Wright had perpetuated the cycle of out-of-wedlock childbirth, academic failure, the inability to learn and deploy a marketable skill, and escalating criminal behavior that so horrifically afflicts the black community in this country.

If Daunte Wright’s life was “great” and not substandard, then we will never be rid of these tragedies. And they’re all fundamentally the same — career criminal on the fringe of society, a failure in life, involved in drugs (if not high at the time; we’ll know later what the toxicology report shows), likely faced with prolonged jail time upon arrest and resisting arrest.

But you aren’t allowed to say that. Neither Joe Biden nor Kamala Harris, both of whom had the opportunity to lead but instead chose to pander to the mob, would say it. Nor would Minnesota’s Gov. Tim Walz, another pandering Democrat responsible for more of his state’s destruction than perhaps all of his predecessors combined.

Wright’s family hired — of course! — the race-hustling attorney Ben Crump, who has made his entire livelihood trying cases like this in the media as the cities where they happen burn. Crump’s street-criminal clients, or more specifically their families, often pull nice settlements out of local governments despite weak evidence of actual malfeasance.

This case, owing to the Barney Fife nature of the gunplay involved, might be Ben Crump’s best yet. Which isn’t saying much.

So he was on the scene in Brooklyn Center almost before the body was cold.

Well, of course it matters. It matters to Ben Crump. Daunte Wright will be a nice paycheck for him. And so will the next Daunte Wright, and the one after that. Before too long, Ben Crump will be able to buy a million-dollar house in Topanga Canyon near Black Lives Matter founder Patrisse Cullors’ fresh crib.

It isn’t a coincidence that nobody is interested in preventing lives like Daunte Wright’s but rather celebrating them. Daunte Wright’s funeral will be a lot bigger deal than David Dorn’s. There will be murals painted and stores burned and looted in his honor.

And then there will be a fat settlement. Daunte Wright will end up worth a whole lot more dead than he ever was alive.

So long as this tragic cycle can’t be called out for the horrific farce that it is, it will continue. But it can’t. And the next Daunte Wright will only keep the wheel turning around and around.

Scott McKay
Follow Their Stories:
View More
Scott McKay is a contributing editor at The American Spectator  and publisher of the Hayride, which offers news and commentary on Louisiana and national politics, and RVIVR.com, a national political news aggregation and opinion site. Additionally, he's the author of the new book The Revivalist Manifesto: How Patriots Can Win The Next American Era, available at Amazon.com. He’s also a writer of fiction — check out his three Tales of Ardenia novels Animus, Perdition and Retribution at Amazon. Scott's other project is The Speakeasy, a free-speech social and news app with benefits - check it out here.
Most Popular
Sign up to receive our latest updates! Register