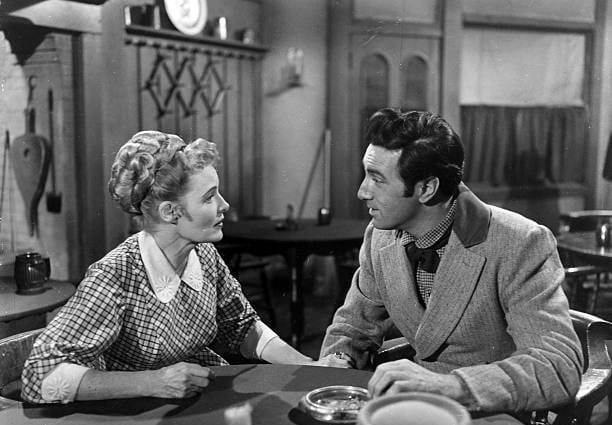 I see that the New York Times recently made a “correction” to its much-ballyhooed “1619 Project.” The 1619 Project, of course, is an effort to demythologize American history, ripping away the pretty façade to expose the essential racism and corruption that (supposedly) undergirds our real story. In the past, we are told, the dark realities of American history have been covered up, but they’re going to fix that. “It is finally time to tell our story truthfully,” they proclaim.

The news coincided, for me, with binge-watching a TV program from my childhood. That was The Adventures of Jim Bowie, a 1956–58 series about one of America’s more problematic folk heroes.

As portrayed (broadly) on TV by English actor Scott Forbes, Jim Bowie was a wide-eyed all-American boy. He was a businessman, though business led to adventure. But he was always scrupulously honest, even kind of innocent.

The real Jim Bowie, according to the record, was a man on the make. Along with his friend, the pirate Jean Lafitte, he conspired to manipulate existing anti–slave smuggling laws to their mutual profit. Slave smuggling (as the 1619 scholars will tell you, and they’re right) was a brutal business. But like most white men of his age, Bowie had no problem with it.

Later on, he carved himself a special graffito in history by attempting one of America’s most audacious land swindles. The U.S. government had agreed to honor old Spanish land grants in the newly purchased Louisiana Territory. Bowie blithely sat down and forged grants (by all accounts pretty clumsily), laying claim to more than 150,000 acres in Louisiana and Arkansas. The claims were eventually disallowed, but not before a number of Bowie’s investors had been ruined.

In other words, the Jim Bowie program is just what the 1619 Project is talking about. What better evidence could we find of America sugar-coating its history than this glorification of a slave merchant and forger?

Indeed, the series’ portrayal of its hero is a kind of Bizarro-Bowie. The facts of his life are misrepresented from the very first episode, where he commissions his famous knife, as he explains, in order to protect himself from bears (wilderness survival tip — don’t try this). Instead of smuggling slaves, in one episode he rescues one. Instead of defrauding people, he exposes fraudsters.

And yet — that’s the micro view. The macro view, the show’s broader picture of America, tells what seems to me a more complex story.

I’ll grant that the issue of slavery isn’t dealt with in any depth. There were limits, to paraphrase Val Kilmer’s Doc Holliday, to even ʼ50s television’s hypocrisy.

But Native American issues are addressed repeatedly. In the micro, you usually (but not always) get the kind of pat endings you expect in a show aimed at Boomer kids. But the overall picture of America is more nuanced.

One episode is entitled “Osceola.” It deals with the historical figure of Osceola, leader of the Seminole resistance. Jim saves Osceola’s son’s life and then tries to persuade him to surrender to the army, simply to avoid bloodshed. Osceola refuses and goes to his fate. Seminole costumes are relatively authentic by the low standards of the time, and Osceola himself is treated as a noble but tragic character.

In “Jackson’s Assassination,” a young Native American man joins a plot to assassinate President Jackson. He’s motivated by the Indian Removal Act of 1830. Jim manages to persuade the young man that he’s been duped, and together they save Jackson’s life. Jackson takes the opportunity to make a pragmatic case for the removal — allowing the Native Americans to stay would lead to genocide (this remains a plausible defense today). It ends with an improbably gracious Jackson becoming the young man’s advocate. (Throughout the series Bowie is portrayed as a Jackson supporter. This is untrue; he was a Henry Clay man.)

In “Epitaph for an Indian,” Jim has to pass a test to persuade a Native American chief to join that same relocation. It’s made clear that the tribe’s survival depends on their leaving.

All these plots are implausible. But note that they don’t prettify the relocation — better known to us as the Trail of Tears. There’s no attempt to pretend that the American policy was a beautiful one. There’s only an argument that, given the times and the social conditions, relocation was the best among bad options.

Contrast this frank picture in a kid’s show with the claims of the 1619ers, who insist that up until now Americans have been presented a false picture of our history, in which racism and genocide and land theft have been swept under the rug.

In fact, America has a long history of self-criticism when it comes to Native American issues. Sticking to popular culture, I can cite a few examples out of my own limited viewing and reading.

Long before Dances with Wolves (1990) told its “groundbreaking” tale of a U.S. Army officer deserting to join Native Americans, cowboy star Tim McCoy made a movie called End of the Trail (1932). I won’t go into details, but you could make an argument that the Kevin Costner film’s plot was lifted directly from McCoy’s.

Want to go further back? I read, out of curiosity, the dime novel Wild Bill’s Last Trail, by Ned Buntline, who is best remembered for a gun he never really gave Wyatt Earp (more frontier folklore there). Wild Bill Hickok is actually the villain of the book — Buntline nursed a grudge. The hero is a fellow called Persimmon Bill, who — wait for it! — has deserted from the U.S. Army to join the Oglala Sioux and fight the white man.

I’m not arguing that such stories were common or characteristic. I’m just saying they were there, and they found their market. It is not news that American history has a dark side. A congenital element of Rousseauean idealism in our culture has seen to that.

Everyone has a right to discuss that dark side of America, to denounce it and call for justice.

But it’s wrong to play the Great Truthteller, the White Hat hero coming in to enlighten the ignorant.

Lars Walker is a novelist and Norwegian translator. His latest novel is The Elder King.