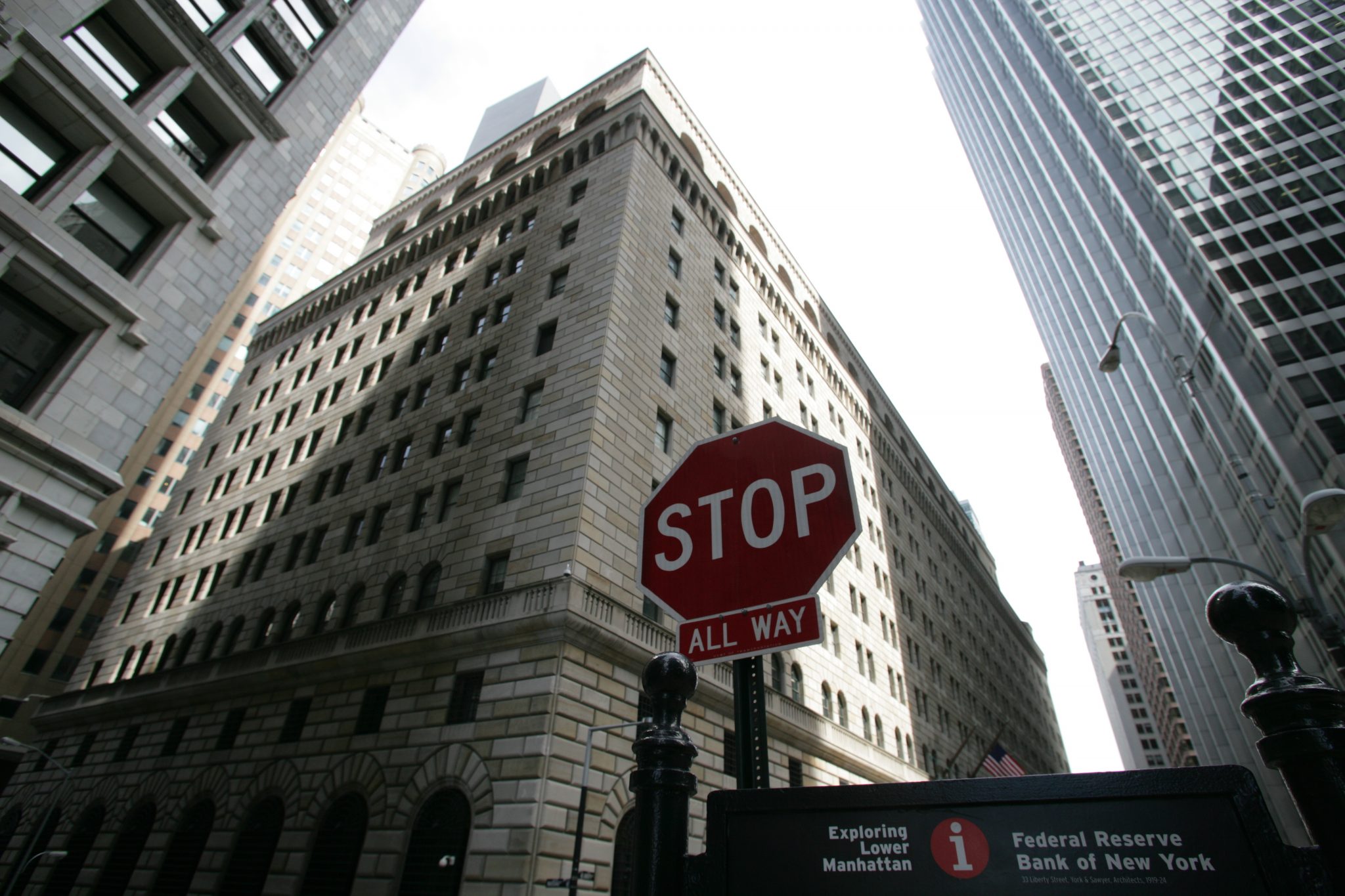 The Federal Reserve Bank of New York injected $86.4 billion into the repo market on Monday. This follows three months of the Fed intervening in a repo market it normally leaves to its own devices.

When repurchase agreement (repo) rates exploded in September and the Fed intervened in that market for the first time in more than a decade, interested parties cited corporate tax deadlines, regulations, and other minor reasons as the major factor. BIS Quarterly Review shines the light on the $23 trillion elephant in the room.

“US repo markets currently rely heavily on four banks as marginal lenders,” the BIS Quarterly Review article by three economists explains. “As the composition of their liquid assets became more skewed towards US Treasuries, their ability to supply funding at short notice in repo markets was diminished.”

Put another way, banks depended upon by other financial institutions for short-term lending could not meet the demand of borrowers because they tied up their supply to finance the massive United States deficit. Bizarre fiscal policy leads to strange monetary policy.

“In just the last quarter, the Treasury issued nearly $1 trillion … of debt,” Michael Lebowitz writes at SeeItMarket.com. “At the same time, foreign sponsorship of U.S. Treasuries has been declining. While predictable, the large amount of cash required to buy Treasury notes and bonds may have created a cash shortfall.”

The Bank for International Settlements did not name the four big banks fueling the repo market — and since augmented by the Federal Reserve Bank of New York — but one does not require inside information to make an educated guess on the identities of the banks with cash to spare.

Why does the repo market matter? The last time the Fed intervened in it came in 2008. As BIS Quarterly Review explains, “The freezing-up of repo markets in late 2008 was one of the most damaging aspects of the Great Financial Crisis (GFC).”

This news of intervention in the repo market coincided with the Fed noting an increase in its balance sheets to more than $4.1 trillion, a boost of about $300 billion since September. Treasury bills account for the bulk of that $4.1 trillion. This is quantitative easing but the Fed refuses to call it that.

On October 11, when the Fed announced increased buying of Treasury bills and further intervention in the repo market, it characterized the actions as “purely technical measures” that “do not represent a change in the stance of monetary policy.” Two months back, this column rejected that characterization and pointed out the interconnectedness of the two actions. Not only do the purchasing of treasury bills and the repo market intervention stimulate the economy (whether as a byproduct or by design), but the Fed last pursued both policies simultaneously to this extent during the Great Recession. Add in central bank’s three rate cuts this year and one plainly sees “a change in the stance of monetary policy.”

Large-scale purchase of the U.S. debt and intervention in the repo market occurring simultaneously not only finds a jarring historical precedent from 2008 but the two occur in symbiosis, or, perhaps more accurately, antibiosis. When the United States government devours $1.1 trillion from lenders to help pay for a $4.7 trillion budget, this pressures banks to lend money to the treasury, which, in turn, decreases the supply available for repo lending within the financial institutions. So, in a sense, the same phenomenon drives the Fed’s largescale purchase of treasury bills and its repo-market intervention — and the central bank in large part does the former to prevent a bigger crisis involving the latter.

The extraordinary measures taken by the Fed — repo intervention, purchasing of debt, three interest rate cuts — in 2019 appear ever more so given that they come during a period of low unemployment, a growing economy, and a booming stock market. The Fed does not seem primarily to blame for this. The bankers cease behaving strangely once the politicians do.

A $1.1 trillion deficit and a $23 trillion debt unleash consequences.