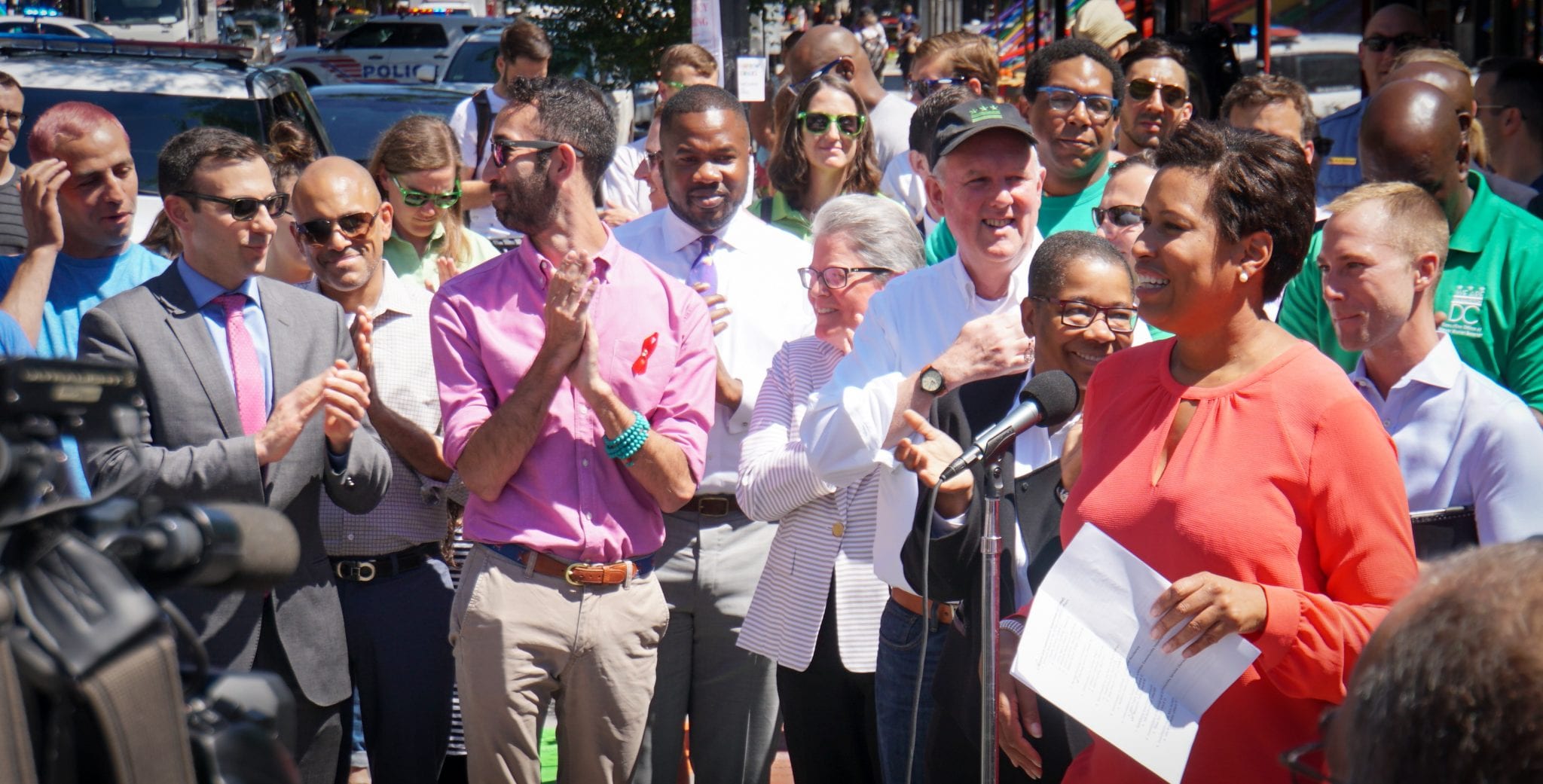 Another day, another restaurant with black-and-green “Save Our Tips” signs plastered all over.

It’s become a common experience for me as a denizen of The Swamp to see these signs whenever I go to a restaurant or bar in the nation’s capital. Outside groups are trying to subject D.C. servers to a minimum wage that would actually cause wages to go down, as well as harming employment, by ending the tipped wage system. D.C. servers aren’t having it.

Ever since a New York-based group managed to insert Initiative 77 onto the ballot, restaurant workers have had their noses to the grindstone trying to stop it from passing. The Save Our Tips campaign has made a difference—signs and t-shirts advertising the campaign have become ubiquitous in D.C. establishments.

But opponents of the ballot measure aren’t stopping there. A debate got ugly when hundreds of servers opposing Initiative 77 showed up and vocally opposed supporters, accusing them of being paternalistic and opportunistic. Some tipped workers even started a pop-up bar named “2026” (the year Initiative 77 would take effect). The bar is intended to be awful and give voters an idea of what Initiative 77-D.C. would look like—a $12 cocktail costs $17.97 and the staffing is slim.

And still the measure is in danger of passing, as well-meaning voters turn up to vote in a way that they think will help servers. But who knows—maybe they’ll take a moment to lift their head out from under a rock to notice the cacophony of servers asking them to save their tips.