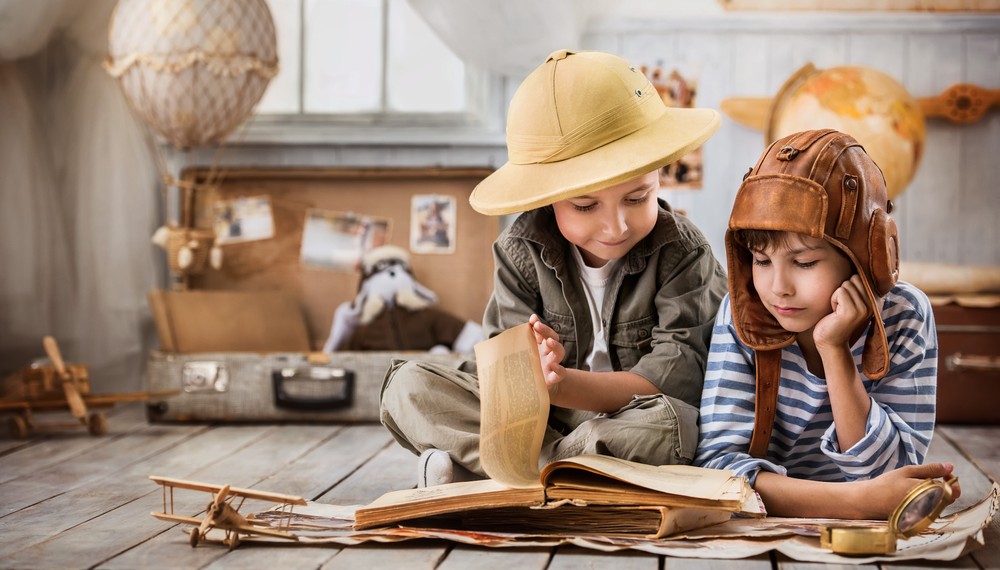 Curiosity and Its Twelve Rules for Life

Novelist and prankster Ken Kesey recounted that his dad upbraided him once, declaring to him, “Your problem is that you keep trying to scrute the inscrutable!”

Of course, Kesey’s dad was of the generation that had looked into the abyss and saw it staring back. As soldiers, his generation had seen the stacks of rotting, starved corpses in Buchenwald, Bergen-Belsen, Mauthausen, and all the other rotting metropolises of the Nazi kingdom of death. After the Kasserine Pass and Anzio, Omaha Beach and the Bulge, Iwo Jima and Okinawa, they wanted only to go back to America, buy a home surrounded by trees and grass, and start a family.

What questions could one ask of the evil they gave everything to stop and then to defeat? They wanted only to forget forever the utterly irrational face of the abysmal evils that had laid Europe in ruins, exterminated fully a third of the world’s Jews, raped Nanking, and turned the women of Korea into sex slaves. They wanted to forget that in order to win the war, they had made common cause with an evil nearly as loathsome as the ones they had fought.

But they were not irresponsible. They held the line against Stalin, in the end, and against Khrushchev, for all the “We will bury you” statements and the shoe-banging at the UN. They were willing to face down communism, for the stakes were high. That much they had learned — be curious about what may kill you.

In Kesey’s own words, “The answer is never the answer. The need for mystery is always greater than the need for answers.”

Over half a century past the ’60s, the drive for safety has trumped the need to engage mystery. But this quest for safety at all costs has been driven not by a generation of heroes who put their lives and their souls on the line but by those who seek to secure their comfort at the expense of every idea or personality that troubles their ego and the precise lines of dogma by which they wish to define all reality.

So we come to a book for all those who refuse to sacrifice truth for comfort and who embrace the quest to pursue meaning wherever it may be found — F. H Buckley’s Curiosity and Its Twelve Rules for Life, newly published by Encounter Books.

To this age defined by hyper-partisanship, Buckley speaks truth:

Partisanship is … a vice of intellectual sloth. It frees a person from the costs of caring about other people, of learning about how his policies might harm them. Curiosity imposes informational burdens from which partisanship offers an escape. That makes incuriosity a strong default.

In other words, the human who shirks humanity, who idealizes the unthinking grace of the animal, is naturally incurious. But the incurious human is naturally inhuman, and especially towards those who stalwartly insist on asking questions, on probing beyond the reactionary and the habitual.

Buckley asks those questions, raising them from all corners of our cultural heritage, from Aristotle to Aquinas to Camus, from the Bible to Wittgenstein and Russell, from Aeschylus to Oscar Wilde, from the Guide for the Perplexed to J’Accuse to Howards End. Blessedly, Buckley does not just throw names at us. Every reference is to an idea that has made him think, that has resonated with the curiosity that makes us dare to go beyond the narrow self in search of a truth in which the other is a source of challenge, wonder, and self-transcendence.

The key to it all is curiosity, in not letting life become mechanical and algorithmic. One must dare to ask and to explore, even at the risk of expulsion from Eden. Reverting again and again to the challenge of Eden, Buckley touches the deep religious roots that enabled people to accept each other even when they disagreed on various lesser issues. The Genesis text casts the curiosity of the first humans as a sin — and even so, it pushes us towards redemption. The possibility of the static perfection of Eden was denied us by curiosity, and in its place came the constant striving to return to G-d — something that cannot be done without uplifting and redeeming even the realm of imperfection.

A story that illustrates an intention akin to the one Buckley hints at was present in the divine plan. The Chassidic master R. Schneur Zalman of Liadi had a rare book in his library on whose cover he had written, “A curse in this world and the next on any who read this book without permission.” One day, there was a terrible fire that consumed many books in the rabbi’s library, including this volume. With tears and with desperate hope, he ran to his son and successor and asked him to help him recreate that book from memory. His son said, “Father, you warned of a curse for any who would dare to look into that book. I obeyed you.” The bereft father asked his son, “Surely such a book would have been worth the curse?”

Curiosity is what moves us from a static view of the world to one in which every human is capable of adding on, of being a partner in a divine challenge to exceed. And most of all, it makes us exceed a jaded view of humanity in which the Other is fundamentally threatening in his difference and so must be avoided — or eliminated.

Curiosity instead leads Buckley to explore that wide flow of religious humanism that has been so ignored by the ignorant hijackers of modern culture, who in reducing religious traditions to caricatures have savaged the deepest wells of our human experience and weakened the bonds that have held us together even in our differences.

When Ken Kesey wrote publicly of how he found daily study of the Bible indispensable, this awakened something in me, a Jew who had let loose most of the ties of his own tradition. Studying Scripture and then the teachings of those who passed down the Scriptures along with their context, the lesson that Buckley traces through all our culture opened before me in rabbinic texts. Thus the rabbis of antiquity cautioned, “One too shy to ask and to challenge cannot learn; one too strict cannot teach.”

And so a modern Talmudist wrote, “Voicing doubts is not only legitimate … [but] it is essential to study. To a certain degree, the rule is that any time of query is permissible and even desirable; the more the merrier. No inquiry is regarded as unfair or incorrect as long as it pertains to the issue and can cast light on some aspect of it.”

In the wide religious humanist tradition, the acceptance of the inscrutable enables us to know things more deeply, the acceptance of difference makes possible real oneness among naturally disparate people, and the acceptance of rules and order makes possible a connection to the core of coherence that no rule can ever fully nail down. And so the first of Buckley’s rules is “Don’t Make Rules,” a deeply humorous and seriously wise koan-like shtick that directs readers on the path of curiosity. It leads us deeper into humanity, requiring of us grit, originality, creativity, a rejection of smugness, and many other of the simple yet indispensable tools of living a worthwhile life that increases constantly in meaningfulness.

And thus curiosity and real faith are inextricably enmeshed. The darkness of this moment in our national life and in the world’s culture cannot last. Buckley writes,

Even as God made Eve curious, I think the incuriosity of modernity will ultimately prove unsatisfying. We were created as curious beings and will always seek answers, especially to the most fundamental questions of our existence.

That thought is robust enough to tempt many who are incurious to test it and explore its truth. And each time that happens, another small battle is won. “Seek Me and live,” G-d says to Amos. The answers are for Truth to tell. The very act of seeking is what is required of us. It is our human duty and the way to all that can be good in life. Buckley is an able guide to this broad highway.