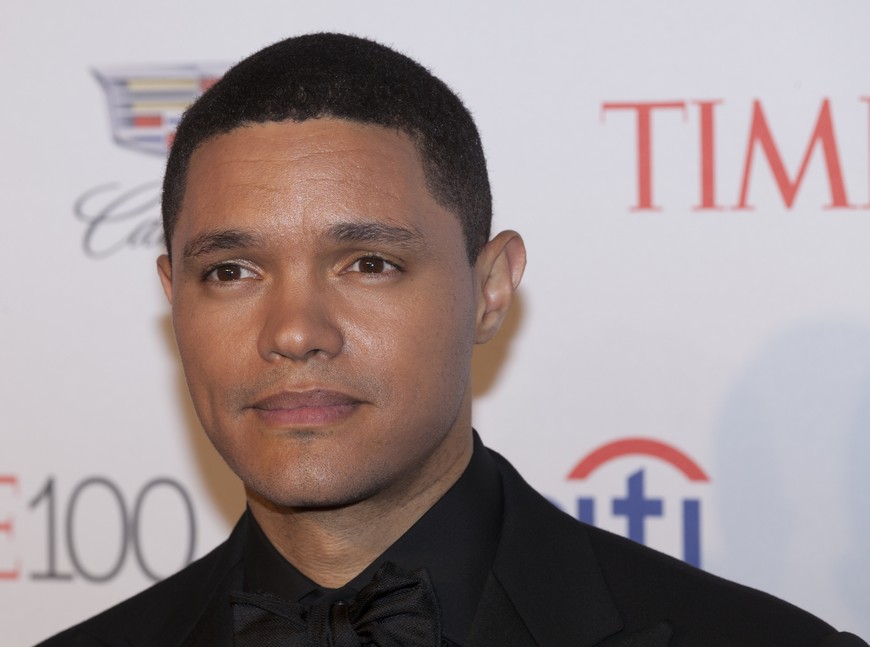 Amid a rapid expansion from two to 72 genders and proliferation of preferences (demi-, sapio-, pan-) atop hetero, the sexual revolution suffered a rare defeat this week in the obliteration of an orientation: cuomosexuality.

Twenty twenty-one’s love that dare not speak its name seemed so very natural in 2020.

“Yeah, people online are falling in love with him because of coronavirus and how he’s handling it,” alleged comedian Trevor Noah confessed. “And I’m not gonna lie: those people include me. My Tinder profile now lists me as Cuomosexual.”

Alleged comedian Ellen DeGeneres, who famously came out as a lesbian on a primetime ABC sitcom and on the cover of Time, came out again in 2020 — as a Cuomosexual.

Do you remember seeing this movie, or at least this movie awards show, before?

Jennifer Lawrence flirting with Harvey Weinstein on stage, Meryl Streep calling him God, and other beautiful people fawning over the grotesque man reminds that before the advent of the Cuomosexual Hollywood leftists showed themselves, sometimes in quite literal ways, Harveysexuals.

No consequence awaits one who mixes Cuomo’s name with those guys. But no mere accusation, let alone proven fact, drags him to their level. Fashion does. Just as trendy people made a fashion of Andrew Cuomo, they dropped him like bellbottoms or acid-washed jeans because he ran afoul of sexual mores more puritanical than those encountered by Clinton. And because one dare not say the Empress Has No Clothes on numerous of the fully-clothed accusations.

Consider Kaitlyn. Letitia James, the attorney general of New York who chose to attaint rather than prosecute Cuomo, informs of Kaitlyn in her report:

The Governor met Kaitlin (whose last name has not been publicly reported) at a fundraising event on December 12, 2016. He had pictures taken with her in a dance pose (as the photographs from the event show), which made Kaitlin uncomfortable. Nine days later, the Executive Chamber reached out to Kaitlin to hire her to work with the Governor. Kaitlin was hired and approved to receive a salary of $120,000 (which was so high that it was laughed at during Kaitlin’s interview for the position). During the year she worked at the Executive Chamber, the Governor: (1) instructed her to act like a “sponge” to soak up knowledge, then proceeded to call her by the name “sponge,” which she found to be embarrassing, condescending, and demeaning; (2) asked about how certain members of his senior staff, known as the “mean girls” were treating her; (3) commented on her appearance on a number of occasions, including saying that an outfit she wore made her look like a “lumberjack” and commenting on her not being “ready” for work if she was not wearing makeup or was not dressed nicely; and (4) on one occasion, asked her to look up car parts on eBay on his computer, which she had to bend over to do, while wearing a skirt and heels, as the Governor sat directly behind her in his office, which made her feel uncomfortable. Kaitlin’s colleagues at the State agency she moved to after she left the Executive Chamber witnessed and corroborated the impact that her experiences at the Executive Chamber had on her, including becoming visibly distressed whenever she had to return to the Executive Chamber’s offices for work.

Then. Sponge. Up. The. Crocodile. Tears.

Others included in the report paint a picture of a powerful man using his position to satisfy his sexual appetites. The worst of the accusations involve him touching breasts and butts, making unwanted passes, and inquiring whether a married woman thought about committing adultery, presumably with him. He is handsy. He is a cad. He is a bully. This does not make him a rapist.

The mundane nature of so many of the accusations strikes as the most convincing aspect. Who indignantly accuses another of putting, at a wedding, his hand on her back and kissing her on the cheek, as Anna Ruch does, save for one indignant that another put a hand on her back and kissed her on the cheek? That’s not the stuff of the National Enquirer. But it’s certainly not the stuff of make-believe, either. The women do not accuse Cuomo of Weinsteining them, Cosbying their drinks, or even Charlie Roseing the towel.

He Cuomoed them, i.e., pushed the line past the point of their comfort but rarely past the line where plausible deniability dares not venture. One imagines that if several of the women did not so clearly mark a line during the unpleasant interactions, Cuomoing might have morphed into Clintoning or worse.

Forever, Democrats needed not to practice what they preached on sexual harassment. Clearly, #MeToo pushed party people — albeit, not all of them, as the Time’s Up founders who helped Cuomo fight his accusers prove — past a Rubicon. The days of a Time reporter confessing she would be “happy” to perform oral sex on President Clinton “just to thank him for keeping abortion legal” feels very unfashionable. So does Andrew Cuomo. That is because one elevated by fashion inevitably falls on it.

Predators know no one party. But so many found a welcoming place among Democrats because they imagine their progressive policies, donations, and rhetoric as indulgences providing license for licentiousness.

Andrew Cuomo painfully discovered that wooing twentysomething single women politically comes easier for Democrats than wooing them romantically. When you give them free abortions, special laws protecting “strong” women from compliments, job preferences, and subsidies for keeping the children’s father away from the home, they begin to feel entitled. And to feel entitled around one who feels entitled courts danger, not romance. The gropenor deluded himself into believing he held the power in social relationships as he did in politics. The fact that his fall comes not from the killing of grandmas knowingly stuffed into overcrowded care facilities with covid-positive patients and staff but from, among other offenses, calling a young woman “sweetheart” and “darling,” illustrates where power sits.

The most aggrieved parties appear nowhere, not even anonymously, in the attorney general’s report. Plain Jane, Ugly Betty, and Large Marge never received a job offer. Should we believe the women blessed by looks also receive blessings of intelligence and other attributes required for work at the highest levels of state government? We don’t see the women in the report never seen by Cuomo in the workplace because we don’t see them, either. Nor did we hear, even anonymously, from the women who advanced by succumbing to (or even soliciting) the governor’s advances. As with Weinstein, admissions by women of gaming the system did not come as readily as accusations of abusing power. Cuomo perpetrated offenses outlawed by legislation he signed. Yet, one almost succumbs to the temptation of calling him, at least in some narrow sense, a victim, too. For years, sycophants sold a guy who looks like a cross between Abe Vigoda and the uglier Menendez brother as the “Luv Guv” and included him on “sexiest men” lists. Cuomo clearly read his own press. Worse still, he believed it.

A bully enabled by the Fourth Estate now finds the crowd of journalistic admirers more like a mob. They made him say, “I quit.” But like Andrew Cuomo, they rarely grant pleas for mercy. Cuomo made them all look like fools, after all.