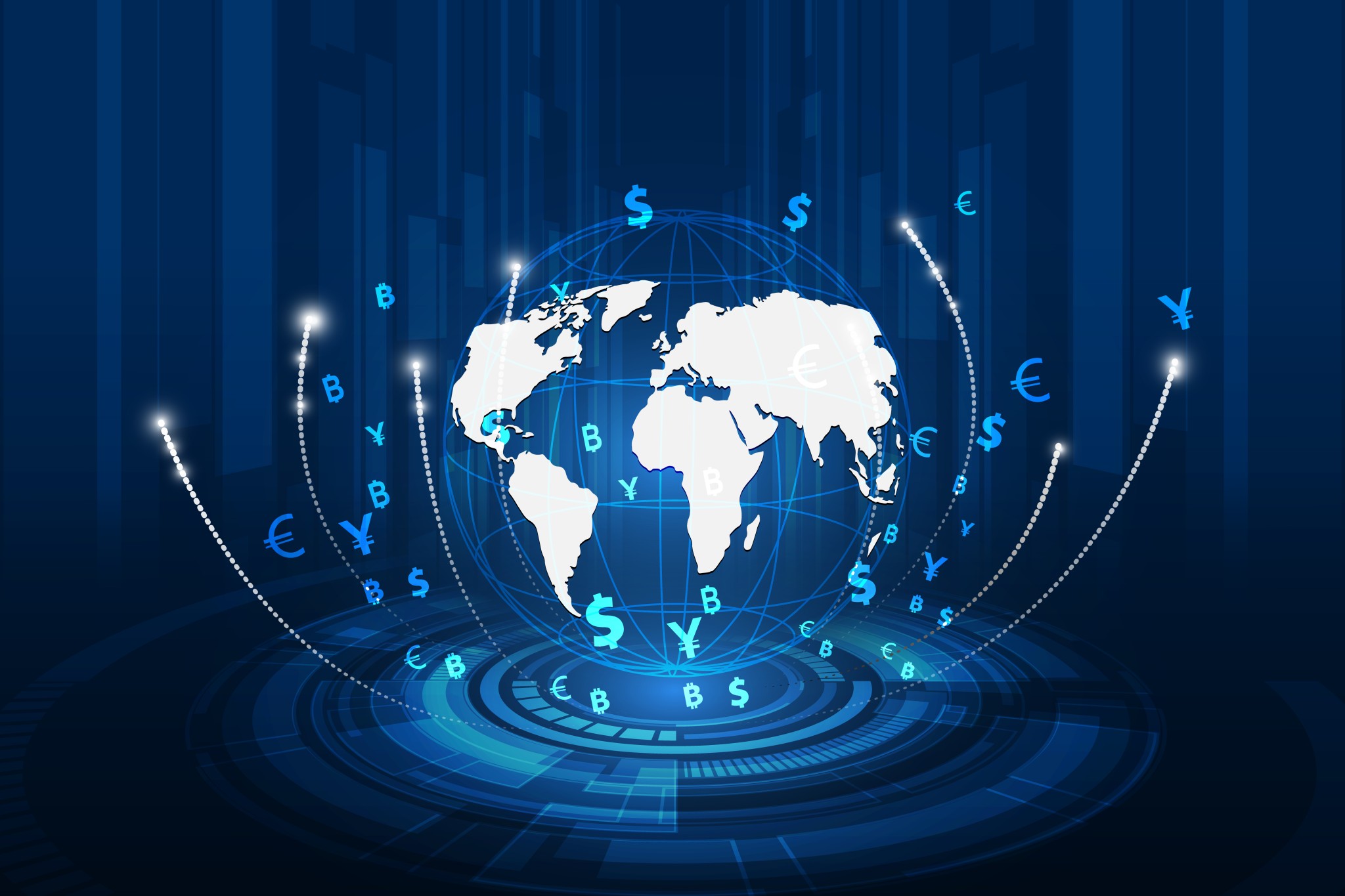 Fear and raging inflation have roiled hot but still nascent digital currency markets. From November 15 to May 26, the cryptocurrency market plunged 57 percent, with $1.6 trillion of value lost. At the same time, the price of leading cryptocurrencies bitcoin, ether, and XRP fell 55 percent, 60 percent, and 67 percent, respectively.

Stablecoins — digital currencies designed to have less volatility than classic cryptocurrencies — were not immune. Notably, stablecoin TerraUSD, sold as a currency pegged to the U.S. dollar, collapsed, trading as low as 3 cents on Friday. In reaction, Treasury Secretary Janet Yellen decried stablecoins’ risk. But TerraUSD is an “algorithmic stablecoin” not backed by dollars, dollar-denominated debt, or an asset like gold. It was tied to the cryptocurrency Luna. When Luna’s value fell below $1, TerraUSDs were “burned” in exchange for Luna worth $1. This was too clever by half and, when stressed, failed. Luna was all but dead by May 20, trading at .01 cents.

What Caused the Crisis?

Many viewed cryptocurrencies, particularly Bitcoin, the supply of which is capped, as an inflation hedge. But they are just electronic bits whose value as an inflation hedge is predicated on somebody — the proverbial greater fool — being willing to pay more for them next month. They don’t generate cash. Nor do they have any intrinsic value.

With the Fed belatedly acknowledging that price inflation is a problem and beginning to reduce the bloated money supply and increase interest rates, the crypto bubble is deflating.

The Rise of Cryptocurrencies

Digital currencies launched in the ’90s with systems like Digicash, Beenz, and Flooz, but these were not compellingly better than existing options and failed to find a path to network critical mass.

Bitcoin launched the next wave, cryptocurrencies. Bitcoin is a permissionless, network-enabling, cryptography-validated, peer-to-peer value transfer on a public digital ledger.

However, cryptocurrencies face significant challenges: Regulators are hostile; they have performance and governance problems; there are yet to be compelling licit payment uses; and incumbent payment systems work well. Major cryptocurrencies are a volatile, speculative investment. Most of the thousands of cryptocurrencies will fail.

The Innovation of Stablecoins

Stablecoins were developed to deliver digital currencies’ touted benefits without some of the deficiencies. They are electronic tokens backed by an asset such as fiat currencies, fiat-currency-denominated debt, or gold. They are designed to be less volatile and therefore more suitable as money than cryptocurrencies. If they are issued by regulated financial institutions, it is hard for the state to object.

A private-sector stablecoin market is emerging with coins like Circle, Tether, and Binance. While today stablecoins are used almost entirely to trade cryptocurrencies, issuers are looking for additional purposes.

Legal and regulatory certainty is needed. With that in mind, Republican Sen. Pat Toomey of Pennsylvania wrote a bill titled the “Stablecoin Transparency of Reserve and Uniform Safe Transactions Act of 2022” and new Jersey Democratic Rep. Josh Gottheimer created the “Stablecoin Innovation and Protection Act of 2022.” Toomey’s bill would authorize banks and Office of the Comptroller of the Currency-licensed nonbank issuers to offer stablecoins. There is no compelling prudential reason to only allow banks to offer low-risk dollar tokens.

For much of America’s history, banknotes were money. Stablecoins are the electronic analog. Competing electronic banknote issuers serving U.S. and foreign consumers and businesses would spur innovation in money.

Central Banks Are the Elephant in the Room

Central banks’ interest in CBDCs has been stoked by cryptocurrencies, Facebook’s 2019 announcement of stablecoin Libra (rebranded Diem before being shuttered earlier this year), and China’s digital yuan. Ninety percent of central banks responding to the Bank for International Settlement’s 2021 survey, including the Fed, are working on central bank digital currencies.

Since 1971, when President Richard Nixon severed the dollar’s link with gold, the world has operated on fiat money. Federal Reserve Notes (cash) and banks’ deposits at the Fed are central bank money. Consumers and businesses, however, rely principally on commercial bank money.

A Fed e-dollar would be central bank money consumers and businesses could make payments with in lieu of cash, checks, American Express, Discover, Mastercard, Visa, PayPal, Square Cash, Western Union, and Zelle. It could also be a wholesale e-dollar that financial institutions could use to pay each other.

Fed Chairman Jerome Powell said the Fed would need congressional authorization to develop a digital dollar. Powell’s acknowledgment that the Fed is a creature of Congress subject to the law, not a free agent, was refreshing. When the central bank decided to develop a real-time interbank payment system, FedNow, to compete with the private sector, it briefed Congress but did not seek permission.

In January, the Fed published a studiously neutral CBDC discussion paper titled “Money and Payments: The U.S Dollar in the Age of Digital Transformation.”

The Fed is not of one mind. Christopher Waller, a member of the Federal Reserve Board of Governors, argues a Fed CBDC is a solution in search of a problem. Existing money and payment systems’ economic, legal, and social technologies and networks work well, have critical mass, and are habit. Vice Chair Lael Brainard, on the other hand, says she can’t wrap her mind around a world with major CBDCs but no Fed digital dollar. It would not be “a sustainable future,” she said.

Advocates contend a central bank digital currency would improve financial inclusion, respond to the threat of China’s digital yuan, bolster King Dollar, improve domestic and cross-border payment system efficiency, be safer than private-sector alternatives, and increase private-sector innovation. Much of that case does not stand up to scrutiny.

On the topic of inclusion, only a small and declining fraction of American households are unbanked. Competing banks, neobanks, and fintechs continue to expand access to financial services. In 2019, 5.4 percent of households were unbanked, down from 8.2 percent in 2011. And 75.1 percent of the unbanked said they do not want a bank account.

Progressive CBDC champions distrust banks, markets, and consumers’ ability to manage their own affairs. Consequently, they favor a greater role for Washington in delivering financial services and regulation. In reality, lighter regulation, including repealing debit-interchange price controls, would be a more effective path to boosting financial inclusion.

While China can push the digital renminbi within its Belt and Road economic sphere, the menace to King Dollar is overhyped. Non-Chinese businesses, consumers, and banks won’t be keen to transact in accounts at the People’s Bank of China, subject to CCP surveillance and control. Moreover, the yuan isn’t freely exchangeable.

Currencies are networks. The more people who use them, the stronger the currency. A tribesman in the Hindu Kush will happily accept a $100 bill, but not Lebanese lira. In money and payment systems, trust is critical. Venezuelans would prefer not to transact in debased bolivars. If, however, they could use a Citi e-dollar, many would.

While the U.S. has relentlessly and recklessly debased the dollar, there isn’t an obvious replacement reserve currency.

The dollar accounted for 58.8 percent of the world’s foreign exchange currency reserves in the fourth quarter of 2021, far surpassing the euro’s 20.6 percent share and the Chinese renminbi’s paltry 2.8 percent. In 2021, 63.9 percent of foreign currency debt issuance was denominated in dollars, and outside of Europe, the overwhelming majority of international trade, including oil, is invoiced in dollars.

While Beijing resents its dominance, foreigners worldwide love dollars. They circulate widely outside the U.S. for licit and illicit purposes. Roughly 60 percent of U.S. currency and 75 percent of $100 bills are held abroad. Dollars are used officially in Ecuador, El Salvador, Panama, and the Turks and Caicos. In Zimbabwe, while restricted, they are widely utilized. In Costa Rica, the greenback circulates in parallel with the national currency. In 2020, some 12 percent of Venezuelan payments in 10 cities, including Caracas, were between dollar-denominated accounts using U.S. banks’ peer-to-peer payment system Zelle. Hong Kong, for now, pegs its currency to the dollar.

Is a Digital Dollar a Good Idea?

Evangelists contend CBDCs would be safer than private e-money. It depends. A Zimbabwean CBDC wouldn’t be safe. Private stablecoins backed one-to-one by cash in FDIC-insured accounts and/or short-term low-risk dollar-denominated debt are not inherently risky.

Brainard contends a Fed digital dollar would boost private-sector innovation. To the contrary, it would almost certainly suppress it. No bank wants to compete with the central bank, which enjoys unlimited resources and is the financial system’s paramount regulator.

Paper money has been used since the 7th century. New money technology has risks. E-dollars would be easier to withdraw from banks, reducing their lending base. However, in a world of positive real interest rates and FDIC insurance, the risk would be modest.

With a view to increasing government’s role at the expense of banks, Senate Banking Committee Chairman Sherrod Brown and House Financial Services Committee Chair Maxine Waters have supported the position that the Fed should provide retail accounts, letting consumers transact directly in central bank money. The Fed, however, is ill-equipped to manage retail banking. Even if it could, it should not compete with thousands of commercial banks and credit unions. That would further politicize and reduce the quality and supply of financial services.

If Congress authorizes a CBDC, it should be technology-agnostic, use banks and licensed financial intermediaries for distribution, and ensure the Fed does not inhibit competing regulated private-sector e-dollars.

Money has been evolving for thousands of years. It’s still early for digital currencies. Policymakers should let the best and most ruthless regulator of value, the market, guide their development. Nobel Prize-winning economist and philosopher Friedrich Hayek argued in the Denationalization of Money for free trade and competition in currencies. Making private and Fed digital dollars compete with physical greenbacks, existing electronic payment systems, foreign currencies, and cryptocurrencies would be a step toward a more Hayekian world.