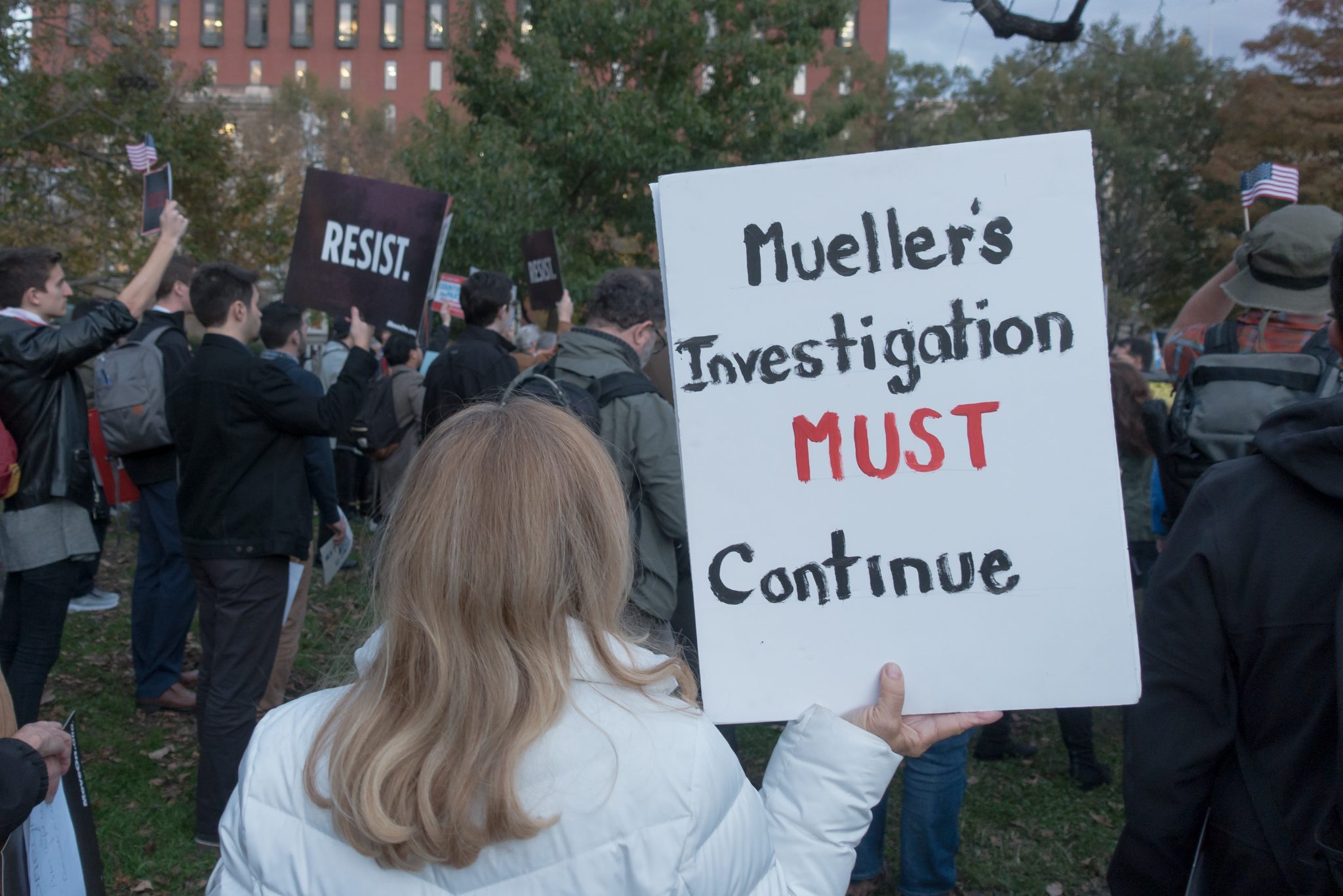 Winston Churchill once said that a fanatic was someone who can’t change his mind and won’t change the subject. That definition certainly fits the main players in the four-year farce aimed at preventing Donald Trump’s election, interfering in his transition, and then impeaching him on entirely spurious grounds.

This past week’s actions — the disclosure of the second “Mueller scope” letter, the Justice Department’s move to dismiss the charges against Gen. Michael Flynn, and the forced disclosure of 53 transcripts of interviews in Rep. Adam Schiff’s secret investigation of the “Russia collusion” nonsense — are important in their own right.

Moreover, these disclosures are important because, if we consider the timeline of the FBI’s and CIA’s abuses of power in 2016–17, the Mueller investigation, and the Schiff effort to remove Trump, we see that one literally paved the way for the next despite their successive failures.

In that world, it is inconceivable that both President Obama and Vice President Biden did not know about it and at least gave their tacit approval.

Last week was a really bad week for the FBI, former special counsel Robert Mueller, and Adam Schiff, the George Armstrong Custer of the impeachment.

The Justice Department’s decision to drop its prosecution of President Trump’s first national security adviser, Gen. Michael Flynn, was the final shovel of dirt on the grave of the Mueller investigation.

The disclosure of 53 interview transcripts from Schiff’s secret pre-impeachment investigation of Trump disproved, redundantly, Schiff’s insistence that there was significant evidence of collusion against Trump. The transcripts contain no evidence of Trump’s collusion with Russia, but they do give some insight into the three-act deep state play.

From the summer of 2016, when the FBI first submitted false affidavits to the Foreign Intelligence Surveillance Court (FISC), through the FBI–CIA “Crossfire Hurricane” investigation of Trump and his campaign and Trump’s presidential transition, these operations yielded nothing. Neither did the nearly two-year-long Mueller investigation or the unjustified prosecution of Flynn.

But they led directly to the risible impeachment proceedings led by Schiff — with the eager help of his boss, Speaker Pelosi. All the while, Schiff was insisting that there was “significant evidence” of Trump’s collusion, even after the Mueller report found none. The past week’s events have unhorsed Schiff but won’t cure his unhinged condition.

Let’s remind ourselves of some of the major actions these people took in their efforts to prevent a Trump presidency and then overthrow it.

Sometime in early 2016, the “Steele dossier” — about 30 memos compiling reports of Trump’s collusion bought and paid for by the Democratic National Committee and the Clinton campaign — were being marketed to the FBI by Fusion GPS, the firm that had hired former British spy Christopher Steele to create it.

The late Sen. John McCain and others — including then–Associate Deputy Attorney General Bruce Ohr (whose wife, Nellie, worked for Fusion GPS) — were conduits for the Steele dossier into the FBI. At some point around then, the FBI and CIA began their joint “Crossfire Hurricane” investigation into Trump and his campaign. It was designated a counterintelligence investigation to prevent public knowledge of what was being done.

The people who knew about “Crossfire Hurricane” included James Comey, then director of the FBI, his deputy Andrew McCabe, John Brennan (Obama’s CIA director), and James Clapper (Obama’s Director of National Intelligence), as well as several of their subordinates who were conducting the investigation.

In the world of government bureaucracies — which includes the FBI, the CIA, the Office of the Director of National Intelligence (DNI), and the Justice Department — the investigation had to have been approved of by the attorney general. The FBI and the CIA could not have undertaken the investigation without the knowledge of top White House officials, as well, including National Security Adviser Susan Rice. In that world, it is inconceivable that both President Obama and Vice President Biden did not know about it and at least gave their tacit approval (though Biden has probably forgotten it by now).

According to the DOJ Inspector General’s report, in January 2017, the FBI reportedly interviewed the main Russian source of the Steele dossier material who repudiated the information. As reported in the Washington Times by Rowan Scarborough, the FBI was told by intelligence agencies that the Steele dossier claims about Carter Page were probably the product of Russian disinformation.

The Crossfire Hurricane investigation came up empty. Trump was elected, but the conspiracy’s leaders didn’t give up.

We know, from Comey’s own words, that he wrote memos of at least two meetings with Trump and then gave them to a friend intending them to be leaked to the New York Times. Again, in Comey’s own words, he did so to cause the appointment of a special counsel.

Perhaps most importantly, the newly released scope memo has an entry that is entirely redacted. It clearly requires investigation of an unidentified fifth person on allegations that remain undisclosed.

Mueller picked a team of prosecutors, mainly from among a crowd of anti-Trump Democrats, and went to work. They found no collusion between the Trump team and Russia. The only thing they managed to do was to entrap Mike Flynn and force him to confess to lying to FBI agents rather than see his son prosecuted.

The Mueller report — issued in March 2019 — was written so that it specifically posed questions that Congress was invited to investigate on its own.

Enter Adam Schiff, who in 2019 became chairman of the House Permanent Select Committee on Intelligence. Schiff insisted that, despite Mueller’s results, there was still significant evidence of Trump’s collusion with Russia. His secret investigation leaked continuously with little tidbits of information that cast Trump and his team in the worst light.

Acting DNI Richard Grenell became a hero in a little part of the drama last week when he told Schiff that most of Schiff’s interview transcripts were ready to be disclosed with certain redactions. When Schiff demurred, Grenell said he, as DNI, would disclose them if Schiff didn’t.

The 53 transcripts reportedly include the interviews with James Clapper and Susan Rice, both of whom said they didn’t know of any evidence of Trump collusion with Russia. The rest certainly say nothing to the contrary.

All of the FBI, the CIA, and Schiff efforts came to naught. But that wasn’t the end of the effort to topple Trump.

In September 2019, Trump had two telephone conversations with Volodymyr Zelensky, the newly elected president of Ukraine. In one of those conversations, Trump asked Zelensky to “do him a favor” by investigating the possibly corrupt activities of Joe Biden and his son, Hunter. The latter Biden had been made a highly paid board member of Burisma, a Ukrainian gas company, for no apparent reason other than to curry favor with his father.

The fact that the U.S. and Ukraine have a treaty under which each has the obligation to investigate a possible crime against one nation’s law that occurred in the other’s territory was of no interest to Schiff, who launched the 2020 impeachment against Trump under Pelosi’s orders.

The Zelensky-call impeachment was a confession of failure by the anti-Trump resistance in government and Congress. Both Crossfire Hurricane and Mueller came up with nothing. When the anti-Trumpers had nothing else to go on, a “whistleblower” allegation that Trump’s statement to Zelensky was against the policy and interests of the United States was enough for the Dems to try again to topple Trump.

The intelligence community was still out to topple Trump and was working with its partners in Congress — Schiff and his staff — to do so. As it should have, the impeachment failed in the Senate because Trump’s statements in the Trump–Zelensky calls did not constitute impeachable conduct.

There is a lot of information that the public has a right to know and that the Justice Department, the FBI, and the CIA continue to withhold, including, for example, many footnotes in the DOJ and IC inspector general reports.

The Dems, and their allies who are still in the intelligence community, are hoping that enough time will pass that the public — and the congressional Republicans — lose interest in what happened since 2016. They are still covering up many of the most important facts that we need to know about their enormous abuses of power.

U.S. Attorney John Durham, investigating the abuses of power by the CIA and FBI, won’t forget the facts. Former FBI general counsel James Baker is reportedly cooperating with Durham’s investigators. Most or all of the facts will come out if Durham indicts people such as Comey, McCabe, Brennan, and Clapper.