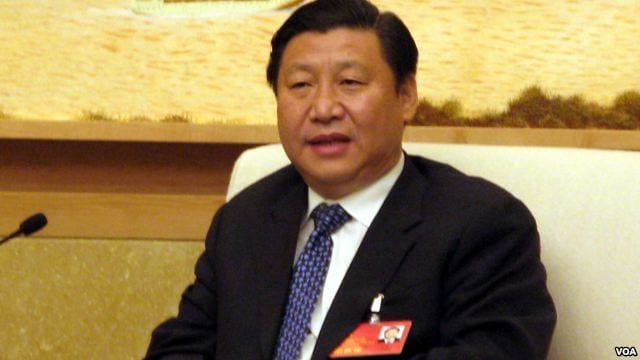 President Trump said his aides are drafting ideas for an agreement with China that could end or at least help alleviate the trade war brewing between the two countries.

“We’ll make a deal with China, and I think it will be a very fair deal for everybody, but it will be a good deal for the United States,” he said on Friday.

Trump plans to meet with Chinese President Xi Jinping at the Group of 20 summit in Buenos Aires, Argentina, on Nov. 30 and Dec. 1.

Analysts told Bloomberg that any deals made at G-20 would likely be more of a temporary truce than a long-term solution to the trade spat between the two countries.

Reuters reported that Trump warned he still may place more duties on Chinese goods, although some progress has been made between the two countries to resolve their differences.

“China very much wants to make a deal,” he said. “We’ve had very good discussions with China. We’re getting much closer to doing something.”

In July, the Trump administration imposed 25 percent tariffs on $34 billion of Chinese imports, which was matched by China. Another round of $16 billion of duties on Chinese imports was also matched. Trump added $200 billion more to the tally in August, with China responding with $60 billion in tariffs on American imports.

Trump has suggested he could slap tariffs on another $267 billion of imports.

Since the U.S. imports much more Chinese goods than vice versa, China can’t match the tariffs tit-for-tat going forward, although experts warn that the country could strike back with sales restrictions of rare materials.

Trump hopes to reduce America’s $375 billion goods trade deficit with China, as well as force the Asian nation to protect intellectual property and be more open with its markets.

The trade gap is rising. Data released last week by the U.S. Commerce Department showed the gap hit $301 billion for the first nine months of 2018, a jump of 10 percent from the same time frame in 2017. The gap is triple the deficit the U.S. has with the European Union, and six times the gap America has with Japan.

“If we can open up China and make it fair, for the first time ever — this should have done years ago by other presidents but it wasn’t — I am very much willing to do it,” Trump said.

White House economic adviser Larry Kudlow was less optimistic, saying on CNBC that “there’s no mass movement. There’s no huge thing. We’re not on the cusp of a deal.”

Kudlow said a deal would only happen if China is more amenable to American demands.

“If they respond to our asks, then the president will consider making a deal, as long as it’s in America’s interests,” Kudlow said on “Sunday Morning Futures.”

The Hill reported that Xi Jinping said at a trade show Monday that he wants to lower tariffs, increase imports, and broaden market access.

Experts are skeptical. Scott Kennedy, who studies U.S.-China relations for the Center for Strategic and International Studies in Washington, D.C., told Bloomberg that talk is one thing, action is another.

“The distance between a leaders’ statement that they would like to work something out and would like to make some progress and actually reaching a deal is ginormous,” he said.

Pride could also take its toll. Craig Allen, president of the U.S.-China Business Council, a group that speaks for 200 companies that do business with China, told the New York Times that it would be “difficult for any Chinese leader to accept anything that is a less-than-equal agreement” due to Chinese nationalism.

The tariffs continue to take their toll. The New York Times reported Monday that soybean exports to China are down 94 percent this year. That crop was among the American products hit with tariffs by China in response to Trump’s duties on Chinese imports.