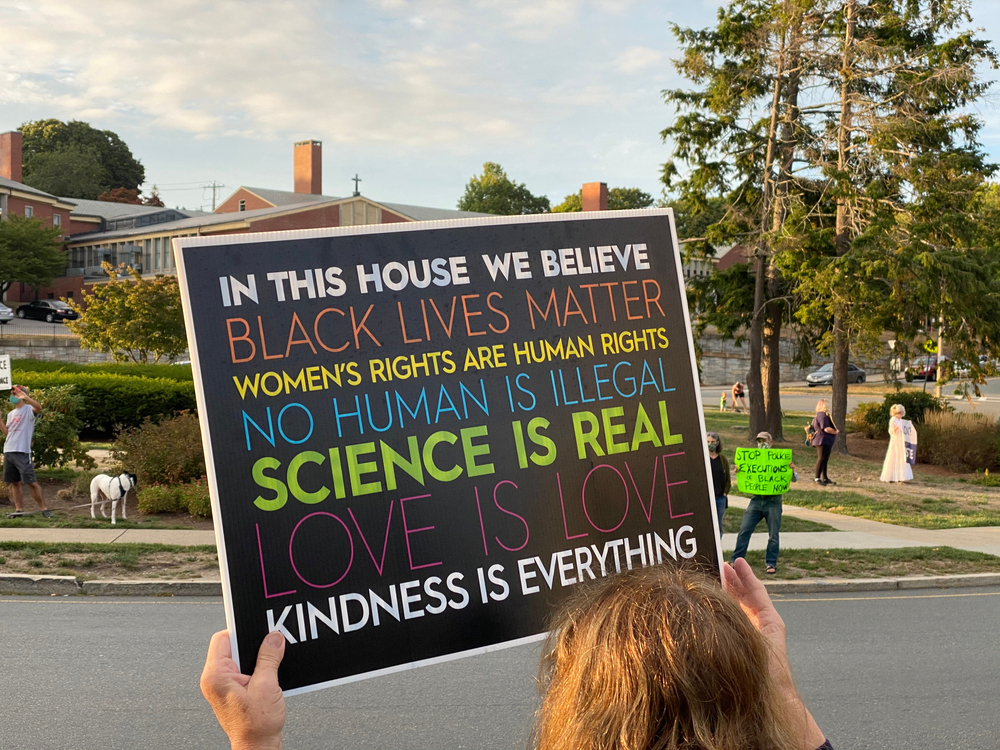 If you’ve seen the signs reading, “Science is real,” heard the phrase, “follow the science,” or been told to “trust in science,” and if these statements have often been used to try to curb your dissent, free thinking, and discussion — then elevate your thinking. These statements are the opposite of scientific inquiry, which is the process of hypothesizing, testing, and knowing that the answer is often that the hypothesis is wrong but the free flow of ideas is important to the advancement of knowledge.

This blind trust and required following ignores the fact that science changes over time. If this were not so, we would still be bleeding patients in order to get rid of the diseases that were invading their bodies. Bloodletting was used for thousands of years. In 1799, when our first president, George Washington, was feeling bad, he “asked to be bled the next day, and physicians drained an estimated 5 to 7 pints in less than 16 hours,” according to History.com. He died a few days later. Guessing you would prefer not to have five to seven pints drained from you if you woke up with a sore throat and felt a bit off.

While we might like the concept that we can rely on science, we should understand that science is ever-evolving.

My point is that doctors practice medicine, and even if they are employing the latest medical breakthrough, there is always more that will be discovered later. Additionally, some supposed scientific solutions might have outcomes that are actually bad — but we don’t realize it until later. For example, in the mid-1900s, the drug thalidomide was designed as a risk-free sedative and then prescribed to help pregnant women with morning sickness in the UK. As a result, some children were born with serious birth defects.

Thalidomide was eventually taken off the market for morning sickness. In retrospect, the medicine should not have been prescribed to pregnant women.

Let’s look at a more recent example. Last spring, Dr. Anthony Fauci said that masks were not needed for the general public to protect them from COVID-19. He later let us know that his statement was not true, but that it had been issued to ensure enough masks were available to protect health-care workers. It was only after supplies increased that masks were recommended for the general public. In many places, one is now required to wear a mask to enter. Last month, Dr. Fauci said that two masks are better than one. This might be true, but then four might be even better than two. Will we soon be required to wear two or four masks to shop?

While we might like the concept that we can rely on science, and we might find solace in fixed information, we should understand that science is ever-evolving. This is good in that there are more medical and biotech breakthroughs that change people’s lives for the better.

My sister Kathy has rheumatoid arthritis (RA). For years, she suffered debilitating pain and watched as her joints became twisted. There were days she could not get out of bed. Her use of Enbrel, a biologic, has changed her life. Her RA is arrested, and she has finished several marathons and raised over $270,000 for the Arthritis Foundation to further research.

Eventually, there will be even better medicines, different approaches and new discoveries, and potentially even ways to prevent RA from occurring. While we might like to believe in science as the truth, it might be better to think of it as the truth at a point in time, based on a particular perspective.

This week, MC Hammer tweeted this: “If science is a ‘commitment to truth’ shall we site all the historical non-truths perpetuated by scientists ? Of course not. It’s not science vs Philosophy … It’s Science + Philosophy. Elevate your Thinking and Consciousness. When you measure include the measurer.” His tweet, which went viral, was a response to @drewgrey’s tweet: “Philosophy is flirtation with ideas. Science is commitment to truth.”

Let’s go back to the pandemic response. Mask, double mask, close businesses, get rid of social interactions, stay away from others, social distance, and close schools. While these actions might have limited the spread, they also resulted in a long list of side effects. We know people are social creatures and that isolation impacts mental health. While online learning might prevent people from becoming infected, it also often slows learning. Parents are unable to attend to their work while also attending to their children, and businesses being shuttered eventually leads to economic decline.

When you measure, include the measurer. Elevate your thinking to include more points of view, more perspectives and possibilities. Think, and do not agree reflexively. In real life, there are often many more implications, interactions, and potential tragic results that may occur.