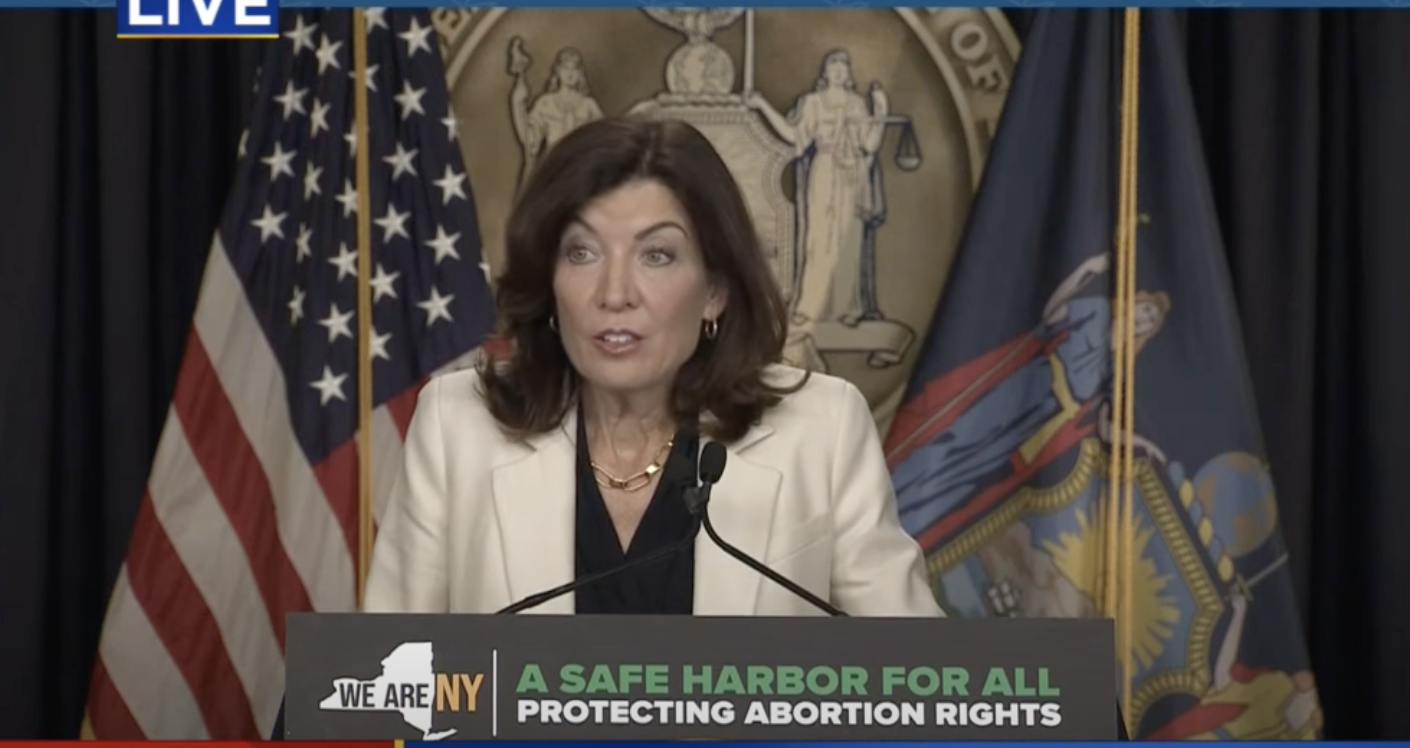 “Wow, what a mistake that was,” New York Gov. Kathy Hochul said of New York’s decision “to have all the kids go home and learn remotely.”

“Women couldn’t go to their jobs,” she added.

Forget all those 2020 lectures from Democrats about how school closures were dictated by “The Science.” That was a “mistake.”

After two years of officialdom maintaining that arguments against widespread school closures were “misinformation,” the blue establishment is ready to move on.

That was then. Now, however, the wrongness of blanket school closures and “Zoom” school are “just accepted as the truth,” Sey noted. It’s an improvement, if irritating.

“It’s as if this happened,” Sey said of the move away from mass closures, “but nobody did it.”

Until now, the closure orthodoxy carried the day even though, early on, CDC guidelines did not call for wholesale school closures. No big. No misinformation. Just a mistake that shortchanged America’s students, especially minority children, who aren’t reading or computing at grade level.

With the midterms looming, mass closures have lost their luster.

On Wednesday in his morning newsletter, New York Times senior writer David Leonhardt reported on a Morning Consult poll that showed the share of “very liberal” Democrats who believed COVID presented a “‘great risk’ to their own personal health” had shrunk from 47 percent in March to 34 percent in August. Leonhardt credited “changing reality” — like better treatments — for the Left’s more realistic view of personal risk.

I’d argue that politics, not science, is the driver.

In 2020, the Left made COVID about then-President Donald Trump just as Trump made it about Trump.

While Trump tried to push most Americans back to work after two months of sheltering in place, the media could not let go of the virtues of staying home.

Let me stipulate: Isolation is essential for vulnerable people who don’t want to get long COVID, or worse. But it never made sense to mandate closures that create additional mental- and public-health problems to contain the virus. (READ MORE from Debra J. Saunders: No One Left to Trust)

Stanford epidemiologist Jay Bhattacharya has dismissed blanket closures as a gift to “the privileged laptop class” at the expense of poor families “whose health and well-being were sacrificed on the altar of Covid control.”

Bhattacharya, by the way, is one of three authors of the October 2020 Great Barrington Declaration, which advocated “focused protection” for the vulnerable while allowing most Americans to resume normal life.

Truth be told, many Americans had begun getting on planes and eating in restaurants well before the declaration was released, and even sending their children to school where they belong.

Young progressives were just late to the party.