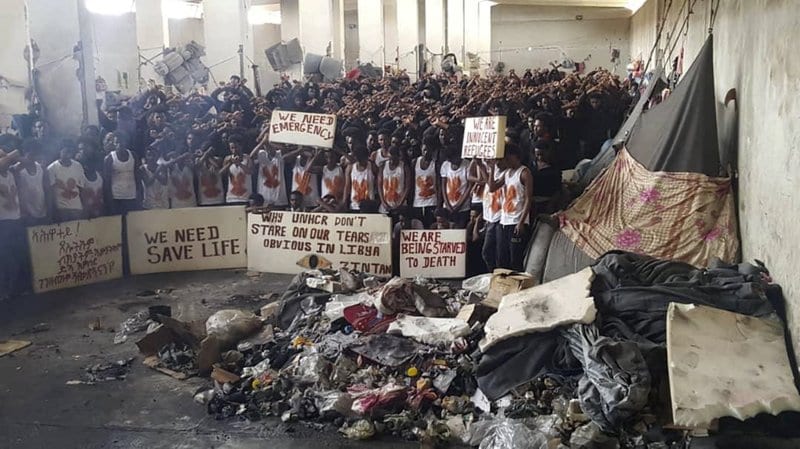 Word is spreading worldwide — even as far as sub-Saharan Africa — that the U.S. has an open southern border and an open checkbook.

This summer, thousands of Africans from Cameroon, Congo, and other violence-plagued countries are forming caravans and preparing to cross our southern border. Border agents from the Del Rio area of Texas sounded the alarm on May 31 about a group of 116 African migrants. Agents provided photos of women with babies strapped to their backs and young men in T-shirts and gym shorts sitting on the U.S. side of the Rio Grande waiting to be arrested.

Then, in early June, agents in Eagle Pass, Texas detained another group of Central African families. Agents said they were startled to see so many “immigrants from countries not normally encountered.” All in all, more than 500 Africans in a single week crossed the Del Rio border zone. Late in June, agents arrested yet another 310 mostly Haitian and African migrants.

Raul L. Ortiz, the Chief Patrol Agent in the Del Rio Sector, reports that migrants “from around the world are traveling thousands of miles just to enter the United States illegally to exploit our immigration laws.” These migrants know that if they come with children and utter the word “asylum,” they will be temporarily detained, then released inside the U.S., where they can easily disappear.

Until recently, African migrants headed northward to the Mediterranean, embarking on a treacherous sea crossing to Europe. But the European Union has slammed the door on migrants, cutting the number entering from 180,000 in 2016 to a mere 880 in the first four months of 2019.

Now African migrants who head to Europe face indefinite detention in facilities on the north coast of Libya. According to the UN, these detention centers are “an outrage to the conscience of humanity.” Toilet facilities are nonexistent, food is crawling with maggots, many adults succumb to severe malnutrition, and rape and torture are commonplace.

That’s why many African migrants are heading to the U.S. They’re cobbling together airfare to Ecuador (which has a no-visa policy) and then trekking through Panama, north through Central America to the U.S. border.

The African migration is indicative of how much larger the humanitarian crisis at the southern border could get. Unless Congress acts.

The bleeding-heart Democrats running for president are clueless about where the migrants are coming from and what their impact will be on our country. Frontrunner Joe Biden says the remedy is to send “immediately billions of dollars worth of help” to Central America to “address the root causes that push people to flee.” What about the rest of the world, Joe?

Similarly, Julian Castro is calling for a Marshall Plan for Central America, and Cory Booker is mimicking the same foolish approach. Though currently the vast majority of migrants crossing the border are from Central America, that could change. The entire globe is in the grip of a migration crisis. Should American taxpayers have to fork over billions to make Cameroon, Congo, and Angola nicer places to live?

The Trump administration is taking a sensible approach, pressuring Mexico to use its military and police to disrupt the human trafficking networks that are so profitable for smugglers and deadly for migrants.

Nearly all the Democratic candidates also espouse open borders. They say entering the U.S. illegally should not be a crime, and no one should be arrested. In fact, they want taxpayers to provide illegal newcomers with free health care.

At the next presidential debate, moderators should ask if these magnanimous candidates will take migrant families into their own homes. How about a show of hands?

None of these candidates has the common sense to be president. Even former President Obama’s Secretary of Homeland Security, Jeh Johnson, calls their wacky idea of decriminalizing illegal entry into the U.S. “unworkable” and “unwise.”

Congress isn’t doing much better. Its job is to respond to the global migration crisis. Instead, Rep. Jerry Nadler (D-NY) accuses U.S. border officials of “child abuse” for the shortage of toothbrushes and bathing facilities at the Clint, Texas, facility. That’s a cheap shot. Lawmakers need to drop the partisan grandstanding and correct the legal flaws in our immigration system. That will discourage migrants from making the dangerous trek, from however far away.