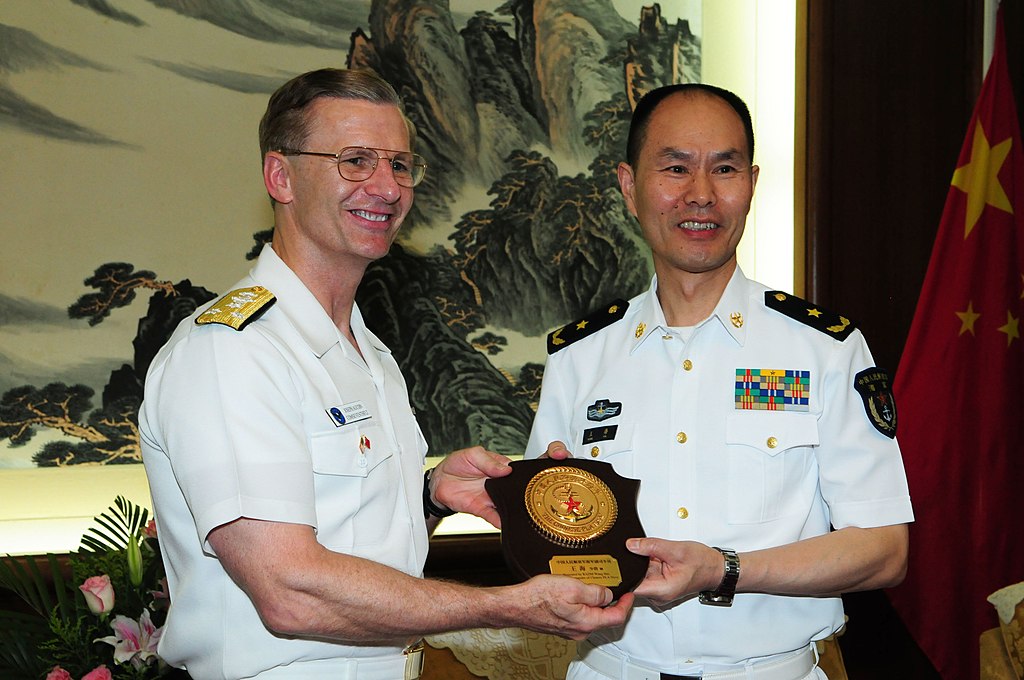 On Oct. 21, 1805, the British fleet under the command of Admiral Horatio Nelson defeated a combined French–Spanish fleet near Cape Trafalgar, off the coast of Cadiz, Spain. That ferocious, six-hour naval battle during the age of sail, in which Nelson was killed, ended Napoleon Bonaparte’s quest to invade and conquer the British Isles and, in the French Emperor’s words, become “masters of the world.” As war clouds gather today over the Taiwan Straits, a future naval battle there could have geopolitical implications similar to Trafalgar’s.

By October 1805, France had not yet achieved continental domination. Austerlitz was two months away. Napoleon’s victories at Jena and Auerstädt happened the next year. France defeated the Russians at Friedland in June 1807, resulting in the Treaty of Tilsit, which Winston Churchill later described as “the culmination of Napoleon’s power.” “Only Britannia remained,” Churchill wrote, “unreconciled, unconquered, implacable.” And Britain remained free from Napoleon’s grasp because of Trafalgar.

China today, like Bonaparte in 1805, does not yet dominate the Eurasian landmass. Its Belt and Road Initiative and its strategic partnership with Russia, Pakistan, and Iran, however, pose geopolitical dangers similar to those posed by early 19th century France (allied to Spain and later Russia). In 1805, as Alfred Thayer Mahan noted, the British Isles and the British Navy stood between France and the dominion of the world. Today, the United States and its allies in the western Pacific — especially Japan and Taiwan — stand between China and its achievement of global geopolitical preeminence.

Geopolitically, the East and South China Seas and the Taiwan Straits today are comparable to the English Channel in the early 19th century. “Make us masters of the channel,” Napoleon said, “and we are masters of the world.” Should the PLA Navy make China masters of the seas adjacent to China’s eastern coast by the conquest or peaceful absorption of Taiwan, the chain of islands that serve to contain China would cease being barriers to her global ambitions. And China would then control the vast bulk of the world’s supply of computer chips upon which the United States and other countries rely for the functioning of modern society, including military systems.

We, of course, are no longer in the age of sail. Instead, we are in the age of nuclear, missile, and cyber warfare. A future Battle of the Taiwan Straits would be vastly different and more destructive than Trafalgar. But the geopolitical stakes would be similar.

As I have previously noted in The American Spectator, in their novel of a future U.S.–China war entitled 2034, retired U.S. Admiral James Stavridis and Elliot Ackerman envision the conflict starting in the South China Sea, with PLA warships, missiles, and aircraft sinking 37 U.S. warships, including two aircraft carriers, after a cyber attack shuts down communications between the navy and Washington. China wins the “Battle of the South China Sea” and invades and conquers Taiwan. The war escalates, with both sides using tactical nuclear weapons resulting in the destruction of major Chinese and U.S. cities. In the aftermath of the nuclear strikes, the government of India negotiates a ceasefire. Millions are dead on both sides. In Ghost Fleet, a second novel of a future U.S.–China war by P.W. Singer and August Cole, China launches cyber-war attacks that disable American computer networks, while Sino–Russian forces assault U.S. installations in Japan, overrun Taiwan, attack Pearl Harbor, and close the Panama Canal.

Perhaps more distressing, Pentagon war game scenarios for battles in the South China Sea and Taiwan Straits have revealed that the U.S. would lose any war fought against China. And the Diplomat reports that Russia’s new naval doctrine suggests reorienting its naval power to the Arctic and Asia-Pacific.

There is no time to lose. To paraphrase Mahan, we must build and deploy more of those “far distant, storm-beaten ships” that stand between China and the “dominion of the world.”