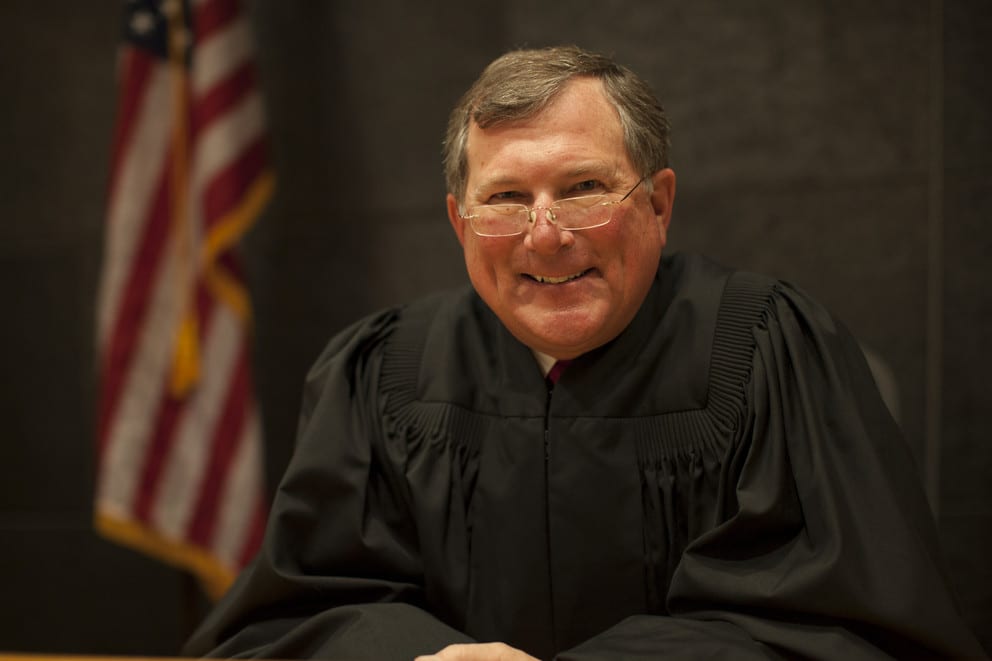 What’s happening to Judge Brett Kavanaugh — who, for the record, I do not know — recalls the confirmation battle over now-Third Circuit Court of Appeals Chief Judge Brooks Smith in 2001-2002. And as I discovered, the confirmation process itself has been corrupted by Senate Democrats and their special interest allies.

As a young Reagan political aide — and a non-lawyer — I wound up working on five Reagan Supreme Court nominations. That would be Rehnquist for Chief Justice, Scalia, Bork, Douglas Ginsburg, and Anthony Kennedy for Associate Justice.

In 2001, well out of government, I received a phone call from my best friend, Brooks Smith. Brooks and I met as classmates at Franklin and Marshall College. Brooks, appointed by President Reagan as the nation’s youngest federal judge, was then serving the Western District of Pennsylvania as Chief Judge. Brooks called me to say he was going to be nominated for the Third Circuit and, he was told, President George W. Bush would personally call him on the morrow to tell him.

The next day was September 11, 2001. Suffice to say, the presidential phone call never happened. Of all the results of 9/11, one that escaped media attention quite understandably was that the White House, which normally would have been closely following the fate of its judicial nominees, was now well-occupied with a literal war.

Thus it was that Judge Smith had called to his attention a staffer for the International Judicial Relations Committee, the latter a part of the administrative bureaucracy of the federal judiciary, well outside the White House. He was now under attack by left-wing special interest groups.

The kind of judge he had sought all his life to be — fair, balanced, by-the-Constitutional book — was now being wildly misrepresented on the Internet.

I was not a lawyer. But by the chance of life I had worked on those five Supreme Court nominations, including what had by then had become the infamous Bork nomination. I knew in a blink that Brooks Smith was about to be “borked.” One newspaper report listed 27 left-wing groups organizing a campaign to defeat him. With the White House occupied I asked him for the names of two of his lawyer friends in Pittsburgh. We had to organize — quickly — and fight back at what I was certain was coming. He was doubtful, saying “I’m not Robert Bork.” To which I replied: “They can make you Robert Bork.” He gave me the two names.

One name led to another and another. Like Brett Kavanaugh today, Brooks Smith had tons of friends in and out of the legal community who had dealt with him repeatedly and had total confidence in his integrity. They were Republicans, Democrats, conservatives and liberals. Interestingly the liberals in the group had their own sources within the anti-Smith interest groups. Prominently, many were women attorneys. All were incensed about the game suddenly being played with Judge Smith’s reputation. Our group grew and grew.

I took notes as events unfolded. The notes became a book in 2005, The Borking Rebellion: The Un-Told True Story of How a Bipartisan Group of Pennsylvania Women Attorneys Took On the Entire U.S. Senate Judicial Confirmation Process — And Won. Among my discoveries?

In the end? Smith was confirmed.

There is much more about the behind-the-scenes stories of the Smith appointment. But suffice to say Judge Smith, who today is the Chief Judge of the Third Circuit Court of Appeals, has served since his appointment with honor, dignity, and integrity.

At the end of it all, Karen Smith, the Judge’s wife, said to me something that no doubt Mrs. Brett Kavanaugh is right about now understanding vividly. Said Mrs. Smith to me of the interest groups that came out of nowhere to smear her husband: “These are people who have no faces. There is no identity to these people. They take one shred of what they think is ‘evidence’ and try and destroy you. This isn’t fair to good people. It doesn’t matter what party you are.”

The vote on my confirmation was 96-3, even though I had spent about 10 years of my life litigating cases under the auspices of the ACLU. No senator asked me any questions — not about that.…Think of Justice Scalia, who’s certainly a known character in, what was it? 1986. The vote was unanimous, every Democrat and every Republican voted for him. That’s the way it should be, instead of what it’s become, which is a highly partisan show. The Republicans move in lockstep, and so do the Democrats. I wish I could wave a magic wand and have it go back to the way it was.

Justice Ginsburg is right. I would go further. Based on my experience and research, the entire Senate judicial confirmation process has become corrupted with a capital “C.” Liberal special interest groups, as I learned firsthand, write the research and questions for liberal Senators — who then submit those questions verbatim directly to the nominee. Ditto can this be true of the media, as with the Post’s relationship with the CRC. And everything — the nominee’s religion included — can and will be used against him or her. Now make no mistake. Liberal special interest groups of the moment are controlling Democratic Senators and their actions on the Kavanaugh nomination.

It is time. More than time, for demands of transparency to be made with these Democratic Senators of the moment. Here’s just one question.

How many questions, both written and oral, to Judge Kavanaugh from Hawaii’s Senator Democratic Sen. Mazie Hirono were written by liberal interest groups and not Senator Hirono? Documents from all concerned should be presented to the Senate — and the public.

In sum? Yes, what is being done to Judge Kavanaugh is a disgrace. But sadly it isn’t the first time. And unless the Senate gets its act together and does something about this thoroughly corrupted process, it won’t be the last.