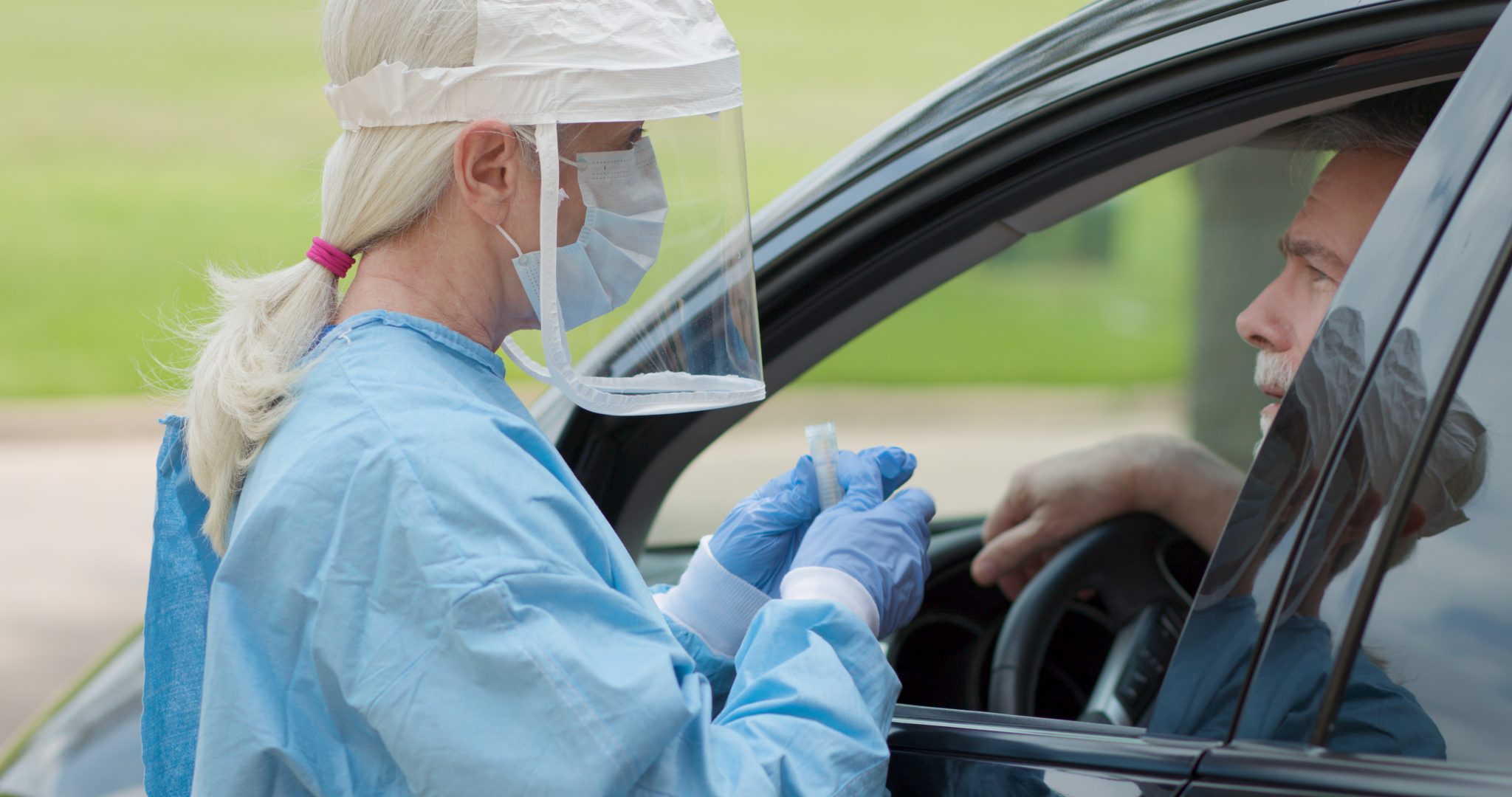 About two million Brits enlisted in the Civil Defense Service in World War II, and nearly 2,400 of them lost their lives to enemy action. These were the fire wardens, the rescue party members, the messengers, and such who negotiated the burning rubble to minimize mayhem during the Blitz. Some tunneled deep into basements to free trapped souls, laboring for hours under precarious beams amidst flooding and gas leaks, even as German bombers passed overhead. Some were women, others Boy Scouts. But many were World War I veterans, too old for the draft, but ready to once again strap on “Tommy helmets” and head out into harm’s way, gray hair and sagging jowls notwithstanding.

Today, we’re under attack from COVID-19, but it’s not clear whether the bulk of the damage is being done by the “Heinkels” of infection or by the propagandistic broadcasts of “Axis Sally.” Be that as it may, I’d like to volunteer for a “seniors brigade,” to join in the war effort despite insistence that we elderly vulnerables hole up somewhere for the duration. Indeed, the definition of “duration” seems to be linked to the safety of us “golden agers,” I being of the 71-year persuasion. Don’t shuttle us off to bunkers near Rye in East Essex or Bibury in the Cotswolds. Give us armbands displaying the crown and send us back into London, to Bethnal Green and Wapping and Regent’s Park. And whatever you do, don’t surrender to tyranny for our sake.

Look, I’m a little embarrassed to have made it through the Vietnam War stateside and safe. During that conflict, I was an infantry officer involved in various branch schools, drills, and “summer camps.” Meanwhile, people I knew from college were dying in Southeast Asia; for other casualties, I’d be mustered to play taps after rifle volleys in rural graveyards. Well, that war is over and done, and I’m retired from the Army Reserve. But I’d like to re-up, this time to join ranks, so to speak, with those old guys in England who asked no favors from the authorities when the nation’s well-being was in the balance. (Yes, of course, the folks who are really putting it on the line these days are the first responders and health-care workers, but bear with me.)

Here’s the context: The damage to our economy and to our civil liberties is staggering. For sake of comparison, what if a foreign navy embargoed our ports, sabotaged our power grid, or grounded our airlines, driving the nation into depression and oppression? Wouldn’t we mobilize the military to strike back while we ginned up recruitment? And might we even reinstitute the draft to meet the challenge, even forcing young men to put their lives on the line to protect our way of life (including devotion to our Constitution, which they swear to “support and defend … against all enemies, foreign and domestic”)?

What I’m suggesting is that old guys like myself need to step up and insist,

Look. We’ve lived generous lives, and, no, we’re not in a hurry to depart. We have a ton to contribute on many fronts and a number of things we hope to yet enjoy. (So does every age group.) But please don’t cashier our country to keep us going, especially if we’re already weakened by chronic disease. (And, to be frank, some of us have worked for decades at bringing on these maladies, whether through overeating or smoking.) We’d suggest that, just as many of us “Boomers” were willing to die to block the falling dominoes of Communism in the 60s and 70s, many are willing to die now to arrest the paralyzing and toxic overreach of governmentalism. Sure, don’t force us old codgers, or anybody for that matter, out onto the battlefield, but don’t keep us off it if we want to saddle up. We may be more susceptible to damage than the young’uns, but we’re not more infectious.

We’re not asking that the nation neglect or, in effect, euthanize “Keenagers” and the otherwise afflicted in order to keep the economy “high speed and low drag,” “hostile, agile, and mobile.” Just leave us alone if that’s our wish. We’re grownups. Let our grandkids play ball, and let us go cheer for them if we’re up to it. Let us gather over fast-food breakfast with our cronies and at church with our brothers and sisters in Christ. Let our younger neighbors open their shops for business, and let communities patronize them. And though we appreciate genuine expressions of tender affection, please don’t deploy maudlin, pious, and absurd slogans that start with “If just one life is in peril,” staging photo ops while writing yourself a blank check to take charge of whatever you desire.

Come on, this is a perilous world! We don’t shut down everything for the flu, even the double-dog flu. I don’t at all mean we should shame elderly people who “self-isolate,” especially those with pre-existing conditions. We should reserve our shame for anyone, young or old, who sneezes without covering and who barges right past those CDC flyers posted on pharmacy doors around town, the ones with the stop sign and the words, “DO NOT ENTER if you have: FEVER, COUGH, SHORTNESS OF BREATH.” What we do ask is that you quit shaming us “old-timers” who don’t want to be coddled, acting as if we were so selfish and fragile as to insist that everything grind to a halt to keep us viable. Hey, we’re mortal, and we’d appreciate the option to die with our boots on rather than in the clutches of political nannies. (Actually, we’re immortal, for better or worse, and it may be that what’s driving part of the hysteria in some quarters is a lack of confidence that the beyond is congenial or even existent, if I may say so on this happy Easter weekend.)

Now for some qualifiers: Yes, of course, if we discover that a disease is particularly lethal for children (which COVID-19 is not), then we can reopen the conversation. It’s one thing for adults to offer up their lives for the good of the nation and quite another to ask our kids to do so. (In a real sense, the pro-abortion crowd does just this, but they’ll have to answer to their Maker for that.)

And, yes, if the local hospitals are filled to overflowing with old folks in peril from the virus, you might issue special, temporary, stay-at-home orders for the most vulnerable. But, to return to wartime imagery, a blackout order makes more sense in New York City than in Branson, Missouri. Of course, the military singles out individuals and groups to accommodate exigencies, e.g., survivorship exemptions, prompted by the tragedy of the Sullivan Brothers. But we create emergency rather than ameliorate it when we flout good sense in a hypochondriacal frenzy.

Back during my grad school days, I did some work through the National Endowment for the Humanities with the TARCA, the Tennessee Association for Retarded Children and Adults (now “The Arc Tennessee”). At a community meeting, a TARCA officer told of the story of a young man who “graduated” to a group home, from which he traveled each day by bus to a downtown job. When someone expressed concern that the fellow might lose his way in the city, the speaker granted that that was so, but that there was “dignity in risk.” So, too, you impute dignity to us septuagenarians, octogenarians, and nonagenarians by allowing us to risk exposure to this latest foe.

We Boomers could use a little respect. Our parents are called “the Greatest Generation,” and now we of the Not-the-Greatest-Generation are sidelined with a patronizing, “Have a seat over there, gramps.” Would you grant us a little honor by allowing that we might be willing to depart this mortal coil sooner rather than later if it would help the country? It may be the Mississippi Delta rather than the Mekong Delta, but the danger can be real. Nevertheless, so can our determination to do our part to keep our nation free and strong, not only for ourselves, but also for those good people around the world who count on our remaining so.