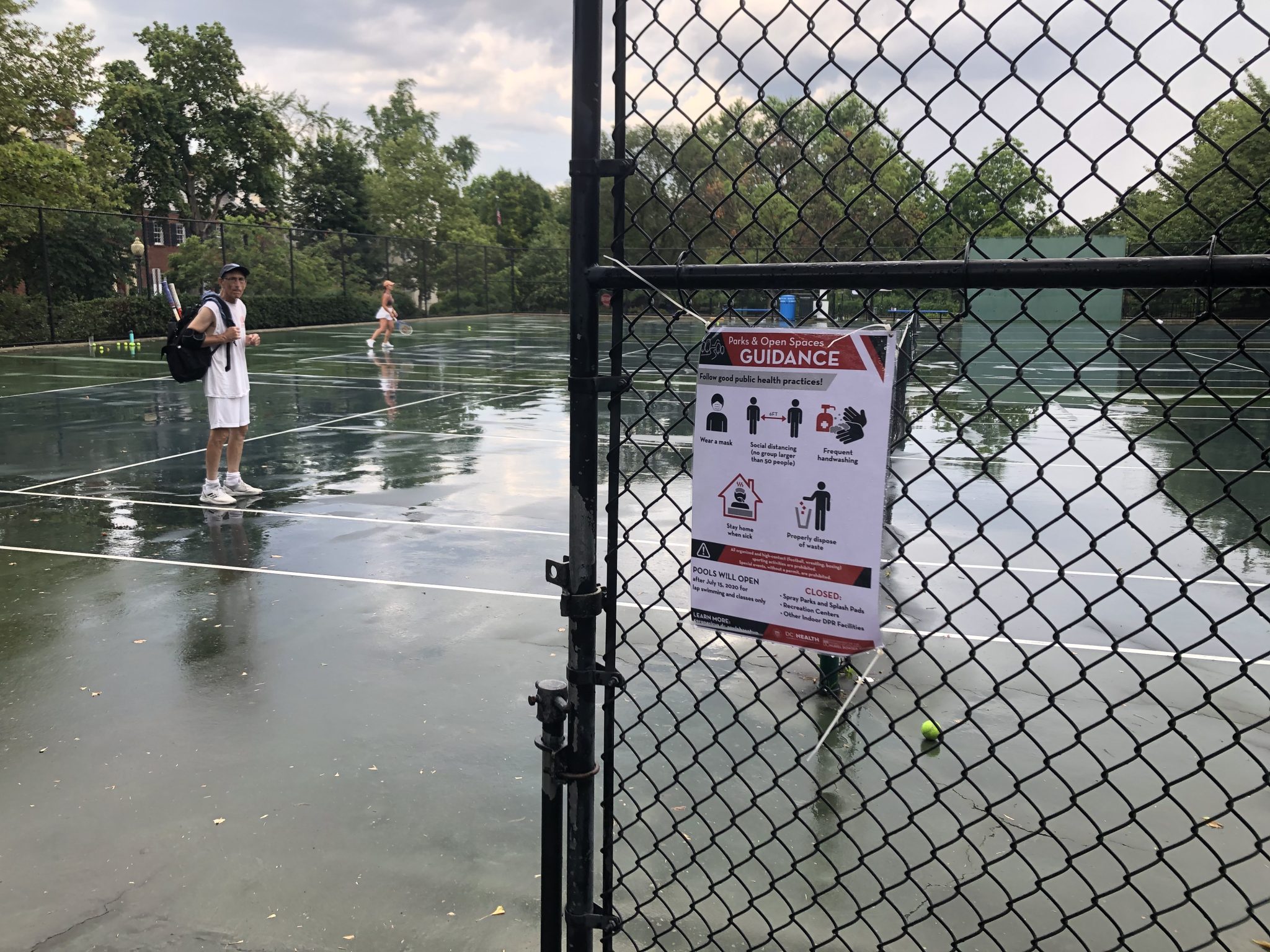 The rain came in the evening as we were warming up last week, and when it let up a bit I biked home, figuring the courts would be too wet and night would be falling. I also figured it made sense to ride slowly because you can slip and skid and you never know with Washington drivers. By the time I got back without skids or collisions, there was a note on my phone that the courts were dry and would I come back.

Tennis is a safe distance sport (maybe). Aussie star Nick Kyrgios and German legend Boris Becker have been in a verbal dust-up because there was a bug outbreak at the Adria Tour organized by world No. 1 Novak Djokovic, and Kyrgios named names of non-distancers, and Becker called him a “rat.” At the courts there has been distance etiquette, though we take off masks when on.

I texted back that I was catching up on Spinoza and tomorrow’s another day. It was; but I went to my other courts, on the city’s other side, where folks with different accents say where you been, boy? Twas G., who talks that way and is good enough to give any top-tier Rose Park-er a run for his racquet. Ain’t no trouble here. Course not, I said. Never you mind, he chuckled. The court was the same size, and the balls bounced just the same.

Hot, too. It has been hot, my revered father’s preference for “warm” to describe weather as it affects humans notwithstanding. I have been getting out as early as possible this week because in the late afternoon it is a functional 90 (upper 30s Celsius), and not only you feel it but the balls bounce more faster due to molecular pressure, and if you have to move faster, I say phooey.

No, not really. You cannot ever say phooey. It ain’t over till it’s over, you know? You can hear the lyrics straight, or you can hear them as they suit you. And Dwight sings them pretty well: