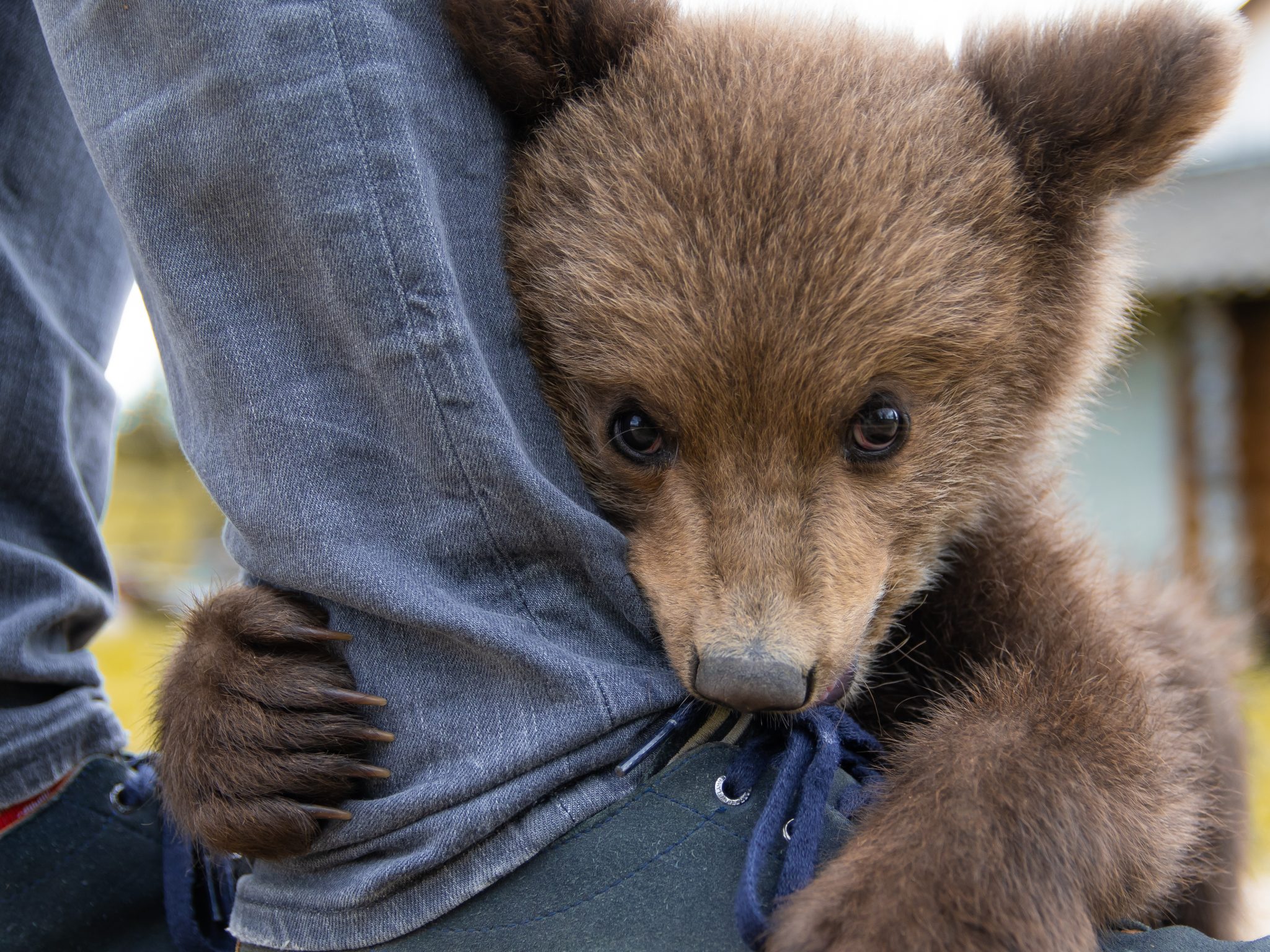 Never let a pandemic quarantine go to waste! I couldn’t shake this story out of my head Sunday night, so I wrote it down. The next step is to have it illustrated and then spring it on unsuspecting children. Maybe you can warn them about it, first.

Several Wednesdays ago, there was a bear called Growlilocks.

She ambled from her home in the forest into a park and kept right on moving on her four powerful paws. Before long, Growlilocks was in the middle of a small town.

Several people stood around with their mouths wide open. One of those mouths belonged to a little girl, standing in the doorway of a house.

Growlilocks didn’t like the crowd of gawkers. They reminded her of baby birds with their mouths open, waiting for their family to feed them. So Growlilocks invited herself into the house with the little girl instead.

“I am Growlilocks!” Growlilocks growled to the surprised young girl. She was holding onto the skirt of an adult woman.

“I am Anna,” said the child, quietly. “And this is my Mamma and my Poppa. Would you like to sit down?”

“Where would I sit?” asked Growlilocks.

“Poppa has a lounge chair. Anna has a beanbag chair. But I have a rocker. Perhaps you would find that ‘just right,’ ” Mamma suggested.

“That’s silly. I’m a bear. We don’t sit in chairs!” growled Growlilocks, who planted herself on the hardwood floor.

“Perhaps you’d like to sleep after your long journey here,” suggested Anna.

“Where would I sleep?” asked Growlilocks.

“Anna has her own little bed, and Mamma and I sleep on a bed in the master bedroom. There’s a queen-sized bed in the guest bedroom that might be just the right size for you,” suggested Poppa.

“Bears don’t sleep in beds! We sleep in dens!” growled Growlilocks. “Do you have one of those?”

“Well, no,” said Poppa. “It’s possible the Joneses next door do.”

“What would I eat?” asked Growlilocks.

“We were just eating porridge. Poppa likes his very hot. Anna likes hers very cold. I like mine lukewarm. You should try mine. You might find that it’s just the right temperature,” said Mamma.

At this, Poppa moved in front of Mamma and Anna, who looked white as a sheet.

And then Growlilocks began to laugh, which the three humans found disturbing. They had never seen bear laughter before.

Growlilocks growl-laughed, and she kept laughing until she was rolling around on the floor. She started crying, and wiped the tears out of her face with her great big paws. Finally the laughter calmed down enough that she could speak again.

“You should see the looks on your faces,” said Growlilocks. “Don’t worry, I won’t eat you. Bears rarely eat humans. We mostly eat berries and insects and grasses. And salmon. Man, that sounds good. I think I’ll go get me some of that.”

At that, Growlilocks ran out the still-open door. Everyone in the town got out of her way. Bears can run as fast as 35 miles an hour. When you see one of those great big masses of fur and teeth and claws trucking toward you, you’d be wise to move as well.

Growlilocks’s great limbs took her out of the town, through the park, and into the forest toward her favorite, salmon-rich stream.

Anna and her parents told this strange story to everyone who had seen the bear go into their house. They were all sympathetic. They figured it must have been a traumatic experience to be cornered in your own home by a wild animal. But none of them really believed what the family had to say about Growlilocks.

After all, everyone knows that bears don’t talk.

Editor’s Note: How are you spending your time during the coronavirus shutdown? Please send contributions of 250–400 words to editor@spectator.org.