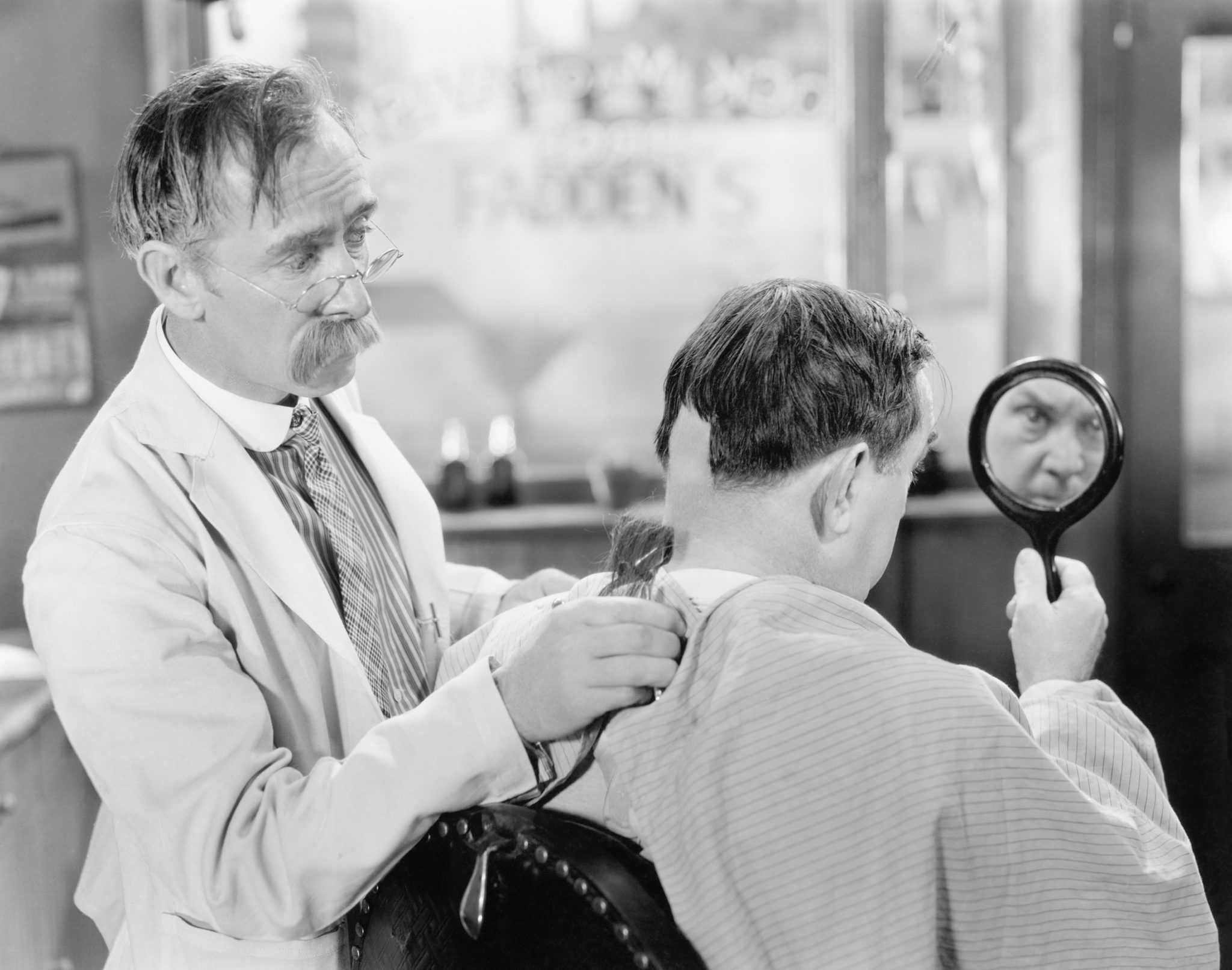 Like most in this country, I haven’t seen my barber for what seems like a decade. My fear is that if I don’t deal with this myself, I’ll wake up one morning looking like an aging hippie, e.g., David Crosby.

Here, in Philadelphia, there seems to be no forecast as to reopening barber shops and hair salons; to just leave my home and get a proper haircut. So I first tried using an electric clipper normally used for my slight beard. Nothing doing. My extra-fine, white hair resisted any effort from an electric clip. My next resort was to try a pair of “professional” scissors I bought online. I tried to imitate my barber by merely pulling up a hank of hair between two fingers, then cutting straight across the ragged edges to hopefully get a nice, evenly layered fade toward the top of my head. Sounds easy enough, but the “high-quality,” “professional” scissors I purchased were lame. My hair would often bind between the shears, especially at the back of my head, where, even with two mirrors, I couldn’t manage to coordinate an effort to think backwards, especially with an inefficient pair of scissors that wouldn’t cooperate.

Then came a moment of serendipity, an explosion of memory. I remembered my mother handing me a pair of barber shears about 25 years ago, saying, “Here, Danny would want you to have these.” The Danny she spoke of was her brother, my Uncle Dan Dougherty, who had recently passed away. I was touched by the gift but merely placed them in the top drawer of a dressing cabinet, where they were too quickly forgotten.

Last week, I returned to the drawer, and they were pretty much where I had left them, no worse from no wear. What a difference. These were the real deal. The tool of a true professional. My only concern now is to worry that I might cut too freely and get carried away with efficiency. But I am taking it easy, learning as I go.

My Uncle Dan passed in 1995. He actually was a barber. Obviously, something I had forgotten. A lifelong bachelor, he lived with my grandmother. He survived my grandmother by several years, and he eventually lived alone, in a declining city neighborhood where many from the “old days” had left. He gave haircuts to nearby friends, but over time his health worsened, and, no longer able to care for himself, my mother arranged for his placement in a nursing home for veterans.

My mother described her brother as “shell-shocked.” His Navy war experience was to stand guard on merchant ships that travelled the northern Atlantic, where U-boats prowled the ocean, sinking one in 10 ships that convoyed to the Russian port city of Murmansk, to assist what was then a desperate ally. It was not uncommon for those merchant seamen, unable to further endure the strain, to get to the deck and throw themselves overboard for a quick and certain death in the frigid waters below.

The war changed Uncle Dan forever, and made him the relative none of us came to fully communicate with. But wherever he is, in what I hope is a happy afterlife, I salute him. And I am thankful that somehow my mother and uncle knew this day would come.

Edward Halligan was born in 1951, in Newport News, Virginia. His parents lived in Hampton, VA, and after his father completed his studies at what was then the National Institute of Aeronautics, on the G.I. Bill, the family returned to their hometown, Philadelphia. Halligan was educated in parochial schools and is a 1970 graduate of the Northeast Catholic High School for Boys. He received a B.A. at La Salle University and attended graduate school at the University of Pennsylvania. He resides in Philadelphia.

Editor’s Note: How are you spending your time during the coronavirus shutdown? Please send contributions of 250–400 words to editor@spectator.org.