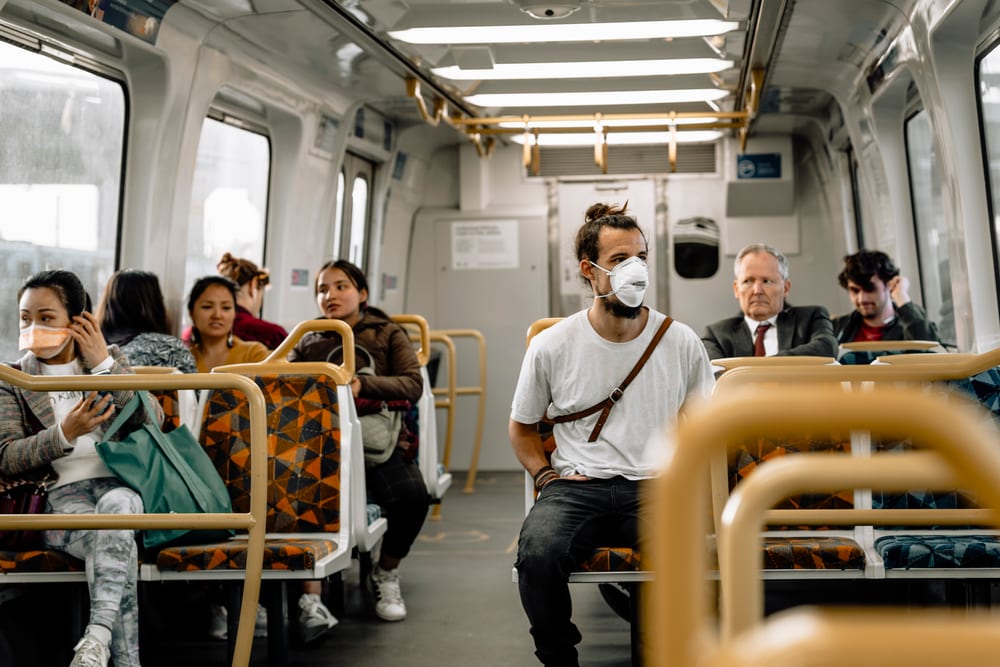 The coronavirus pandemic has, by historical standards, not been very impressive. Despite the wildly implausible projections promulgated by the World Health Organization (WHO), the consistently inaccurate forecasts of our government “experts,” and the absurd predictions of the “news” media, COVID-19 is unlikely to produce an ultimate U.S. death toll equalling that of the 1957–58 Asian flu.  That virus produced the deadliest epidemic the country has endured since World War II, killing 116,000 people, or about 0.07% of a U.S. population of 172 million. As of this writing, it looks as if COVID-19 will probably end up killing about 100,000 Americans, or 0.03% of the current U.S. population of 331 million (UPDATE: As of August 3, the U.S. has reported around 154,471 deaths from COVID-19, or 0.05% of the population). Nonetheless, all pandemics — whether they kill millions or merely thousands — have a way of permanently affecting our lives. The following is a brief list of some ways in which COVID-19 will change the way we live.

The remote revolution will finally arrive.

For more than two decades, we have been hearing that the age of brick-and- mortar was about to end, that the “gig economy” would soon bring about theextinction of the traditional office and its grotesque offspring — the cube farm — just as surely as carbon dioxide will destroy the planet. Yet, like those portentous prophecies about the demise of Mother Earth, predictions about the imminent death of the office have thus far been no more accurate than the fabled IHME coronavirus fatality projections. The traditional white-collar workplace has proven remarkably resilient. We have continued to allow our children to be raised by people who would be otherwise unemployed in order to operate expensive and dangerous machines on crowded roads to reach drab little rooms where we spend countless hours working on devices and software that could be set up at our homes by any normal ten-year-old. Why?

It’s pretty clear that COVID-19 has put paid to the mass transit movement.

Many corporate “leaders” don’t trust their employees to work as conscientiously at home as they do when the boss is down the hall taking a nap behind his closed door. American business is encumbered by a wide stratum of middle managers that exist to provide personal oversight of employees whom they insist will cut corners and fail to meet deadlines if left unsupervised.

Widespread telecommuting, they claim, will reduce productivity. Their actual concern is that, without dozens of employees to pester, they will have difficulty explaining what precisely they themselves do all day. In today’s technological environment, measuring the productivity of remote workers isn’t hard, and numerous studies have shown that telecommuting actually increases productivity. During the plague, many companies will have discovered this. Neither employers nor employees will want to return to the twentieth century.

Small towns and exurbs will take on a new allure.

The much-maligned and hopelessly unfashionable small towns and exurbs of America have unquestionably provided a much more salubrious environment to ride out the coronavirus epidemic than have large metropolitan centers. It’s a good bet that, for all but the very rich, places like New York City, Detroit, Chicago, and New Orleans have been genuinely miserable places to live during March and April. Meanwhile, the residents of small towns like Milledgeville, Georgia (population 18,933), have been merely inconvenienced. Indeed, for those of us who long ago left some large metropolitan areas, there is a sense that it was the best decision we ever made. There is very little danger here of coronavirus infection (the entire county has had 135 confirmed COVID-19 cases and four deaths), and there is no corollary to the psychic anguish New York Magazine’s Andrew Sullivan laments,

I began to lose it this week…. My sleep patterns are totally screwed up, and I find myself waking up tense several times a night, or crashing out for 10 or 12 hours at a time. I wake up and want to go back to sleep. My appetite is waning, and my body longs for some weights to push and pull. My teeth grind all night long and my jaw is tense. I have all the time in the world to read and write, and yet I find myself anesthetized with ennui, procrastinating and distracting myself. Yes, I scan the news every day, often hourly, to discern any seeds of progress…. All of this is why, on some days, I can barely get out of bed.

This is the downside of uptown living among fashionable and self-satisfied “elites.” Crowded cities full of sophisticates have always been the epicenters of pandemics. It was a plague, for example, that ended the golden age of Athens. This is the price one pays for sneering at all the rubes living ordinary lives in flyover country, where so many people voted for Trump and plan to do so again. We are free to come and go as we please because there is plenty of room to maintain social distancing. We can stroll down the sidewalk without being knocked down by a runner. We can buy gardening tools and house paint. Moreover, as I write, my governor in Georgia is beginning the process of reopening the state. Not coincidentally, local real estate agents have been receiving a lot of calls from out-of-town buyers interested in relocating here, and I have noticed that a number of “For Sale” signs have been replaced with “Sold” banners.

The progressive mania for mass transit is doomed.

No matter how much carnage COVID-19 causes, it has produced at least one fatality that will be deeply mourned by the Left. Progressives and environmentalists have long nurtured the hope that mass transit would one day supersede the century-old dominance of the automobile as America’s preferred mode of transportation. The ostensible motivation behind their enthusiasm for cramming us like sardines into subways and commuter trains is their fervent desire to save the planet. Whether or not one takes that proposition seriously, it’s pretty clear that COVID-19 has put paid to the mass transit movement. Social distancing is just not one of your choices in a New York City subway, a Boston MBTA train, or the Washington Metro. And, given the choice of avoiding the coronavirus today or saving the planet at some undesignated date in the distant future, most sensible Americans are going to choose the former.

Mass transit was already moribund before the advent of COVID-19. Across the country, the use of subways and commuter trains has long been declining for a variety of social and safety reasons. People unable to telecommute and employees of companies unwilling to enter the twenty-first century werealready opting to drive their own cars to work. Consequently, the advent of coronavirus dealt the coup de grâce to subway systems across the country, from New York City and New Jersey to the Bay Area Rapid Transit system in San Francisco. And the situation is no better in the upper Midwest. According to the Chicago Transit Authority, “L” train ridership is down by 82 percent. Even as far north as Canada, the Toronto Transit Commission reports empty trains at rush hour. Mass transit has been on life support for some time primarily due to its poor return on investment. The COVID-19 pandemic has finally pulled the plug.

The ceremony of innocence is drowned.

As noted above, the coronavirus pandemic isn’t very impressive by historical standards. Consequently, it will change our lives in relatively superficial ways. Moreover, the vast majority of its victims are, by twenty-first century standards, expendable. The majority come from that most reviled tribe of villains — men. COVID-19 kills about twice as many males as women. This is true in Australia, China, Italy, the U.S., and every other country it has invaded. Consequently, some feminists may view the pandemic as condign punishment for the plague of patriarchy they claim has sickened society for millennia. A more rational way to look at coronavirus is as a wake-up call. Most of us conduct our lives as if real depravity and deprivation don’t exist. Perhaps COVID-19 will drown that ceremony of innocence.