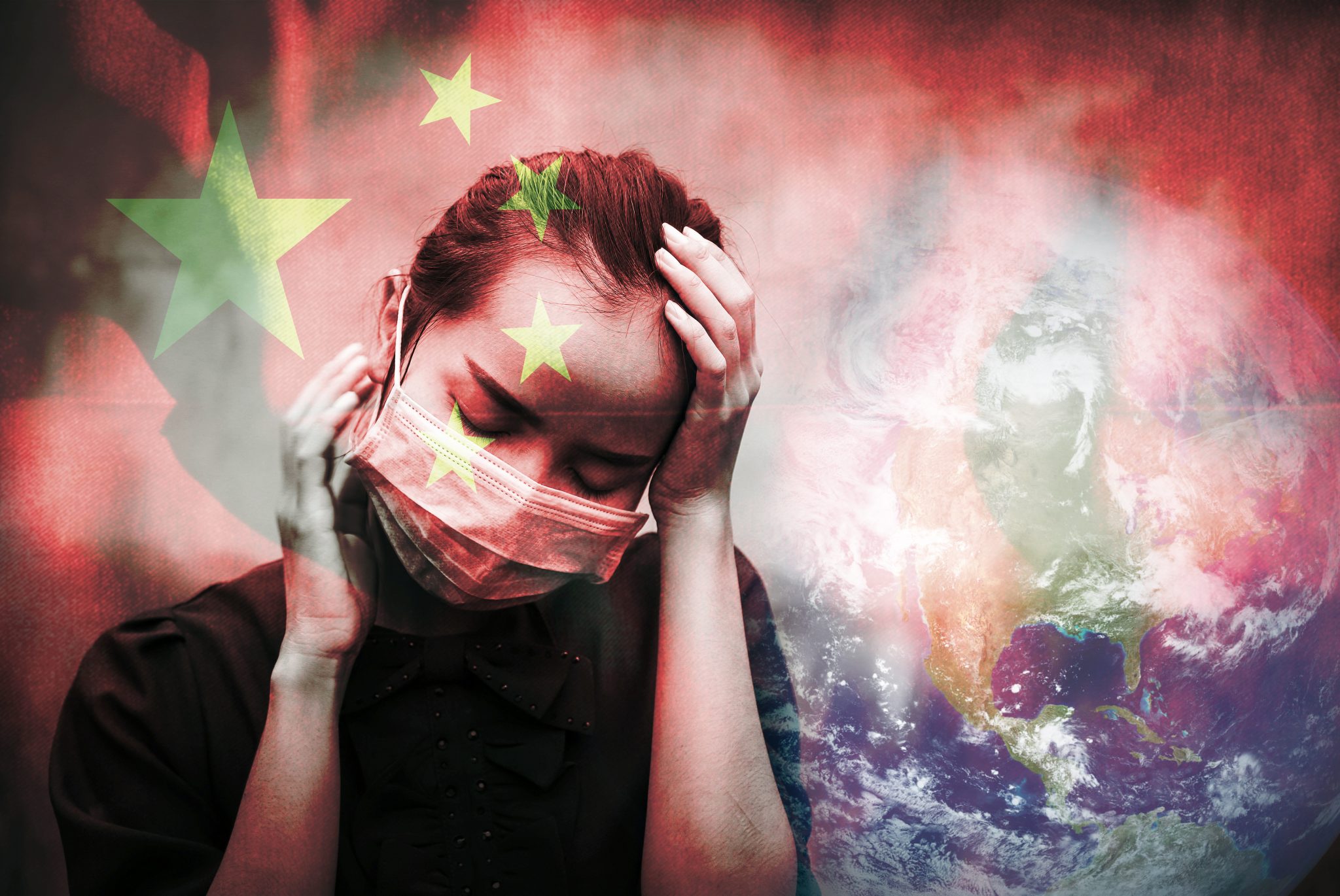 There’s been much talk about how coronavirus, for many people who contract it, will be not much worse than a heavy cold. Thank heavens for that. Sadly, though, for some, it’ll develop into something much, much worse. Potentially fatal. Like pneumonia.

Take it from me, pneumonia is hideous. You really don’t want to risk getting it. So, if you feel the first signs of coronavirus, which, I’m told are quite distinctive from “ordinary” influenza (headache, fever, dry cough, shortness of breath), for God’s sake do everything you can to stop it developing into pneumonia. I’m no medic, but my experience suggests that, to a certain extent, it really can be in your own control.

I wish I’d followed that advice a few years ago, when the influenza I was suffering from took several turns for the worse. I only had myself to blame. Being self-employed and not wanting to let clients down, I carried on my daily commute into London’s icy winter even though I had a fierce fever. What an absolute cretin.

As a result, I not only developed pneumonia, but double pneumonia (the double bit means both lungs). Double pneumonia, or the Big D as I call it, is a horrid beast, merciless in the beatings it gives you, and fond of inflicting a long lingering tail of misery. In the space of a few days, I went from being a fit and relatively energetic middle-aged guy (yes, that’s how I see myself), with bags of zest for life, into a decrepit wreck.

“Oh, my good gawd!” exclaimed the nurse as she saw me being pushed towards her in a wheelchair in the chest ward of my local hospital. “What’s happened to you?” She looked appalled and incapable of displaying professional detachment. Well, at that stage I didn’t know what had happened to me, because I was yet to receive a diagnosis. I just felt how I imagine it must feel to be run over by a train but somehow survive.

“Christ alive!” she cried, as she studied the sheet that the people in casualty had printed out about me. “182? You should be four or five.” I had no idea what she was referring to, or what test these numbers were based upon, but, even in my desperate state, I was able to compute that a test score of nearly 200, when four or five is normal, meant I was in some trouble. This impression was confirmed a few minutes later, when she sat by my bed with a clipboard, held my hand, and asked, “Do you know where you are, love?” and “Do you know what your name is?”

After a few hours of shaking uncontrollably with a high fever and feeling like I was being frozen alive, even though the temperature in the ward must have been a balmy 77, they pumped me full of enough paracetamol to allow me to be wheeled down to the X-ray department.

There I sat with a bunch of patients, all of whom looked 80-plus with obviously ghastly conditions. I glanced at the guy next to me, and thought to myself, blimey, he hasn’t got long left. He was a wizened, shriveled little thing, completely bald with a few white whiskers on his chin. He had to heave his shoulders as best he could to get air into his lungs (not much, at that), and looked like he might be heading to the hospital morgue at any moment. But he had enough strength, this skeleton in pajamas, to look at me and wheeze, “You look terrible, mate.”

He was right. The Big D hammers you with an incessantly raging high temperature and seems to fill your lungs with gunge, which means you can’t get enough oxygen. You ache all over, 24/7, and have zero energy for anything beyond staring into space. If you want to go to the bathroom, staggering isn’t an option. You have to crawl.

Have you ever felt close to death? I hadn’t until then. But in the middle of night three in hospital, I hit rock bottom. I’d received my diagnosis, and my incessantly high temperature, even with the strongest doses of drugs, refused to come down. Every part of me was in pain, not least because I’d developed pleurisy. I hadn’t eaten for over a week, nor had I had any sleep to speak of. I looked out the window next to my bed. Snow was gently landing on the ledge, and I could just about make out the leafless trees swaying in the cold, February darkness. All was black and silent.

And I thought to myself, I’m dying.

I didn’t know at the time, thank goodness, but according to some of the statistics I’ve since read, of every 10 patients admitted to hospital with the Big D, only six or seven survive. Many of those are elderly, but I was still right to fear for my life.

When dawn broke a few hours later and I was still alive, I gave myself a severe ticking off. Come on, I said. Where’s the spirit? Where’s the fight and the British stiff upper lip? Okay, you’re seriously ill, but that’s no reason to give up. Let’s have no more of that attitude, please. You’ll get through this.

Willpower is a wonderful thing, especially in daylight.

Things then slowly started to get better, but towards the end of my 10-day stay in hospital, the doctors were concerned that I was losing an alarming amount of weight. I hadn’t looked in the mirror since skeletal grandpa told me how awful I looked, so I wasn’t aware of just how diminished I was. The doctors brought a hospital-style weighing scales next to my bed, and a few of them helped me clamber onto it. Next thing I knew, they were all sucking air through pursed lips, making shrill whistling noises and shaking their heads. Two weeks earlier, I had been 180 pounds, a healthy weight for someone of my height. Now I was just 154.

I lay back in bed, and thought to myself, here’s a foretaste of what it will feel like to be really ancient. A little taste of the future. And I vowed, if I ever got a fever again, to get straight into bed and stay there until it left my body. Never, ever again, I promised, would I risk carrying on with my life in the face of a nasty virus, kidding myself I’d be able to soldier through it.

So, for what it’s worth, if you feel the first signs of a fever, dry cough, and headache over the next few weeks, on no account do what I did. Stay home. Stay warm. Keep away from other people.

Because you really don’t want an appointment with the Big D.