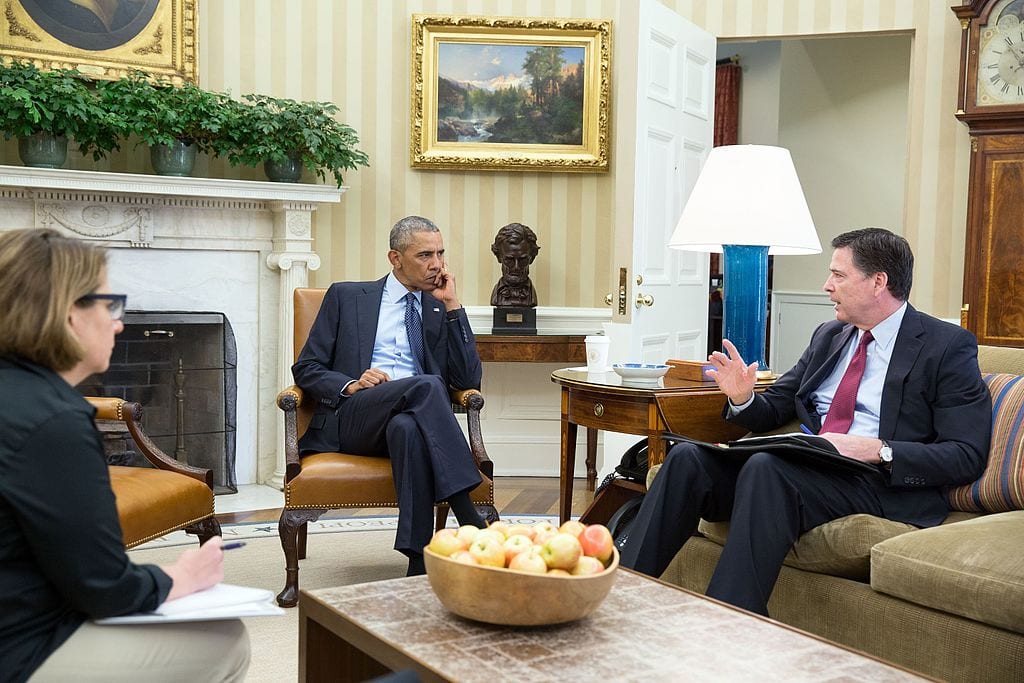 An administration siccing the surveillance state on the opposition party’s presidential candidate based on dubious reports compiled by the favored presidential candidate’s campaign ranks as a terribly reckless strategy risking the future freedom of its architects for their future power, no?

“Not if you think you will win the election and no one will ever find out,” an animated Joseph diGenova tells The American Spectator. “That’s why they did it. They thought she would win and no one would ever find out.”

Alas, Hillary Clinton did not, as so many expected, win the presidency. So, the incoming administration, investigated by dubious means, got to see what the Clinton campaign, the Democratic National Committee, and various Justice Department officials believed it would never see.

DiGenova, a former U.S. attorney and independent counsel tasked with investigating the George H.W. Bush administration’s accessing of candidate Bill Clinton’s passport file, believes the malfeasance surrounding the Department of Justice securing warrants to electronically surveil Donald Trump adviser Carter Page rose to a criminal level. And he thinks the conflict of interest inherent within tasking the Justice Department investigating criminal wrongdoing within the Justice Department strikes as just the type of situation imagined when the Office of the Special Counsel was created.

“There are a number of people in the high ranks of government in both civil service and political positions who have an animus toward the president and engage in activities that clearly violate the law,” diGenova tells The American Spectator. “It is my understanding that an investigation into the leaking has been ongoing.”

Specifically, the House Permanent Select Committee on Intelligence memo’s finding that the Justice Department knew that the information justifying its application for a FISA warrant to obtain electronic surveillance came from a Hillary Clinton campaign opposition research operation, i.e., Christopher Steele’s “dossier,” yet withheld that information, possibly constitutes a legal problem for James Comey, Andrew McCabe, and others involved in applications to the court. Beyond this, reports that the Justice Department relied on a second dossier compiled by Cody Shearer, a political hatchet man without the pretense of credibility that Steele, a longtime British intelligence agent, provided for his “dossier,” further complicates legal matters for government employees involved in what increasingly looks like partisan work done on the federal government’s dime.

“The fundamental scandal that is at the heart of this,” diGenova notes, remains “the weaponization of intelligence and law enforcement against an opposing candidate.”