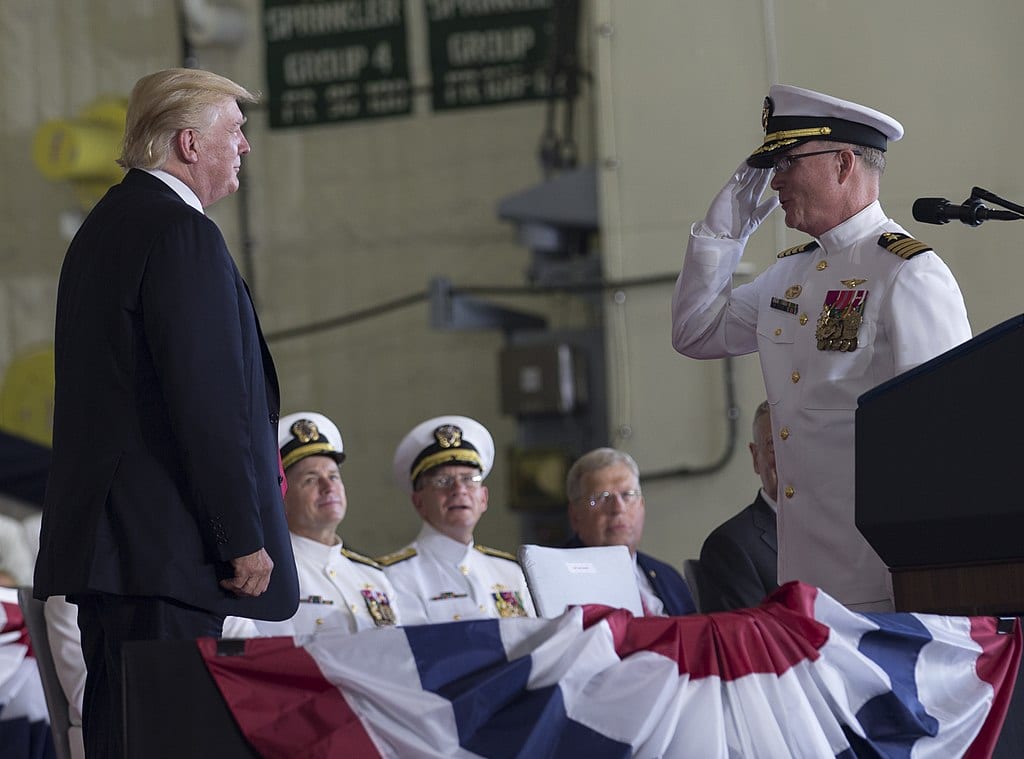 The U.S. Navy is facing what has been described as a “disaster of epic proportion” on its newest class aircraft carrier, the USS Ford (CVN 78), a travesty that until now has slipped by largely under the radar.

In February, the Navy confirmed that it has major problems with the design and construction of its new EMALS (Electromagnetic Aircraft Launch System) catapult installed in its latest aircraft carrier, the USS Ford, and the three other Ford class carriers under construction.

During sea trials the Ford used EMALS heavily, as would be the case in combat and training operations and found EMALS less reliable than the older steam catapult, more labor intensive to operate, put more stress on launched aircraft than expected and, most seriously, due to a basic design flaw if one EMALS catapult becomes inoperable, the other three catapults could not be used in the meantime as was the case with steam catapults. One cat down means no more launches.

The fatal flaws involve reliability. An EMALS catapult was supposed to have a breakdown every 4,100 launches but in heavy use EMALS actually failed every 400 launches. By the end of 2017 the Navy concluded that an EMALS-equipped carrier had only a seven percent chance of successfully completing a typical four-day “surge” (multiple catapult launches for a major combat operation) and only a 70 percent chance of completing a one-day surge operation. That was because when one EMALS catapult went down all four were inoperable. In effect the Ford class carriers are much less capable of performing in combat than their predecessors.

Since it is a major design flaw, there is no easy fix. The Navy is urgently seeking solutions to this mess that will jeopardize the futures of four new Ford class carriers. Sadly, there are no easy solutions. For example, it would cost over half a billion dollars to remove EMALS and install the older steam catapults. This would also take up to several years and lead to many other internal changes.

The Navy is now considering bringing a recently retired carrier back to active service as a stopgap because whatever the fix is it will not be quick or cheap. The most worrisome part of this is the apparent inability of Navy ship building and design experts to come up with a solution for the problem they created.

This EMALS issue raises serious questions about the capabilities of all personnel involved in warship and shipboard systems design and construction, civilian contractors and military alike. Cost overruns and delivery delays are one thing, but combined with major design flaws that totally degrade the capabilities of carriers in a combat situation is totally unacceptable.

This may be a “told you so” opportunity for President Trump. Just about a year ago in an interview with Time magazine, Trump bashed the new EMALS technology and said he had ordered the Navy to go back to “the goddamned steam.” “I said, ‘You don’t use steam anymore for catapult?’ ‘No sir.’ I said, ‘Ah, how is it working?’ ‘Sir, not good. Not good. Doesn’t have the power. You know the steam is just brutal. You see that sucker going and steam’s going all over the place, there’s planes thrown in the air,’” Trump said in the interview.

Trump went on, “It sounded bad to me. Digital. They have digital. What is digital? And it’s very complicated, you have to be Albert Einstein to figure it out. And I said — and now they want to buy more aircraft carriers. I said, ‘What system are you going to be—’ ‘Sir, we’re staying with digital.’ I said, ‘No you’re not. You going to goddamned steam, the digital costs hundreds of millions of dollars more money and it’s no good.’”

But, the EMALS crisis is just the latest scandal to plague the U.S. Navy. Some will recall the so-called “Fat Leonard” investigation launched in 2013 in which dozens of senior Navy officers including admirals were charged with accepting bribes, including luxury travel, extravagant dinners and sex parties with prostitutes, in exchange for Navy procurement contracts and access to secrets.

Four and a half years later, the “Fat Leonard” affair has led to the conviction of more than a dozen Navy officials, including the first active-duty admiral convicted of a federal crime. Hundreds of others, including as many as 60 admirals, are reportedly also under investigation for their dealings with the rotund contractor.

Thought the Pentagon has maintained those bad apples are only a tiny subset of the 50,000-plus officers in the Navy, the Department of Justice (DOJ) appears to have struggled to find sufficient adjectives to describe the scope of the scandal, calling it “wide-ranging,” “staggering,” “massive,” and “astounding.”

Hearings in one of most striking cases to come out of the investigation are set to resume shortly. In that case, a retired admiral and eight other high-ranking Navy officers stand accused of “acting as a team of moles” for Fat Leonard, “trading military secrets and substantial influence for sex parties with prostitutes, extravagant dinners and luxury travel.” No matter the outcome of that trial, the Navy has already received another embarrassing black eye in the process.

Of course, on top of these blemishes to the Navy’s proud reputation are the tragic collisions at sea that resulted in the deaths of 17 sailors in 2017. The Navy’s investigation of the two collisions of the guided missile destroyers USS Fitzgerald and USS McCain, which occurred only months apart, concluded that both tragedies were avoidable and resulted from fundamental errors of ship handling and basic seamanship.

The findings of the investigations resulted in severe disciplinary action for the Captains, OODs and watch teams, as well as the leaders of the ships’ respective Combat Information Centers (CIC) for negligently hazarding their vessels, failure to follow orders, and other violations of the Uniform Code of Military Justice.

The Pentagon regularly preaches the gospel of “reliability” and “accountability.” In the cases of the sleazy “Fat Leonard” scandal and the destroyers Fitzgerald and McCain collisions, the Navy Department moved quickly to ensure that accountability was delivered under our fine military justice system.

It remains to be seen how the Navy will respond to the EMALS scandal on the USS Ford. Of course, there are sure to be Congressional investigations, JAG investigations, and those responsible for this glaring series of cascading errors of design and construction must be held accountable, and fast.

Given the President’s stated views on steam vs. digital EMALS catapults, I’m confident that’s what will happen.