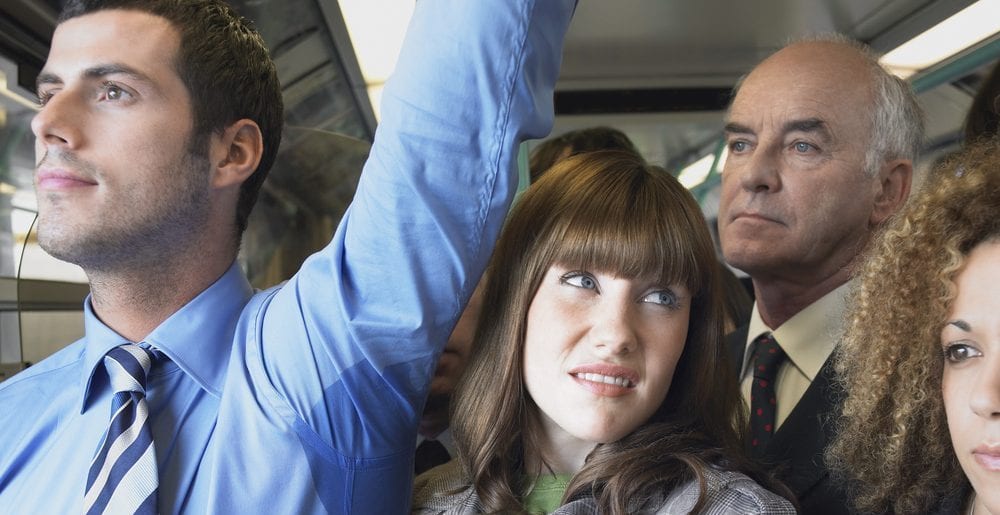 One big positive to put alongside the many negatives about COVID-19 is that millions of us should never have to commute again. It just isn’t necessary, and still won’t be when we’re free of the wretched virus. We can work perfectly well remotely, thank you.

In any case, commuting was only ever a gigantic pain in the butt. We’ve all got horror stories to share — interminable delays, bomb scares, violent altercations with fellow passengers, and so on. But I reckon I have one to beat all others. A warning, however: you’ll need a strong stomach.

It was summer 2014, and I was on the train home from London. It was late, so the carriage was fairly empty, and I had a table for four to myself. Across the gangway was another table occupied by an overweight, balding chap who’d been to some sort of posh function (he was wearing black tie). He’d obviously had a good evening, as much of his dinner was smeared over his white shirt. And, judging by the way he stank, he’d drunk a shed load. At any rate, the booze had knocked him out, and he was snoring loudly, with long pauses punctuated by aggressive snorts.

I tried to ignore him, and gave myself to the Douglas Kennedy novel I was reading. Those books are engrossing, and I was managing well enough.

We owe it to ourselves to chuck the five-day commute in the trash can.

But then something abhorrent happened. The man’s snoring took on a more urgent timbre, as though he were readying himself for a confrontation. To my alarm, the snores turned into low moans, followed by deep gurgles, a couple of foul-smelling belches, and finally a kind of long, plaintive whine.

Instinct told me to move away fast. I’m borderline phobic about people being ill. If anyone starts choking in a restaurant, folks rush to help. Me? I scarper for the exit. But I was too slow. As I rose and reached for my coat, the man, still asleep, started heaving. Then, right in front of my eyes, and no more than three feet from where I stood, it happened.

“BLEAGH,” the man announced. Half his dinner hit the table in front of him and the empty seats beyond. “HUUUURGGEHH,” he added, hosing the entire window. I looked on aghast — helpless and frozen. But he wasn’t done. Horrifyingly, he turned straight at me and roared “BLEEEEEAAAAGH!!!,” unleashing a huge quantity of vomit across the gangway. “BLEEEEEAAAAGH!!!,” he encored, for good measure. He then harrumphed to himself, and began snoring again. I’m pretty sure he slept through the whole episode.

I was so stunned that I left him there with his mess, got off the train a couple stops early, and trudged home across the countryside into the wind and rain — a blessed relief, and something to wash away the stench of regurgitated dinner.

Okay, that was extreme. I’ve done that journey a couple thousand times, and nothing like it has happened before or since. But it demonstrates a central truth about commuting: for an hour or so a day you lose sovereignty over your life. You’re at the mercy of other people’s behavior. You just have to grin and bear it and hope it’ll soon be over.

I’ve done my share of commuting by car. But, even now, in the midst of COVID, you’d have to be out of your mind to drive into London without a personal parking space — and those are gold dust. It’s all about trains, in my case the 0716 from Tunbridge Wells. It’s 10 months since I took that service, but the memories of overcrowded carriages, body odor, bad tempers, and endless delays are as fresh as ever.

Yes, over the years, you pick up some survival techniques. For example, you’ve got to learn to spot weirdos. Sounds easy, but many of them don’t reveal their weirdness until you’ve plonked yourself down, opened your laptop, and watched every other darn seat disappear. The last well-disguised weirdo I sat next to — a presentable-looking woman — waited until the train was pulling away before turning to me with a glazed look and enquiring menacingly, “Can I borrow your tie? I need to hang out some washing.” The whole journey was agony.

Next, forget courtesy. Getting a seat is essentially war. If you spot one, go for it like a tiger chasing its prey. Only give way to the heavily pregnant or over 90. And remember, some over-90s are perfectly capable of standing.

Feigning illness shouldn’t be beneath you. To ensure a double seat to yourself, blow your nose loudly at regular intervals while groaning. (I imagine if you did that now, you’d quickly empty the whole train.)

Finally, use passive aggression against anyone disturbing your peace. This includes youngsters listening to music, people eating chips, and alpha males talking into mobile phones like they’re announcing the arrival of the Queen. A sad, pointed shake of the head and a few tut-tuts are the British equivalent of pointing a shotgun at someone’s head.

But, even with such techniques, did anyone ever actually enjoy commuting? All right, you can get through some reading. You might even strike up a conversation with a stranger (though the last time that happened in London was 1972). But these are mere coping mechanisms.

Surely, then, we’d be bonkers to go back to the everyday commute. There are some exceptions, of course — construction workers, health-care professionals, emergency personnel, and so on. But that leaves millions of us who can do our jobs perfectly well without leaving bed.

So, once we’ve all been vaccinated to within an inch of our lives, we owe it to ourselves to chuck the five-day commute in the trash can. One day a week? Perhaps. Two? That’s your max. Any more and I guarantee you’ll soon find yourself sharing a carriage with a balding man in black tie and the stench of his dinner floating towards you. And you’ll only have yourself to blame.