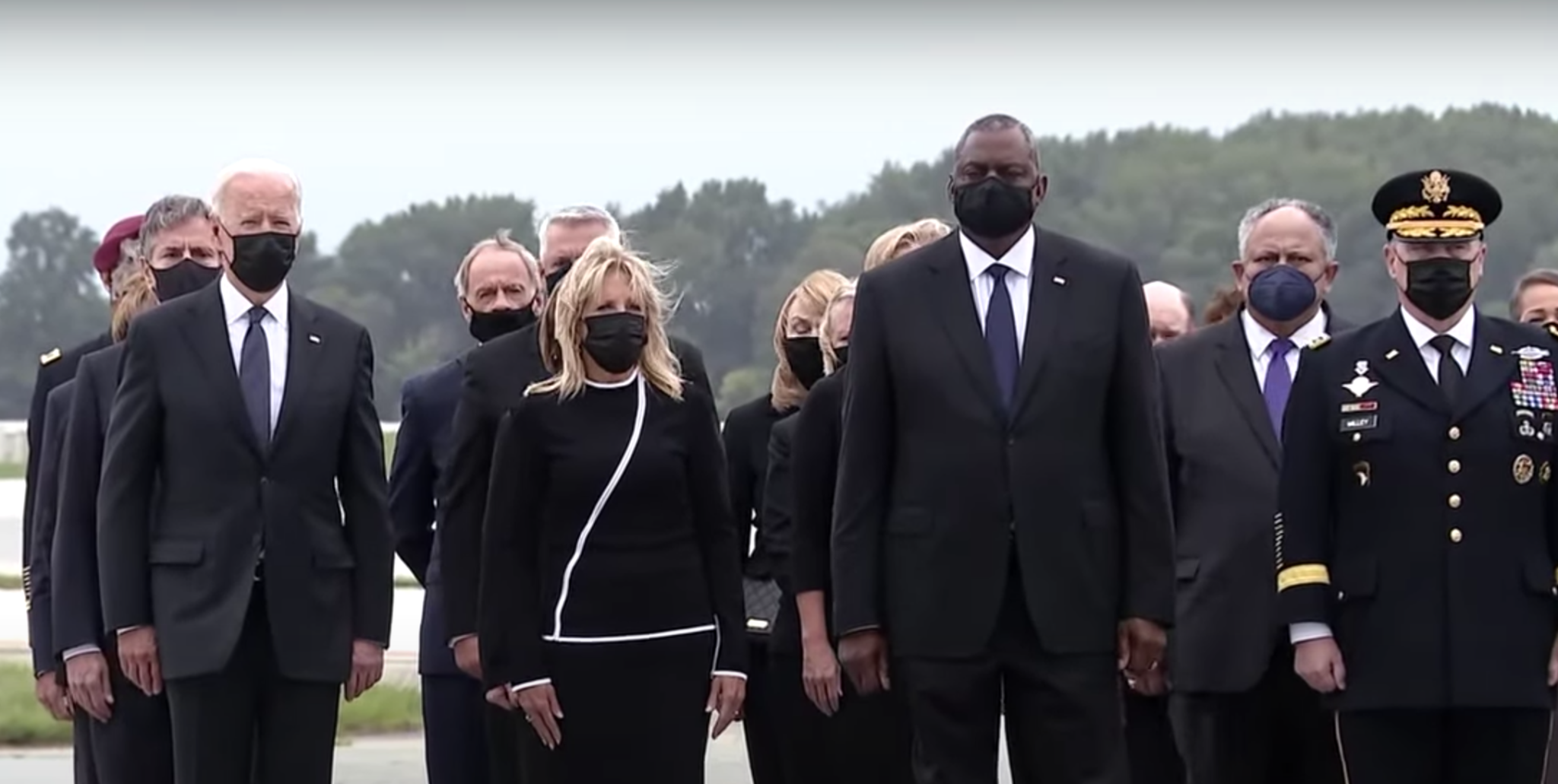 Before he became president, stories about now-President Joe Biden phoning friends and even strangers to offer comfort after deaths in their family were legendary.

Having endured the awful deaths of a wife and baby daughter in 1972 and elder son Beau in 2015, Biden was, in news-speak, “shaped by grief.” Politico‘s Michael Kruse called grief Biden’s “superpower.”

The quick-with-a-hug Biden entered office as a seemingly natural “comforter-in-chief.”

Something has changed. Biden’s halo of compassion lost some sheen August 29 at Dover Air Force Base when he talked privately to the families of 13 fallen service members who died in Kabul.

During the dignified transfer ceremony, Biden was caught on camera repeatedly checking his watch.

Later, after Biden approached grieving family members to offer his condolences, many said that his remarks lacked authenticity.

“I was able to stand about 15 seconds of his fake, scripted apology and I had to walk away,” Cheyenne McCollum, whose brother Lance Cpl. Rylee McCollum died in the terrorist attack, told Fox and Friends.

Asked about some families’ disappointment with Biden’s attempt to console them, White House press secretary Jen Psaki declined to expound on what was said. She did offer that Biden is grateful for the families’ sacrifice and “he knows firsthand what it’s like to lose a child.”

Psaki’s response was as tone-deaf as Biden’s remarks to mourning families, as both the president and his spokesperson made these 13 deaths about Biden and his grief.

“When he just kept talking about his son so much it was just — my interest was lost in that. I was more focused on my own son than what happened with him and his son,” Mark Schmitz, whose 20-year-old son Jared was killed in the explosion, told the Washington Post. “I’m not trying to insult the president, but it just didn’t seem that appropriate to spend that much time on his own son.”

“I think it was all him trying to say he understands grief,” Schmitz added. “But when you’re the one responsible for ultimately the way things went down, you kind of feel like that person should own it a little bit more. Our son is now gone. Because of a direct decision or game plan — or lack thereof — that he put in place.”

Biden frequently mentions his son Beau, who was awarded a Bronze Star for his service in Iraq, as a way to show kinship with U.S. troops and their families. Better to talk about Beau Biden’s military service than the president’s five student draft deferments.

Now he is the commander-in-chief, and he’s found himself in the position of former President George W. Bush.

This time, mourning parents aren’t blaming a president for sending their children to war to die.

They’re angry that he ordered a botched withdrawal in which their children were killed — and he thought it was about his grief.