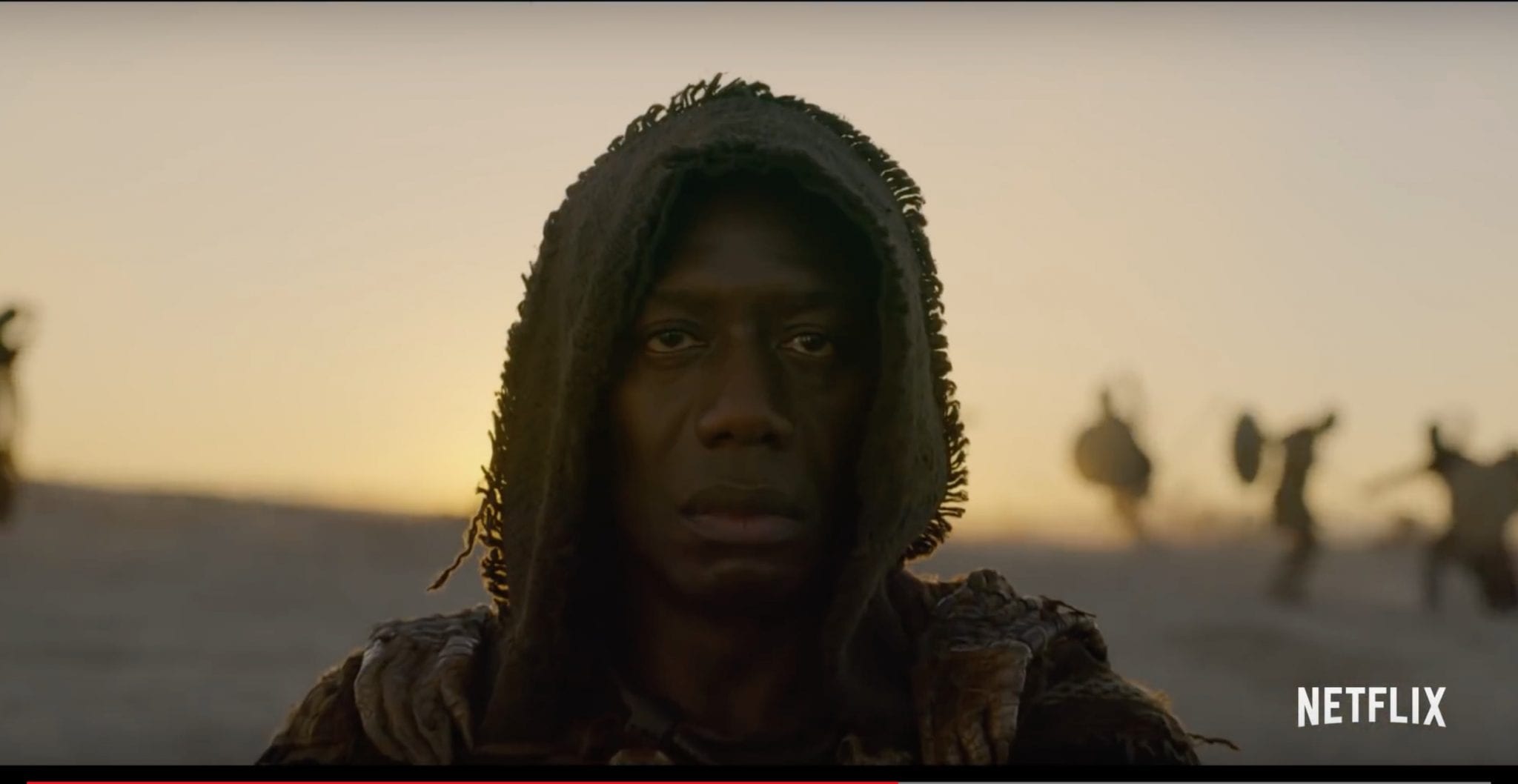 When I first heard that the BBC was remaking Civilisation, the groundbreaking 1969 documentary in which esteemed art historian Kenneth Clark guides the viewer through a thousand years of European culture, I feared the worst. When I saw that they had pluralized the name of the show I knew my fears were well-founded: no longer would the series be confined to Eurocentric declamations about the glories of illuminated manuscripts, Gothic architecture and baroque painting. Now all the world’s civilisations would be presented as equals in an intersecting, postmodern package. Clark was a straight white Christian male, but that dusty old cliché would have to go out the window for the reboot; the hosts this time were appropriately heterogeneous (in appearance if not in outlook), with a woman and a black man joining a white man (albeit a Jewish white man) in taking up presenting duties.

So I mustered smaller expectations than usual when I saw that the BBC and Netflix were to produce a lavishly budgeted television drama about the Trojan War. As with Civilisations, the BBC’s willingness to politicize frequently comes at the cost of quality and authenticity, and that turned out to be the case with Troy: Fall of a City. Troy is said to be the most expensive thing the BBC has ever produced, costing around £2 million per episode, but even an investment of that scale couldn’t stop them from riskily casting men of West African origin in the roles of Achilles and Zeus. It truly speaks to how lofty the media’s ivory tower is that they could cast black men as two of the central figures in Greco-Roman mythology and think nobody would bat an eyelid. But bat eyelids people did: as I write this the iMDB score (as voted by site users) stands at 3.8/10.

Enjoying fantasy or science-fiction or period drama requires that viewers meet the filmmakers half-way. In return for believing that traipsing around the galaxy at warp nine is possible, Star Trek writers must give a good reason as to why the Enterprise can or can’t jump into hyperspace at a particularly dramatic moment. Similarly, Game of Thrones works best for the viewer if we can’t see a Rolex on the lead actor’s wrist. Basically, viewers demand plausibility. The Lord of the Rings trilogy and the original Star Wars movies enjoy longevity of popularity because of the respect with which viewers are treated. Viewers invest themselves emotionally in the films’ fictional worlds and the filmmakers treat the subject matter with the gravity and attention to detail the viewers’ faith deserves.

This is impossible when watching a black Achilles or Zeus. The simple fact is that West Africa was not a part of the Ancient Greek world, so for anyone who is geographically and historically literate the appearance of a West African man in the role is jarring. Not only is his presence unrealistic — and as viewers we are investing ourselves in the production — it is also political. To truly enjoy Troy: Fall of a City and to experience the kind of escapism one expects when watching tales of Greek heroes and gods a person would need to have complete ignorance of the ethnic make-up of the ancient Mediterranean, in addition to zero exposure to inevitable, subsequent media debates about the casting.

This is not the first time such a debate has reared its head. A woman of West African ancestry played the 15th century Queen of England, Margaret of Anjou in the BBC’s historical drama The Hollow Crown. The only objectors to this, apparently, were knuckle-dragging racists. But when Scarlett Johansson was cast in the live action remake of a Japanese animation she was accused of “whitewashing.” Writing about Angelina Jolie’s possible role in an upcoming film about the Hellenistic Egyptian queen Cleopatra, a contributor at Yahoo stated that Jolie “needs to step down.” The writer tied herself into knots suggesting that maybe the queen was in fact a person of color: she was “considered to have both Greek and Persian heritage” and “because Cleopatra could speak Egyptian… historians have suggested her mother was native to the North African country.” Finally we arrive at what is really important, the amount of possible melanin in Cleopatra’s skin: “It seems more than likely that Cleopatra was not as white as the women who have brought her to life on screen. She was probably mixed race, of Greek Macedonian, Persian and Egyptian descent, with an olive to light brown skin tone.” It is for these reasons Angelina Jolie is apparently unsuited for the role. One wonders why these rigorous purity tests do not apply to West African men and women playing Ancient Greeks and medieval Europeans.

This is not to say that there is no loss of authenticity when a film about Ancient Greece is shot in the English language or with Northern European actors. Mel Gibson achieved an astounding sense of realism with The Passion of the Christ and Apocalypto by shooting both in the appropriate languages. But translation is so deeply embedded in our culture that it doesn’t seriously affect a production’s feeling of authenticity. For better or worse, one doesn’t wonder how aliens living in a galaxy far, far away speak English. Nor do we read Flaubert or Tolstoy with much awareness that we aren’t reading the exact words written by either author. As for non-Greek westerners playing Greeks, actors need only look the part. Nobody should be demanding actual ethnic purity. A German or an Englishman looks enough like an Ancient Greek that it suffices.

By way of contrast look at how Disney cast the 2016 animation Moana. (The following paragraph is taken from the film’s Wikipedia page):

Isn’t such dedication to ethnic authenticity remarkable at a time when Achilles and Zeus — two central figures of the ancient Greco-Roman world — are played by black men of West African ancestry? (It might interest some to note Dwayne Johnson who plays Maui in Moana also played Hercules in a 2014 film about the Greek god.)

It all makes me wonder what Disney were thinking while casting Moana. Clearly they saw a certain importance in having people of Polynesian ancestry act in the film, but why such slavish devotion to casting Polynesians in an animation when the actors can’t actually be seen?

It’s certainly nothing to do with their voices — many of the actors have generic American accents or were raised in New Zealand. It’s as if Disney believed their ethnicity carried with it some magical legitimacy that would reflect better on the film.

So, the problem is not that Disney “Polynesia-washed” Moana. It’s that Europeans are expected to have their own cherished historical figures played by people of wholly different heritage while everyone else’s are treated with kid gloves. In an animation this wouldn’t be a problem — unlike Disney’s rather extreme policy of ethnically pure casting, having Morgan Freeman or Denzel Washington voicing a cartoon Zeus wouldn’t be an issue. After all, these are just voices. Remember it was the African-American actor James Earl Jones who voiced Darth Vader (the ‘white’ Anakin Skywalker under all that machinery) and this never caused any complications for the viewer. But consider what the casting of a Disney animation about Ancient Greece would be like today if they applied the casting rules of Moana. You might have Jennifer Aniston and Zach Galifianakis in the lead roles with songs by Tommy Lee.

Maybe it is my own fault that a black Achilles causes my concentration to break and a more zen-like approach to viewing is necessary to maximize enjoyment. But can you imagine a film about the life of Nelson Mandela with the role of Mandela going to Richard Gere? Or a film about Malcolm X, with the firebrand leader played by Aziz Ansari? How about a movie about the Dalai Lama with the revered monk played by Denzel Washington? If you could sit down and watch those films and maintain your suspension of disbelief throughout, blind to all except the performances, I have genuine admiration for your powers of concentration. If, as I suspect, you couldn’t, then consider listening to the arguments of those who take issue with “people of color” playing white people in the movies.

There is no doubt that the American civil rights movement and similar developments around the world resulted in an admirable color-blindness in certain contexts. An establishment actor such as the aforementioned James Earl Jones seems to genuinely transcend racial boundaries when performing Shakespeare, and so perhaps familiarity breeds acceptance. If this is the case then the casting of someone in the role of Achilles, for example, needs serious consideration. Because just as the Polynesians deserve casting that is thoughtful and appropriate, so do Europeans.

Derek Hopper is an Irish writer and lecturer who lives in Bangkok.