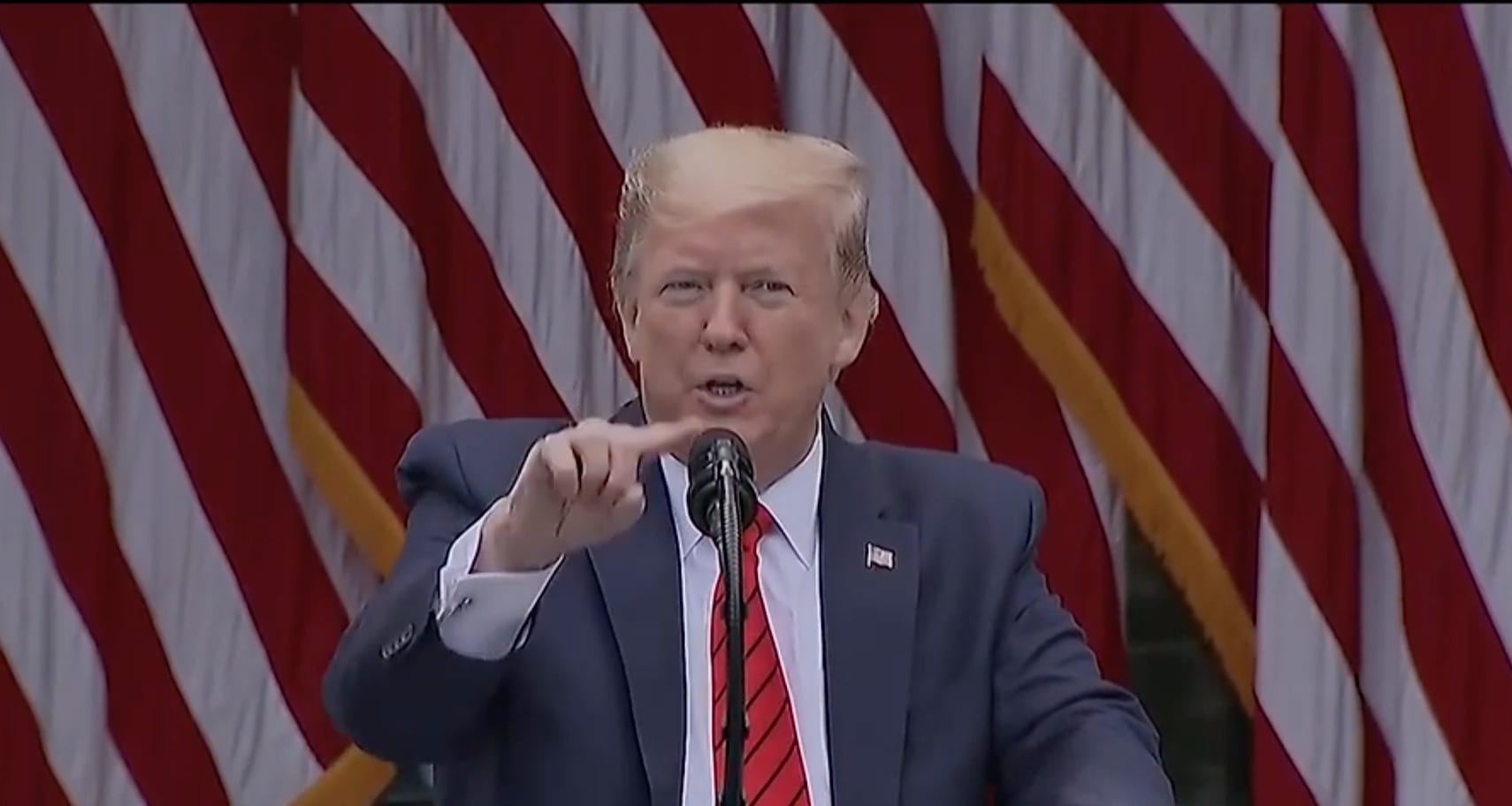 In a nanosecond the image captured what has become the now ongoing problem of the mainstream media sabotaging their own credibility.

The president, who was not wearing a mask had behind him Dr. Anthony Fauci and Dr. Deborah Birx, both of whom were wearing masks. Replied the president:

Not long after, there was video of Collins herself in the press briefing room following a presser with White House Press Secretary Kayleigh McEnany. Collins was not only not socially distanced from others — she was not wearing her mask. When the video made the rounds and the president saw it, he tweeted, “A CNN Faker!” To which a furious Collins responded,

Nearly 90,000 Americans have been killed by coronavirus and the president is tweeting about me pulling my mask down for six seconds on Friday.

Fake News keeps asking President Trump why he’s not wearing a mask, but NEVER asks Gov Cuomo. Media now wears their masks on camera, but they rip them off as soon as they’re off camera. 100’s of pictures of them doing that. #MaskGate #MAGA

Meanwhile, on another press conference occasion, CBS News correspondent Weijia Jiang asked Trump why it was so important that the United States do better than other countries in testing for the virus. The Washington Post wrote up Jiang, her question, the president’s response, and Jiang’s follow-up question to him this way:

At a Rose Garden press briefing, CBS News correspondent Weijia Jiang asked the president why he so frequently claims that the United States is doing “far better than any other country” at testing for coronavirus. “Why does that matter?” she asked. “Why is this a global competition to you if every day Americans are still losing their lives?”

Jiang, an American journalist of Chinese descent, seemed taken aback and asked, “Why are you saying that to me, specifically?” He replied that he would give the same answer to “anybody that asks a nasty question.” Seconds later, he abruptly ended the news conference and walked off.

In other words, out of the blue, Jiang played the race card. Pure identity politics. It made no difference that Trump has been talking about the U.S.–China relationship for years, that he campaigned on it, and that he has made much of the trade relationship between the two countries and his anger at China for not accurately informing the world of what was happening with the virus.

No, no. To respond as he did meant, but of course, that Trump would be cast as a racist. (And by the way, Jiang’s biography says that Jiang was born in China and left with her parents when she was … wait for it … two years old. She was, in fact, raised in West Virginia. But instead of seeing herself as an American journalist, a professional — when the camera was on her she chose to play the race card in answer to a typical Trump reply that had zero racial reference associated with it.)

One could go on here. But what is really at issue is way beyond one reporter removing her mask while demanding Trump wear his or another playing the race card in response to a policy question on China.

What neither Collins nor Jiang seem to understand is that when they behave in this fashion it damages the credibility not just of themselves but their networks, voluntarily putting themselves out there as symbols of snotty media elitism. And suffice to say the credibility of the media at large is in terrible shape with the American people.

Back there in the ancient universe of 2017, the Hill was headlining this:

Nearly two-thirds of Americans say the mainstream press is full of fake news, a sentiment that is held by a majority of voters across the ideological spectrum.

According to data from the latest Harvard-Harris poll, which was provided exclusively to The Hill, 65 percent of voters believe there is a lot of fake news in the mainstream media.

That number includes 80 percent of Republicans, 60 percent of independents and 53 percent of Democrats. Eighty-four percent of voters said it is hard to know what news to believe online.

“Much of the media is now just another part of the partisan divide in the country with Republicans not trusting the ‘mainstream’ media and Democrats seeing them as reflecting their beliefs,” said Harvard-Harris co-director Mark Penn. “Every major institution from the presidency to the courts is now seen as operating in a partisan fashion in one direction or the other.”

There is a reason not just for the existence of Fox News but its repeated success in the ratings. Rupert Murdoch and Roger Ailes’ creation exists and thrives because millions of Americans have long, long ago come to the conclusion that the mainstream media is in reality all about liberal, left-wing activism that is unsuccessfully disguised as journalism.

Suffice to say, by their actions CNN’s Collins and CBS’s Jiang have done nothing to dissuade millions of Americans from this assessment. And everything to reaffirm it.

Even more to the point? It is a very safe bet neither one of them gets it.