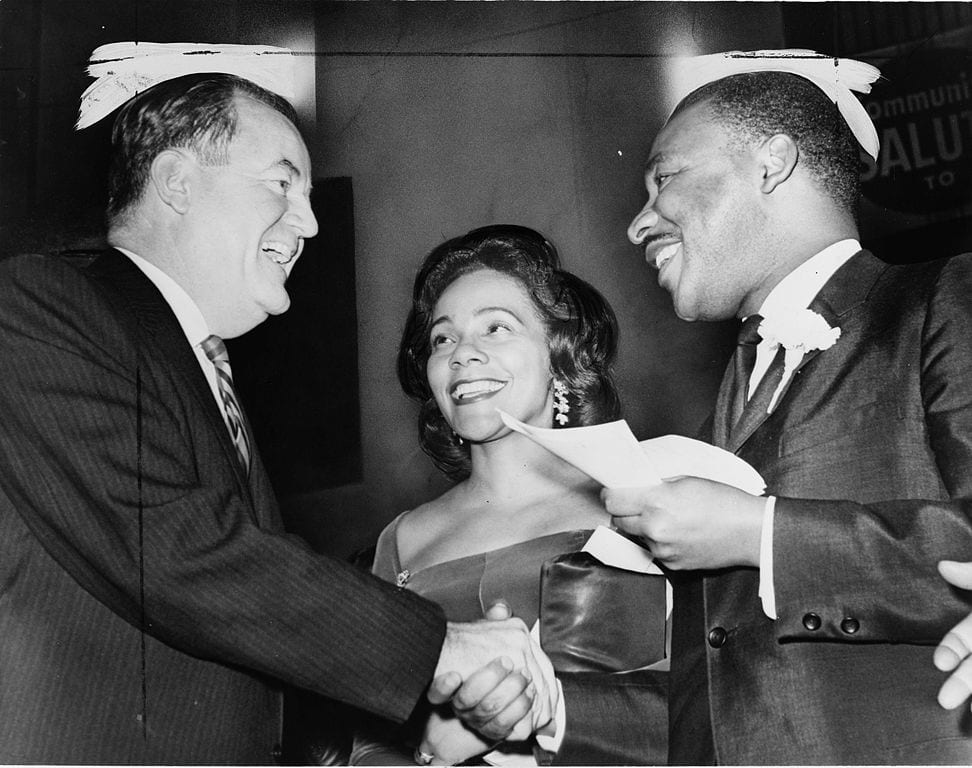 In a remarkable piece for CNN.com, writer John Blake underscored three ways we need to “update” our knowledge of Martin Luther King Jr. “to see how he spoke not only to his time, but to our time as well.” No. 2 is this eye-opener: King “was a socialist before it was cool.” Blake writes:

There was a time in American politics when calling someone a socialist was a slur. Not anymore….

One of the most popular politicians in recent times is Vermont Sen. Bernie Sanders, a self-described Democratic Socialist who almost captured the Democratic nomination for president. A 2016 Harvard University poll said 51% of young Americans — 18- to-29-year-olds — oppose capitalism. And a poll conducted the next year by YouGov and the Victims of Communism Memorial Foundation found that most American millennials preferred to live in a socialist country than a capitalist one. The reasons why some millennials prefer socialism have been documented…. King had similar misgivings.

Blake quotes leftist historians commending King as everything from a redistributionist to a “democratic socialist.” King “called for universal health care and education, a guaranteed annual income and the nationalization of some industries.” Blake offers quotes from King:

In a 1966 speech to his staff, he said: “There must be a better distribution of wealth, and maybe America must move toward a democratic socialism.”

Blake clarifies that while some say King gravitated toward socialism later in life, he saw its “possibilities” first as a young man. He cites a King letter to his future wife, Coretta Scott: “I imagine you already know that I am much more socialistic in my economic theory than capitalistic. So today capitalism has outlived its usefulness. It has brought about a system that takes necessities from the masses to give luxuries to the classes.”

Well, isn’t this just great? Martin Luther King Jr., we’re now assured with a cheer, was not only a socialist, but it’s now okay—actually, it’s cool—to call him a socialist.

I’ve had students over the years ask me if MLK was a socialist and, moreover, soft on communism. I’ve admonished them: Don’t go there. If you even raise that possibility, in writing, liberals will destroy you. Instant career-killer.

In my book Dupes, I considered delving into MLK and Vietnam, and specifically the way that certain ’60s closet communists wanted to use him, to manipulate him, particularly for a major April 1967 “anti-war” rally in New York City, where the comrades were licking their chops in hopes that King might be useful prey for their purposes. I had at least enough for a full chapter. I didn’t do it. In the final copy of the book, there are merely two passing references to King.

I still have an email from one African-American gentleman — who worked for one of the major cable news organizations — imploring me to dig into King. No way, I told him. You do it.

One more example: I was asked some time ago (late 1990s, I believe) to write a review of an edited collection of King recordings broadcast by the Canadian Broadcasting Company on the Vietnam War. I was asked to consider the question: Wasn’t this stuff not only pro-socialist but maybe even pro-Viet Cong? I decided not to touch it with a ten-foot pole. Did I want to be blacklisted by the progressive priests and priestesses of “diversity” and “tolerance”?

In fact, I believe the only MLK piece I’ve ever published was a highly favorable article (deservedly so) on him speaking in East Berlin in September 1964. And for that piece, the Washington Post editor was extremely sensitive.

That piece practically made King out to be a Cold Warrior.

And with all of that said, I still must pause to add, for the record, that fully figuring out King’s sympathies toward socialism isn’t easy. It’s complicated, though I never dared go there. Apparently, though, with socialism now “cool,” it’s cool to go there.

This will be a revelation to conservatives, especially those over age 50 who remember painfully the attacks on conservatives who had been reluctant to celebrate King because they were quite bothered not with where he stood on race but ideology. When they raised those concerns during debate over an official MLK holiday, they were roundly condemned as bigots. Above all, they were told, with great vehemence by liberals, that King wasn’t a socialist and that they were reprobate McCarthyites (with white hoods to boot) lunging for reasons not to commemorate King.

It’s now cool to call him a socialist?

Gee, liberals, this is confusing. Do tell, please: What’s permitted and not permitted for us conservatives? How about just a tad bit of consistency? Is that too much to ask?

Alas, among the three ways that John Blake lists MLK as relevant for today — all ways that leftists will applaud — there’s something he neglected, and which I’d like to place high on my list: Martin Luther King Jr. was a brave and eloquent advocate for religious liberty, for Natural Law, for God’s law, for resisting a government that tries to force people to violate their freedom of conscience. In no less than his beautiful Birmingham Jail letter, the Rev. King quoted Augustine and Aquinas. With elegance and excellence, King wrote:

That’s a powerful lesson for today as King-admiring progressives bully, harass, coerce, fine, sue, shut down, smear, demonize, dehumanize, and even jail Christian bakers or florists or clerks who don’t bow to their redefinition of the multi-millennial Judeo-Christian understanding of male-female marriage. These people of conscience are being compelled to follow laws they consider unjust and immoral, that are not rooted in eternal law and natural law. In response? Liberals grant them no toleration; to the contrary, they seek to ruin them.

So, how about considering that as we look to update King for our time? I’ll take that MLK. Will liberals?