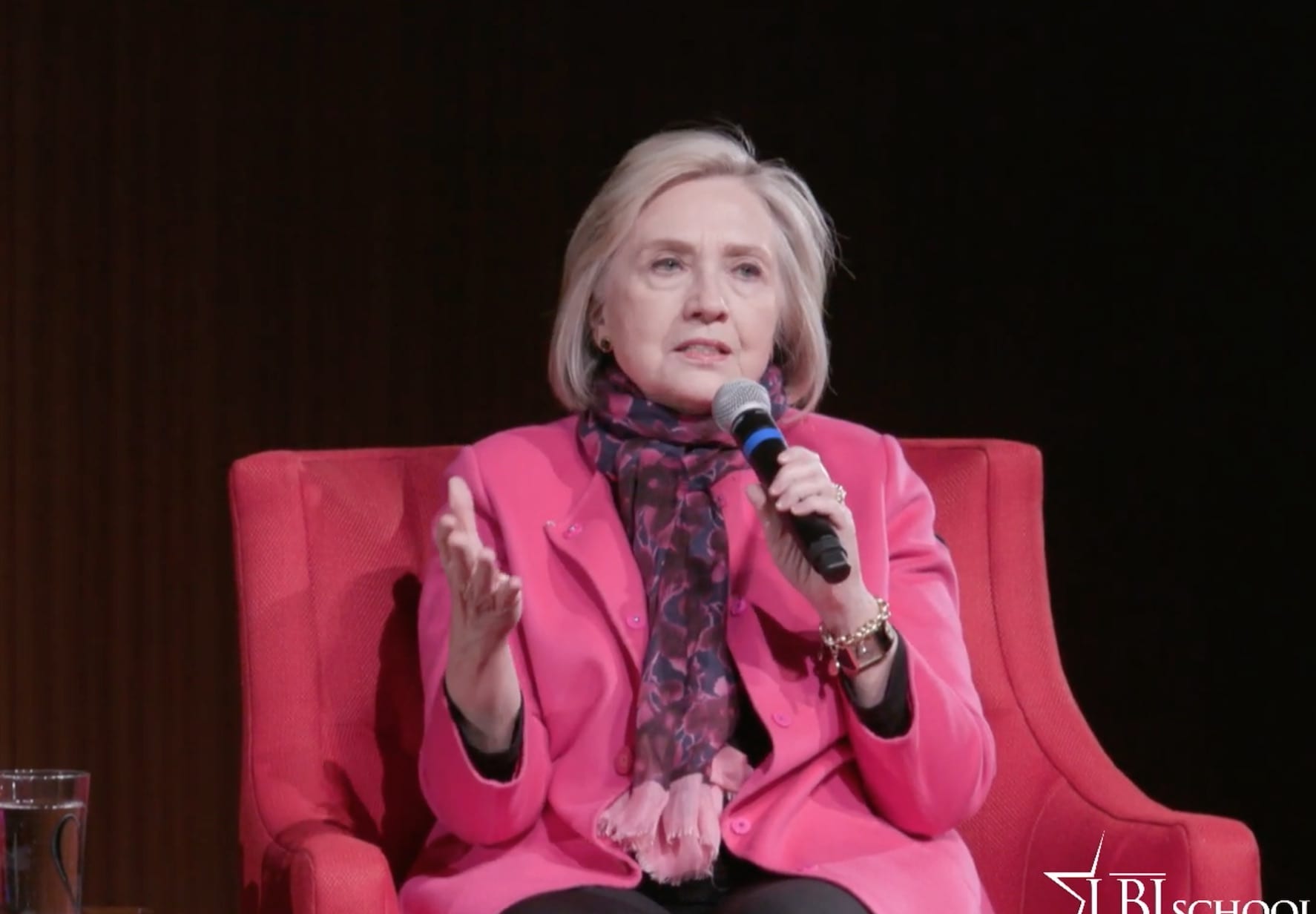 Tuesday evening Hillary Clinton told a crowd that Stacey Abrams, the apparent loser in Georgia’s recent gubernatorial election, would have won the race if not for Republican chicanery. She claimed — without evidence, to use a term much beloved of the media lately — that the “people on the other side” were guilty of undermining the rights of Georgia voters:

Stacey is really in the arena and she is fighting for the right to vote and have your vote counted.… If she had a fair election, she already would have won.

Abrams is running around the Peach State looking for enough votes to force the apparent winner, Republican Brian Kemp, into a runoff. According to the website of Georgia Secretary of State Robyn A. Crittenden, Abrams is behind Kemp by 54,977 votes. To force a runoff she needs to “discover” enough new votes to drive Kemp’s percentage below 50 percent.

Clinton began braying about the Georgia contest during an awards ceremony at the University of Texas at Austin, evidently without bothering to verify that the balderdash she had been told about the Abrams-Kemp contest had any basis is reality. She provided no information in support of her claim that the Georgia gubernatorial election was unfair.

Abrams herself has repeatedly accused her opponent of somehow “suppressing” the minority vote when he was Georgia’s secretary of state, but a majority of the numerous lawsuits she has filed have been against heavily Democratic counties such as Chatham, DeKalb, and Dougherty in order to force them to count invalid, provisional, and pending ballots.

Abrams has secured a couple of favorable rulings involving the certification date and whether one county must include some “iffy” votes. But, unless she pulls a Godzilla-sized rabbit out of her hat, she won’t hit her goal. Meanwhile, Hillary has forgotten her own 2016 rant about Donald Trump’s reluctance to accept (in advance) the result of a “rigged” election:

That’s not the way our democracy works. We’ve been around 240 years. We’ve had free and fair elections and we’ve accepted the outcomes when we may not have liked them and that is what must be expected of anyone…

But just because Hillary has become forgetful in her dotage, that doesn’t mean Abrams can’t adopt this noble principle. It would put Georgia’s voters out of their misery.